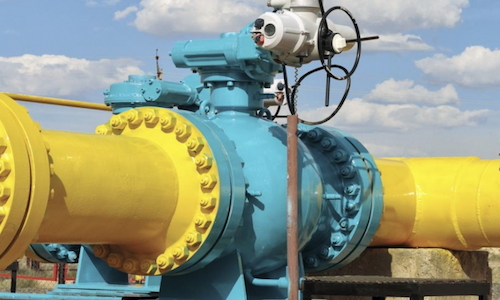 BACKGROUND: After Azerbaijan started its journey as an energy state upon signing the “Contract of Century” in 1994 with its international partners to embark on the exploitation of the Caspian Sea’s hydrocarbon resources, the ensuing developments were outcomes of the energy strategy initiated by the late President Heydar Aliyev. The Baku-Tbilisi-Ceyhan and Baku-Tbilisi-Erzurum oil and gas pipelines, respectively completed in 2005 and 2006, further enhanced Azerbaijan’s role as an energy producer and exporter country, as well as several large-scale regional energy infrastructure projects. Azerbaijan boasts 2.6 trillion cubic meters of gas reserves and when the existing Baku-Tbilisi-Erzurum pipeline did not suffice for the transportation, the idea of the SGC gained momentum in 2013.

Another important development for the SGC in 2013 was the finalization of the debate over the project’s final itinerary, when Azerbaijan selected TAP over the competing Nabucco-West project for transporting Caspian gas reserves to Europe. The 3,500 km-long corridor consists of four segments – the Shah Deniz-II project, the Southern Caucasus Pipeline Extension (SCPX), the Trans Anatolian Pipeline (TANAP) and its final portion, TAP. The Corridor passes through seven countries – Azerbaijan, Georgia, Turkey, Bulgaria, Greece, Albania and Italy, with Italy as the final destination to receive Caspian gas. The official inauguration ceremony of the SGC took place on May 29, 2018, in Baku and Phase 0 of TANAP on June 12, 2018, in Eskishehir, Turkey. Phase 1 of TANAP was inaugurated on November 30, 2019, in Ipsala, Turkey.

Turkey already receives gas via TANAP and is as of June 2020 expected to receive 6 billion cubic meters of gas per year (bcm/y). Europe is set to receive 10 bcm/y and its first harbingers have already arrived in Albanian territory. The SGC is scheduled to become fully operational by fall 2020 and TAP is 95 percent complete, despite previously facing some problems in Italy’s south over environmental concerns. After these were addressed, the Italian Government finally approved TAP at the end of 2018. The project has since progressed according to plan and even the challenges induced by COVID-19 did not halt the success of the SGC.

IMPLICATIONS: The COVID-19 pandemic has brought many uncertainties alongside the global lockdowns, and global economic activity has naturally slowed down. The consequences of the pandemic will likely be felt for a long time as it has sent shockwaves throughout the existing global order and economy. While many projects and economic initiatives have been on hold for some time now, works on the SGC continue towards completion. At its initial stage, the SGC is set to deliver about 16 bcm of gas per year, 6 to Turkey and 10 to Europe. However, the project is also built with potential expansion capacity, which could be increased up to 31 bcm in SCPX and TANAP, and up to 20 bcm for TAP – thus doubling the latter’s capacity. Azerbaijan also possesses further gas reserves in its portion of Caspian Sea, in the Absheron, Umid and Babek fields, as well as Karabakh, Dan Ulduzu and Ashrafi – that could in the future provide additional volumes for the infrastructure and increase gas exports to Europe.

The final stage of SCG’s implementation is already underway and successful completion of TAP and the Corridor overall seems to be just around the corner with the first gas pumped into the Albanian section of the pipeline. With the finalization of works on TAP and completion of the SGC as planned in the end of 2020, Azerbaijan will contribute to the energy security of Italy as well as countries in South Eastern Europe. Through the SGC, Azerbaijan will ensure the diversification of routes and sources of natural gas alongside contributing to the continent’s efforts to decrease carbon emissions. TAP also stands out as an important connecting core within the SGC, and can via its linkages to other interconnectors in Europe, such as Interconnector Greece Bulgaria (IGB), Ionian Adriatic Pipeline (IAP), Bulgaria-Romania-Hungary-Austria gas pipeline (BRUA project), open up perspectives for other countries to benefit from new supply sources.

The SGC is also associated with many social benefits, including new employment opportunities in the participating countries, with positive impact on their economies. This demonstrates that the SGC is built in accordance with the sustainable development goals not only of Azerbaijan, but also of other participating countries. Further underscoring the SGC’s importance, the EU has included the project in the European Commission’s list of “Projects of Common Interest.”

Despite currently enjoying full support from the EU, there are concerns that potential changes to EU energy policies with the adoption of the “Green Deal,” which is set to make Europe carbon-neutral by 2050, may also alter the position of the SGC in Europe’s list of priorities. However, at the 6th meeting of the SGC Advisory Council on February 28 2020 in Baku, the Deputy Director General of the European Commission’s Directorate-General for Energy Klaus-Dieter Borchardt, made clear that this should not affect already working projects like the SGC, whereas going carbon-neutral in fact does not totally rule out the need for gas in the EU. The SGC also remains an important component of the EU’s strategy to reduce its high dependence on a single supplier, by diversifying sources and export routes.

Besides its immediate strategic objective, the SGC is also a huge infrastructure project – a multimillion megaproject –hence its name, “The Corridor.” The implementation of the Corridor became possible only through consistent and targeted international cooperation, partnerships, political will and unity of purpose, which also means that other countries wishing to use the infrastructure that is already in place could potentially benefit from this partnership. It once again testifies to the fact that the SGC carries great potential to contribute significantly to Europe’s energy security. However, it is also a two-way street and the EU’s demonstration of continuous support for the SGC and its future perspectives remains important.

CONCLUSIONS: We recently witnessed another momentous achievement in the development of the SGC as the first gas was pumped into the 4 km section of TAP in Albania, at the Greek-Albanian border. Further plans include the gradual introduction of gas into other parts of the Albanian portion of TAP in the nearest future. This milestone was particularly important since it came amid the COVID-19 pandemic, which could potentially have posed serious obstacles to the SGC’s progress. This, however, did not happen and as the situation stands today, works towards the timely completion of the SGC seem to continue unabated to the greater benefit of Azerbaijan, its immediate neighborhood and ultimately Europe’s energy security. This also once again attests to the importance attached to the SGC by its international partners.

Dr. Esmira Jafarova is a Board Member of Baku-based Center of Analysis of International Relations (AIR Center) and the author of the book Conflict Resolution in South Caucasus; Challenges to International Efforts, by Lexington Books, 2015.

More in this category: « Russian Taliban Payments Underscore Moscow’s Afghan Challenges Afghan President and Rival Agree on Power-Sharing Formula: Will it Lead to Lasting Peace in Afghanistan? »
back to top