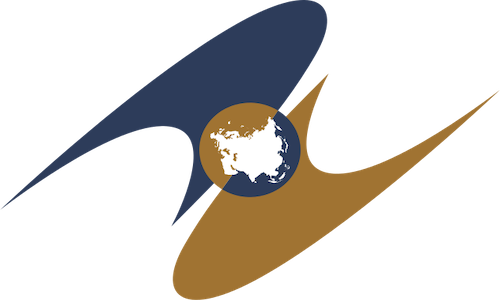 BACKGROUND: First, Russia and Saudi Arabia jointly launched an oil price war to grab market shares from each other and throw U.S. producers to the wall. The ensuing crash of energy prices represents a serious blow to EEU member Kazakhstan, as well as Uzbekistan, Turkmenistan and Azerbaijan. These governments had to come up quickly with economic rescue plans to counter the effects of a sharp and potentially protracted fall in energy prices. The Coronavirus then began to hit them and Russia with its full force. Once again, Moscow threw them under the bus. With great fanfare, Putin dispatched a plane full of supplies to the U.S. without consulting or notifying his partners – as stipulated by the EEU’s rules. Russia also sent 2 million masks to China, on a similar basis. It did send Kazakhstan equipment for Corona virus testing, however, there have been no reports of subsequent dispatches of aid to Central Asia.

Finally, in mid-March, Moscow shut its borders to Central Asian migrants.  Russia was not alone – Uzbekistan also closed its borders to Tajiks and other Central Asians. Yet while these moves may have represented sound epidemiological principles, they also came at the start of the high season for migrants looking for work in Russia and Moscow offered no compensatory gestures. Thus, for an unspecified duration, Central Asian governments and families will lose a significant amount of critical foreign earnings and remittances.

The common denominator in all these events is Russia’s telling lack of concern for or interest in alleviating the repercussions of these moves for other members of the EEU. Even though the Coronavirus was already raging abroad, very much at the behest of Rosneft head Igor Sechin, Russia deliberately opted for an energy war with Saudi Arabia in the belief that it could outlast its rival. Apparently, no thought was given to how this would rebound on Central Asia and how that might affect Russian interests there, or to the statutes and spirit of the EEU. Predictably, given the coincidence of the Coronavirus, the ruble collapsed along with energy prices, leading to clear signs of panic in Moscow due to its profound miscalculation of the real energy market situation.

Similarly, the flights to the U.S. and an equally well-publicized flight and shipments to Italy, which turned out to be largely junk, were staged for propaganda purposes and in Italy’s case for possible intelligence reconnaissance of NATO chemical and biological capability sites. While Central Asian states do not need Russian throwaways, the EEU is mandated to consult among its partners and there is little evidence of Russian medical or economic help to its fellow members. Lastly, the unilateral shutdown of borders with no offsetting policies also bespeaks a profound lack of interest or concern for the EEU, which Putin claimed was the cornerstone of his foreign policy when he ran for president in 2012. It is almost as if having established the EEU, Russian officials now believe they do not have to think about it or take its members’ interests and concerns very seriously.

Russian analysts were telling Azerbaijan and by extension other regional energy producers that they expected OPEC to meet and with President Trump’s influence, Riyadh and Moscow would reach a deal that raises prices. While such a deal indeed took place, it was too little and too late to rescue the oil price. Thus, Russian policy has either been wishful thinking or utterly autistic regarding its partners if not both.

IMPLICATIONS: Edward Luttwak has written of great powers’ autism, their insensibility to the interests of other powers, not least the interests of their partners or clients. It is very clear that Russian elites have not and possibly cannot relinquish their imperial proclivities. They think about Central Asian governments as mere dependencies and second or third-rate states. Real politics and real policy therefore only occur in relationship to the U.S., China or major European governments and institutions like NATO and the EU, not Central Asia or the Caucasus. Therefore, when Russian interests, or those of a major oligarch like Sechin, are at risk these states are sacrificed. As is typical of the Putin kleptocracy, Sechin clearly thought only about what he perceived as Rosneft’s interests and not those of other energy producers or of the Russian state’s overall economy. Yet his repeated miscalculations do not seem to have impaired his standing.

For the EEU, this stress test shows once again that it is largely an institution erected by Russia to protect its imperial interests against the EU and China’s economic power. When Russia devalued the ruble in 2014-15, it also gave little or no thought to the interests of the EEU’s members and they suffered accordingly. Obviously, this kind of policymaking continues and will not stop.  Yet it also vitiates any claim that the EEU operates along lines similar to that of the EU for the mutual benefit of all its members. The other EEU members all know this and are clearly looking to expand their trade and investment horizons to the West and China. The predominance of Central Asian trade with states and markets other than Russia underscores that determination to look elsewhere for other credible, real, and effective partners.

Their quest for effective and genuine partners will likely continue even during the present crisis and certainly afterwards. China remains the economic powerhouse in Central Asia, but the recent U.S. and EU strategies suggested, at least before the current crisis, that they might intensify their economic presence in Central Asia. Since Central Asia’s needs for recovery during and after this crisis will likely grow by a factor of magnitude, the opportunity is there for all interested players to include not just China, the U.S., and he EU but also South Korea, Japan, and India to increase their economic presence in Central Asia through greater trade and investment. It should be clear from this and past episodes that Moscow is essentially an obstruction to Central Asia’s progress and neither can, nor will provide either the tangible or intangible resources for the region to move forward except regarding energy and weapons. Even in these areas, Russia is encountering stiff competition.

The current crisis has also brutally exposed the shortcomings of institutions like the UN and the EU, not to mention regional organizations and governments elsewhere, not least the U.S. government. While most states and organizations have responded by unilateralism and an attitude of me first, it is noteworthy that Uzbekistan’s President Mirziyoyev has accurately “read the tea leaves” and is pushing for enhanced regional cooperation, including with Afghanistan, to meet this crisis. To be sure, these actions represent a continuation of what has been his consistent policy since becoming president in 2016. However, it is arguably a correct insight into what the region needs because other Central Asian states have followed suit and there is visibly more interest in regional cooperation than as late as 2015.

CONCLUSIONS: The examples offered here of Russia’s callous disregard for Central Asian interests not only extend a long-standing Muscovite political mentality; they also are a spur towards further regional cooperation. Since Russia cannot be relied upon and Chinese help, though necessary, comes with too many strings attached, Central Asian states need not only to continue diversifying their foreign affairs portfolios, they must find ever increasing ways to work together to confront common challenges. Many institutions have found themselves weighed in the balance in this crisis and have failed to rise to the occasion. These visible failures are already driving commentators to call for a return to economic nationalism. That was tried in the 1930s and the results are all well known. Given their experience with Russia in this crisis, Central Asian governments might find creative new ways to meet challenges by innovative and deeper forms of regional cooperation. If they follow this course, not only will they profit thereby, they will be an example to the rest of us.

Stephen Blank is a Senior Fellow with the Foreign Policy Research Institute (www.fpri.org).

More in this category: « Iran's COVID-19 and Pakistan's Vulnerability COVID-19 and Afghanistan's Conflict Dynamics »
back to top