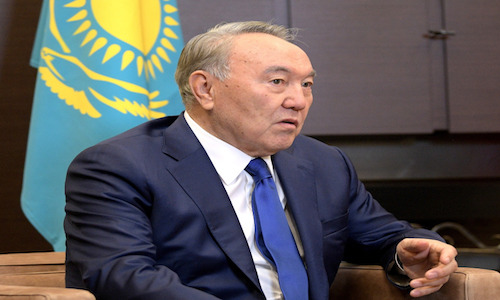 BACKGROUND: The death of five children from a single family in a house fire caused outrage in social media and triggered women-led protests in Kazakhstan’s capital Astana and multiple other locations across the country. A unifying theme of the protesters is that that parents working low-wage jobs struggle to make ends meet and to give their children proper childcare and housing. The tragic deaths channeled widespread criticism of the government, which has long encouraged families to have more children but failed to provide them with an adequate social safety-net. The rallies demanded that the authorities address the most pressing problems and provide better social allowances, more places for children in kindergartens, and proper housing. Additional protests took place in the city of Zhanaozen, located in western Kazakhstan, against high unemployment rates and low wages in the region. In late February, activists staged a protest in front of the ruling Nur-Otan party headquarters in Astana. The February protests are not isolated incidents – a creeping mood of social discontent triggered by socioeconomic hardship has been apparent in Kazakhstan for several years.

While the authorities applied familiar practices of intimidating and suppressing the protesters, the reactions were visibly anxious over the public upheaval. In late February, President Nazarbayev harshly criticized cabinet members and local governors for failing to address basic social needs and the country’s poor economic performance and then dismissed the entire government. The reshuffle also included the head of the Central Bank after Nazarbayev criticized the poor condition of Kazakhstan’s banks. Moreover, the president put forward his own plan to allocate additional funds for low-income large families and raise salaries in the public sector. The unprecedented government reshuffle and surge in social benefits appears to be a political maneuver to defuse the protest mood. Nazarbayev intended to signal resolve and to improve his popular standing vis-a-vis the inept cabinet, although his own electoral promises to diversify the economy and improve socioeconomic conditions remain to be fulfilled. In a surprise move only weeks after the cabinet reshuffle, Nazarbayev himself tendered his resignation.

IMPLICATIONS: Nazarbayev’s resignation, announced in a televised address to the nation on March 19 with immediate effect, adds to the uncertainty regarding Kazakhstan’s future political and economic landscape. After stepping down, the former president will retain a considerable degree of authority as Leader of the Nation, Chairman of the Security Council and of the Nur-Otan party. The Senate Speaker, Kassym-Jomart Tokayev, will be the acting Head of State until the next scheduled presidential elections in 2020. Tokayev is a close associate of the former president. He has substantial experience in the senior ranks of diplomacy and government and is a former prime minister and foreign minister.

While the timing may have been surprising, the president’s resignation itself was not unexpected. In the past few months, speculations over an impending succession have been frequent given Nazarbayev’s advanced age and frequent government reshuffles. Whereas the president dismissed talk of snap elections or resignation, many analysts pointed out that the frequent changes within the government in 2018 and early 2019 suggest that the positions of various factions in Kazakhstan’s political elite have been in flux and that Nazarbayev is preparing for succession. Other steps taken by Nazarbayev, such as requesting clarification from the Constitutional Court regarding an article of the main law that covers the length of the presidential term, only added to the speculations. In mid-2018, Nazarbayev also became Chairman of the Security Council, immediately after it was transformed into an influential body designed to draft and implement state policies, which would allow him to retain an important position in Kazakhstan’s political system after stepping down as president.

These changes at the top come at a very inopportune moment. The popular unrest that Kazakhstan currently experiences is a direct consequence of the deeper crisis in its commodity-dependent economy. Thanks to its vast hydrocarbon resources, Kazakhstan has over the past twenty years been able to improve its economic performance, raise state revenues and sharply reduce poverty. However, the oil-fueled growth had its flip side – hydrocarbon wealth was unevenly distributed, creating a widening gap between the low-income underclass and wealthy urban elites, which accumulated a large part of the hydrocarbon revenues. Moreover, public funding derived from hydrocarbon exports were not managed efficiently, mainly due to pervasive corruption and a lack of proper oversight. State resources were spent on prestigious projects aiming to enhance Kazakhstan’s international image but were less available to the population at large. Overreliance on hydrocarbon-based growth made it harder to diversify the economy and boost growth in the non-oil sector, which is particularly important for hydrocarbon-dependent economies vulnerable to external shocks.

The vulnerability of Kazakhstan’s economy was exposed in 2014 when the country was hit by the sharp plunge in oil prices and the Western sanctions against Russia, a key trading partner. Kazakhstan’s GDP growth, which reached 10 percent annually in 2000-2007, has slowed considerably since 2014 to 1.2 percent in 2015 and 1 percent in 2016. Unemployment started to rise, while the sharp drop in hydrocarbon revenues necessitated cuts to the funding of social and infrastructure projects. Several devaluation rounds of the Kazakh tenge, ordered by the authorities to keep exports competitive, hit the country’s population especially hard. A large share of private savings was wiped out and soaring prices undermined the purchasing power of households, decreasing private consumption. To counter the negative effects of the crisis, the government had to implement costly economic measures financed by the sovereign oil fund and additional credits.

After 2016, economic growth has slowly started to pick up. Yet, despite the ongoing rise in oil prices, Kazakhstan’s economy still struggles to fully recover. The current problems can be attributed to the weakness of the Russian ruble, which in 2018 lost 20 percent of its value against the U.S. dollar. Russia remains Kazakhstan’s key trading partner, thus ruble depreciation had spillover effects on the tenge, which has also lost value against the dollar.

Another factor is the volatility in Russia’s financial market caused by additional U.S. sanctions against Russia in 2017. Kazakhstan’s authorities are now concerned over the possible implementation of even more punitive sanctions under the Defending American Security from Kremlin Aggression Act (DASKAA), which is currently under consideration in the U.S. Senate. In the past year, the government has undertaken several measures to counter the negative financial and economic trends, including large-scale privatization of state assets, boosting non-extractive industries and encouraging foreign investment particularly from China’s Belt and Road Initiative. Yet, the prospects for putting these ambitious programs fully into practice are rather limited since even in the oil-boom years, implementation of economic reforms was hampered by a lack of good management habits in public institutions and state-owned companies as well as corruption.

CONCLUSIONS: The government reshuffle and the hike in benefits could be a quick political fix to defuse the protest mood in Kazakhstan. However, the country’s core economic and social problems can be solved only through carefully implemented reforms. The recent course of events suggests that, as pointed out by several analysts, the frequent government reshuffles have had more to do with the impending presidential succession than with ineffective economic policy. Several factors indicate that the succession was carefully planned to ensure a smooth transition of power. However, it came at a very tense moment, raising concerns over the ability of top officials to ensure that political changes will not exacerbate uncertainty among Kazakhs and tackle the mounting socioeconomic problems. While neighboring Uzbekistan provides a recent example that smooth political transition is possible in Central Asia, the situation in Kazakhstan is complicated by rising popular discontent and a challenging economic situation.