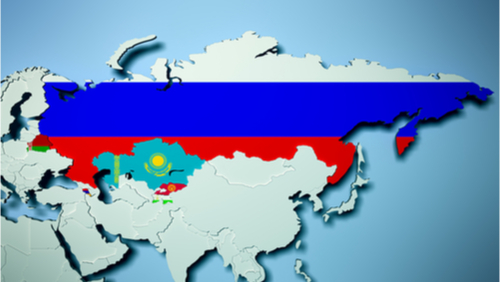 BACKGROUND: Protests began peacefully over skyrocketing fuel prices in the Western region of Mangystau. On the first day of the year, the government finalized its two-year process of phasing out subsidies for liquified petroleum gas (LPG), a common car fuel in Western Kazakhstan. LPG was so cheap, a thriving smuggling cottage industry emerged wherein the fuel was siphoned off to neighboring Russia. When price ceilings were fully removed on January 1, the LPG price per liter doubled overnight. Anger over the fuel price spike quickly intensified into widespread protests rooted in broader discontent with the direction of the country. An escalation to random violence by mobs, and later by attacks by armed gangs, especially in the largest city and the business hub Almaty resulted in governor’s office and the KNB and other law enforcement offices burned, and arsenals looted.

This was without a doubt the toughest stress test for Kazakhstan’s statehood since independence. Since the beginning of his tenure in 2019, President Kassym-Jomart Tokayev attempted to introduce several reforms, open channels for public discontent, accelerate upward social mobility, reduce income inequality, and expand freedom of expression. However, these policies were not fully implemented. A lack of responsiveness by the political system at every level resulted in insulation of the elite and weak feedback loops.

Slow reform implementation until 2022 has been compounded by worsening economic conditions. Although Kazakhstan is the wealthiest country per capita in Central Asia, many ordinary citizens feel left behind. While the country has five billionaires featured in Forbes World Billionaire List, the minimum wage is less than $100 a month. Half of the country lives in isolated rural communities with rising levels of poverty. Like in many other countries, high inflation also raised the price of goods to socially unsustainable levels. With freedom of assembly curtailed by COVID restrictions since 2020, discontent grew in a pressure cooker that exploded into the crisis witnessed in the past few weeks.

Initially, President Tokayev listened to and made concessions to the protestors. The government promptly reinstated price controls on LPG and ordered caps on the cost of petrol, diesel, and other consumer goods, despite costing the state hundreds of millions of dollars. In an acute security crisis, first president Nursultan Nazarbayev transferred the Chairmanship of the Security Council to President Tokayev, a step that was later ratified by the Parliament. The President also dismissed his cabinet including the prime minister.

However, as protests intensified and turned violent, the government reacted in kind. While the protests began peacefully, demonstrations became increasingly aggressive. Rioters clashed with police and burned government buildings. Violent rioters stole weapons from police precincts and the National Security Committee HQ in Almaty, with servicemen allegedly putting up little resistance. Fears arose that radical Islamists may have infiltrated the protests. At least one law enforcement officer was beheaded. Sources in Kazakhstan told this writer that some Central Asian members of violent fundamentalist groups who fought in Syria and Iraq had penetrated Kazakhstan.

The response was swift. On January 6 Karim Massimov, the powerful chief of the National Security Committee, was arrested on suspicion of treason, and two of his deputies were dismissed. On January 19th, President Tokayev fired the Minister of Defense and the Head of the National Guard. Events in the country suggest at the very least a failure of domestic security surveillance, early warning detection, preventive measures, and ultimately the initial crisis law enforcement appeared to be weak.

IMPLICATIONS: This escalating violence and security failure led President Tokayev to turn to the Collective Security Treaty Organization (CSTO) on January 5th. Without the CSTO he believed the country would plunge into even further chaos and the state may be lost. In his appeal to the Russia-led security bloc, he described Kazakhstan as being under siege by foreign-trained terrorist gangs who seized control of buildings, weapons, and even the country’s largest airport.

Chaired by Armenia’s Prime Minister Nikol Pashinyan, the CSTO decided to deploy a rapid reaction force to Kazakhstan. Russia sent the largest contingent from the alliance as its military assumed command and control of the mission. Troops from Belarus, Armenia, Kyrgyzstan, and Tajikistan were also activated. In total, more than 2,000 soldiers were sent to Kazakhstan. The contingent was mobilized quickly with the mission of supporting Kazakh security forces. It was repeatedly emphasized that the alliance would not and did not take part in the fighting. Instead, the Russian-led troops guarded key infrastructure such as government buildings and power stations, while Kazakh forces quelled the rebellion.

The CSTO withdrawal began January 13, one week after its deployment. Officials from the Russian government claim that the ‘peacekeeping” force was never intended to be deployed permanently. Despite the full exit by January 20, CSTO involvement has left a lasting mark on the region.

By successfully commanding an alliance that can crush revolutions and uprisings, and projecting airborne power, the mission in Kazakhstan demonstrates how Russia is regrowing its irridentist muscles. Although it seems to have acted with caution in this instance, Moscow demonstrated the ability to aggressively reshape the region in its favor. Beijing, Ankara, and Washington took note.

Empire builders and nationalists across Russia see crises like the one in Kazakhstan as an opportunity to rebuild the Slavic core. The rhetoric of rebuilding the empire is rampant in the Duma. Ultra-nationalist “Liberal Democratic” leader Vladimir Zhirinovsky called for the incorporation of Kazakhstan into Russia. Others like Sergey Mironov, leader of the Just Russia Party, called for the permanent deployment of a CSTO contingent in the country following the recent unrest. Even before the events of the past few weeks figures like Vyacheslav Nikonov, head of the Education and Science Committee, questioned the territorial integrity of Kazakhstan.

Typically, Moscow is the primary security guarantor in the region. However, these empire builders could face the wrath of another great power: China. Two days after the CSTO deployment, Beijing offered “security aid” and supported the actions of the Kazakh government. If Russia increases its military and security presence in Kazakhstan and greater Central Asia, it could impinge on Beijing’s geostrategic designs on the region – including the $27.6 billion worth of Chinese funds for new projects, half of which are for oil and gas. In a phone conversation between Chinese Foreign Minister Wang Yi and his Kazakh counterpart, China already offered military assistance to Kazakhstan. If future political unrest threatens Chinese investments, Beijing may no longer be content with exercising influence through economics alone.

So far Tokayev’s invitation of the CSTO has not derailed the “multi-vector” foreign policy pursued by Kazakhstan over the past 30 years. Achieving three decades of economic and security cooperation with geopolitical adversaries – Washington, Moscow, and Beijing (and to a certain extent the EU) – is a monumental feat. Tokayev, who served as the country’s foreign minister and Prime Minister, will likely continue pursue this balanced approach. Washington must be proactive lest it cede this strategically vital region to her geopolitical rivals on the Eurasian landmass.

CONCLUSIONS: The worst of the crisis appears to be behind us. The state of emergency has been lifted throughout Kazakhstan, and CSTO troops have left. The continuity of the state was preserved. Nazarbayev addressed the nation via video on January 18 expressing full support for his successor and the incumbent government:

Washington can start by improving its diplomatic and analytical activity in the region. High-level talks should occur promptly between the United States and Kazakhstan to assess and map out improvement and strengthening bilateral relations, assisting with reconstruction efforts, and offering humanitarian aid in these difficult times. U.S. should support the commitment by the Kazakh government to guarantee the safety and security of Western investments alongside heightened efforts towards economic, political, and social reform.

A C5+1 meeting should be called immediately. Kazakhstan’s crisis – and the Kremlin-led CSTO response –raised questions that Washington needs to have answered. Future challenges may require regional responses. Central Asia should develop contingencies and tools to collectively rise to the occasion, demonstrating its growing geopolitical agency as a region critical to global trade and security. Stability in the heart or Eurasia, and keeping malign meddling at bay, must be viewed as a national security priority for the United States and her allies.

Since the January unrest, President Tokayev has made clear his goal to accelerate several social and economic reforms, including pledging to address income inequality especially as it relates to tax evasion. The new, albeit experienced cabinet should use its expertise to balance cracking down on corruption and capital flight while assuring that the country remains an attractive destination for multinational investors. New privatization initiatives to assure real competition in the economy in the wake of corruption complaints levied on national companies is also a positive sign.

Kazakhstan needs to restore its reputation and measured foreign policy quickly, as the country must avoid becoming an area of friction between Moscow, Washington, and Beijing, who are jousting from Donetsk to Taipei. The Kazakh government is likely to work hard to restore the confidence of its people and the world. It has its work cut out for it.

AUTHOR’S BIO: Ariel Cohen, Ph.D., is a senior fellow at the International Tax and Investment Center (ITIC) where he heads the Energy, Growth, and Security Program (EGS). He is the Founding Principal of International Market Analysis Ltd, and also a Non-Resident Senior Fellow with the Atlantic Council.

More in this category: « The prospect of six-party regional cooperation in the South Caucasus EU support to civil society in Central Asia: time for a radical change »
back to top