In recent years, China has made significant economic inroads into Central Asia. A recently opened new transportation route linking Xinjiang to Uzbekistan could have large geopolitical repercussions. Although many questions remain as to how effective the corridor will be, particularly as the Kyrgyz section of the railway is still not completed, its likely continuation is via the Caspian towards the Black Sea ports. The route, a part of China’s Belt and Road Initiative (BRI), indicates the project’s success in Central Asia, which will be stoking apprehensions in Moscow. 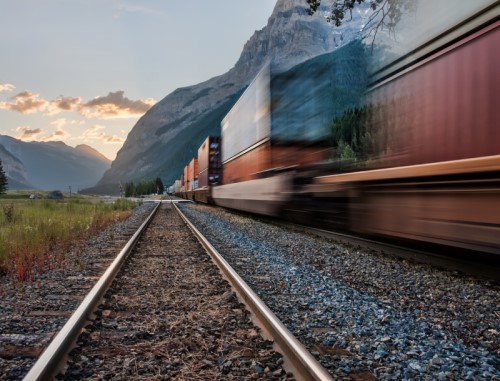 BACKGROUND: In June, China unveiled a new multimodal transportation route from its western border to the heart of Central Asia – Uzbekistan. The corridor starts from the Chinese city of Lanzhou and runs through Kyrgyzstan towards its final destination, Uzbekistan’s capital Tashkent. In the first test of the corridor, a train carried 230 tons of electrical appliances worth US$ 2.6 million to Tashkent. On a return journey, 525 tons of Uzbek cotton fabric worth US$ 1 million was brought back to China.

Talks about the construction of the China-Kyrgyzstan-Uzbekistan corridor have dragged on for decades. Finances have been a major problem as, for example, the 2012 plan involved constructing 50 tunnels and up to 100 bridges in Kyrgyzstan’s mountainous terrain, some sections of which are over 3,000 meters above sea level. In 2012 costs were estimated to US$ 2.5-3 billion but are now expected to become even higher considering how China’s large projects are operated in other countries – involving much larger costs than initially agreed upon.

An additional problem is Kyrgyzstan’s total government debt, currently amounting to US$ 4.7 billion, of which a significant share, US$ 1.8 billion, is owed to China. This makes Bishkek extremely dependent on and sensitive to China and its intentions (for example, China’s Exim Bank holds 39 percent of Kyrgyzstan’s total foreign debt). Therefore, China’s intention of placing the entire financial burden of constructing the railway on Kyrgyzstan, via loans, creates opposition in Bishkek. Indeed, according to some estimates, the project would push the debt ratio up to 86-92 percent of GDP.

China as well as other participants of the corridor intend to extend the route to the European market via the Caspian and Black Seas. The expansion of Georgia’s Poti port is particularly interesting as it involves the development of a 1,700-meter breakwater and a quay with a depth of 13.5 meters. A 400-meter multifunctional quay for processing dry bulk cargo and further processing capacity of 150,000 twenty-foot equivalent units (TEUs) will also be added, while the second expansion stage involves constructing a 300-meter container quay. Overall, the new route will be well placed within the expanding web of the BRI.

IMPLICATIONS: Problems are nevertheless likely to haunt the China-Kyrgyzstan-Uzbekistan project in the future. Kyrgyzstan’s politically unstable situation and poor economic performance, as well as Kyrgyz nationalistic sentiment against China stokes further obstacles to the railway project and its funding.

This explains why Beijing and Tashkent have agreed to introduce a combined road-rail corridor, which essentially means that freight from China will be unloaded in Kyrgyzstan and driven across the country by road to reach the Uzbek section of the railway. The route is intended to become only the initial section of a larger new international corridor running from China to Europe without transiting Russia. It would also serve as an eastward gateway for Uzbekistan, crucial given the country’s geography, and even contributing to turning it into a regional transit hub. The new corridor is about 300 kilometers shorter than the Russia-Kazakhstan route, potentially making it the fastest route to Europe via the improved ports infrastructure in the Caspian and Black Seas. Azerbaijan is expanding the Ailat and Baku ports, while in Georgia, despite the failure to build the Anaklia port, Batumi and Poti ports are amid their largest reconstruction and expansion works in decades.

Wider Eurasian geopolitics may have been a real driver behind Bishkek’s recurrent delays, particularly since Russia has covertly opposed the initiative. The lack of connectivity in Central Asia has always served to Russia's advantage as major roads, railroads and pipelines in the region run north towards the Russian mainland. Infrastructure running east to west thus challenges Russia’s influence.

Another reason for Moscow’s opposition is that the new corridor will attract up to 10-15 percent of the throughput from the Kazakh-Russian route and thus hurt Russia economically. No less important is Russia’s inherent fear that BRI will deeply anchor China in the geopolitics of Central Asia and that the new corridor will allow Beijing to engage deeper with Uzbekistan – the heart of the region. Indeed, Russia’s concerns are understandable as the new corridor fits well with the gradual increase of Chinese influence in Central Asia. This was manifested in the July 16 “5+1” format video conference of the foreign ministers of China and the five Central Asia states – a notable shift from a purely economic to a political discussion. Recently, the Beijing-backed Asian Infrastructure Investment Bank (AIIB) announced it would lend Uzbekistan US$ 100 million to support its handling of the coronavirus pandemic and future public health disasters.

The new railway also has positive implications for Kyrgyzstan’s development – it will increase rail transportation through the country by up to 30 percent and shorten the time required to transport goods from China. The project, provided it extends beyond Uzbekistan, would enable Kyrgyz manufacturers to send their produce directly to Europe, without needing to take circuitous route through Russia. The route is only a part of the wider corridor that China plans to develop to reach the European market. Chinese goods could also pass through Turkmenistan or Afghanistan, then Iran, Turkey and the Mediterranean. However, the general insecurity in Afghanistan and Western sanctions against Iran increases the need to find an alternative.

This makes the prospect of the Caspian route via Turkmen ports to Azerbaijan and Georgia more promising. This could further boost Trans-Caspian shipping and, even more importantly, talks on constructing the stalled Trans-Caspian Pipeline (TCP). Another advantage will be to strengthen the fragile South Caucasus transport and energy corridor, which is the shortest geographic bridge between China and the EU. The idea of transiting goods via Turkmenistan was further reinforced in early September when China unveiled another transportation route, along which a freight train from China reached the Turkmen city of Anev via Kazakhstan, in total covering some 8,780 kilometers. The above-mentioned development of Azerbaijan’s and Georgia’s ports provides an additional impetus. Depending on how the general security situation in Central Asia develops and the continued commitment from Kyrgyz officials to the project (which remains unclear after the recent revolutionary events in Bishkek), the China-Kyrgyzstan-Uzbekistan route could become an integral part of the BRI.

CONCLUSIONS: Although the Kyrgyz section of the railway (nearly 400 km) remains to be negotiated and built, the most recent statements from Kyrgyz officials have signaled that the deadlock might be broken. Moreover, even at this stage China’s promotion of the project appears to have brought tangible results. The rail-road corridor to Uzbekistan already seems to be working, although it requires constant political supervision from Beijing. However, Moscow’s apprehensions will inevitably also grow along with the project’s progress, implying the need for a careful balancing game with Moscow. So far, Beijing has been successful and as demonstrated by other Chinese initiatives, the BRI is expanding its footprint in the region by unveiling new rail routes through the once geographically forbidding Central Asia.

AUTHOR'S BIO: Emil Avdaliani is a non-resident fellow at the Georgian think tank, Geocase. He teaches history and international relations at Tbilisi State University and Ilia State University. He has worked for various international consulting companies and currently publishes on military and political developments in Eurasia.