What Will the U.S.-Taliban Peace Agreement Bring for Afghanistan?

The Agreement for Bringing Peace to Afghanistan, signed by the U.S. and the Taliban on February 29, is a major milestone in the almost two-decade long war between the two adversaries. While it could change the trajectory of the conflict, it is unlikely to bring peace to Afghanistan. Narrow self-interest of the two signatories drove the deal, rather than the objective of peace in Afghanistan. This and the flawed content of the agreement will in all likelihood lead to escalating violence in the coming months. 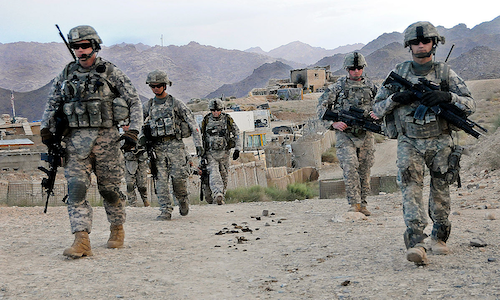 BACKGROUND: On February 29, the U.S. and the Taliban signed the Agreement for Bringing Peace to Afghanistan in Doha, the capital of Qatar. This is a historic development, since it is the first time ever that the two adversaries have signed an agreement. Moreover, the Doha deal has the potential to end the brutal fighting that has clasped the U.S. and the Taliban for over 18 years. It is thus an important milestone in their decades-old hostile relationship. It also opens up an opportunity for the U.S. to end its longest war. Although the U.S. has pulled troops out of Afghanistan in the past as well, these were unilateral moves. In contrast, the upcoming withdrawal of U.S. troops will be the outcome of a deal between Washington and the Taliban and will proceed as per an agreed upon timetable.

Under the agreement, all U.S. and coalition troops, contractors and non-diplomatic personnel will exit Afghanistan over a 14-month period; 8,600 of them will leave within the first 135 days of the signing of the agreement. The Taliban has promised to sever ties with al-Qaeda and other terrorist groups and disallow them to threaten the security of the U.S and its allies using Afghan soil. The agreement also provides for an intra-Afghan dialogue—setting March 10 as the starting date for the talks—and for a swap of prisoners between the Afghan government and the Taliban.

Talks between U.S. and Taliban negotiating teams began over a year ago, with the Qatari government facilitating the process. In September, the top U.S. top negotiator Zalmay Khalilzad announced that the two sides had agreed “in principle” on a draft accord. A week later, U.S. President Donald Trump called off the talks, citing the killing of an American soldier by the Taliban, and subsequently even pronounced them “dead.” However, within weeks the two sides resumed discussions behind the scenes, culminating in the Agreement for Bringing Peace to Afghanistan.

The contents of the draft accord “agreed in principle” in August 2019—these were not made public—are believed to be similar to the Doha agreement of February 29. However, unlike in August, this time around the two sides maintained a weeklong “reduction in violence” ahead of the signing ceremony.

IMPLICATIONS: The U.S.-Taliban agreement has evoked worldwide concern, especially among the people of Afghanistan who will have to withstand the worst of its negative fallout. Much of this concern stems from the apprehension that the agreement was motivated by narrow interests of the two signatories and not by the need to bring peace to Afghanistan. It is widely believed, for instance, that Trump is hoping that bringing home U.S. soldiers will boost his re-election chances. Conversely, the Taliban could use the deal to get U.S. troops to pull out, easing the way for it to grab power in Kabul.

Such apprehensions notwithstanding, the agreement has potential. It could end the fighting in Afghanistan if the signatories and other actors are sincere in implementing the agreement. Importantly, it sets the stage for talks between the Afghan government and the Taliban and puts in place a date—March 10—when these should start. This is not a small achievement given how averse the Taliban has been to negotiations in general and talking to the Afghan government, which it dismisses as a U.S. puppet, in particular. U.S. officials have said that the pace of troop withdrawal will be linked to progress at the intra-Afghan talks table.

The U.S.-Taliban agreement has several negative implications for Afghanistan. It leaves the Taliban in a substantially stronger position. It bestows legitimacy on the Taliban, a group that has massacred thousands of Afghan civilians and has shown scant respect for the Afghan Constitution. Worse, it reinforces the Taliban’s war-fighting capacity. In addition to agreeing to the release of 5,000 Taliban prisoners by March 20, the U.S. has committed to “releasing all remaining prisoners over the course of the subsequent three months.” Simultaneously, the U.S. has pledged to work towards the removal of UN sanctions on Taliban leaders. In contrast, the Taliban has simply agreed to hold its fire against U.S. forces and to commence talks with the Afghan government. It is neither required to reach an agreement on a ceasefire, nor a power-sharing agreement with the government.

Flaws in the negotiation process are already emerging. The exclusion of the Afghan government from the talks will complicate the agreement’s implementation. This is already happening. President Ashraf Ghani has refused to release Taliban prisoners. He has pointed out that his government did not agree to a prisoner swap and that the release of Taliban prisoners cannot be a precondition for talks with the insurgent group. On March 2, the Taliban ordered its fighters to resume operations against the Afghan security forces. A blast at a football stadium in Khost province, which claimed the lives of three civilians and injured seven others, followed soon after. On March 4, the U.S. launched a “defensive” airstrike on Taliban fighters in Helmand in response to a string of assaults by the insurgent group across Afghanistan. Post-agreement developments do not bode well for the future.

Although the Trump administration will give the agreement and the U.S. exit from Afghanistan a positive spin, there is no doubt that the Taliban has managed to get more than it gave in the deal. It was not a demoralized or defeated Taliban that came to the negotiating table desperate for a deal; the group now controls more Afghan territory than at any point since its ousting from power in November 2001 – though most of the land it controls is sparsely populated. The Taliban can now build on the gains it has accumulated from the agreement to make a strong stab for power in the coming months. This would mean an escalation of violence.

Taliban and al-Qaeda propaganda will likely claim that they vanquished the Americans and forced them out of Afghanistan. This could provide inspiration and a morale boost to jihadists and others who have taken up arms against the state. The implications of this boost could be felt far beyond Afghanistan’s borders and for several years to come.

CONCLUSIONS: The U.S.-Taliban agreement is an important milestone in war-torn Afghanistan’s contemporary history. Whether it will prove to be a positive turning point, i.e. leading to a de-escalation of conflict, or a negative one heralding the start of a new escalatory phase of violence in Afghanistan’s decades-old civil war, remains to be seen. Afghanistan’s experience over the past four decades, the Taliban’s brutal and bloody record, the U.S.’s own history of washing its hands off Afghanistan once its limited goals are met, and the sheer complexity of the Afghan conflict indicate that the Agreement for Bringing Peace to Afghanistan might not bring peace to the war-ravaged country. The Doha deal might at best provide a pause before the main actors in the conflict return to the battlefield.

More in this category: « Kadyrov Continues to Target Enemies Abroad Geopolitics Doomed Georgia's Anaklia Project, But Can Also Resurrect It »
back to top