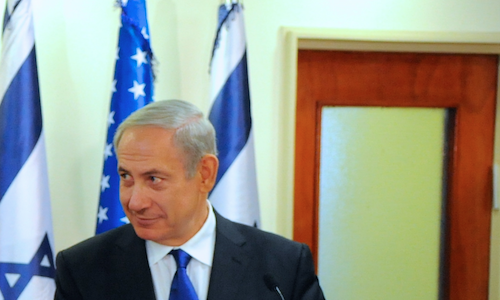 BACKGROUND: In December, Israeli Prime Minister Benjamin Netanyahu conducted a three-day visit to Azerbaijan and Kazakhstan from December 13-15, 2016. This was the first visit by an Israeli Prime Minister to Kazakhstan and the second visit to Azerbaijan. The visit to these two countries is a direct continuation of an ongoing Israeli process to strengthen relations with Astana and Baku since their establishment as independent states. With the large bulk of Jewish immigration into Israel behind it towards the end of the 1990s, and especially after the construction of infrastructure for energy exports from the Caspian Sea in the mid-2000s, Israeli policymakers began to understand the importance of the countries bordering the Caspian Sea, while creating a distinction between Azerbaijan and Kazakhstan. Interest in Kazakhstan focused on trade and economic interests, as well as its role in convening international political fora. As for Azerbaijan, its geostrategic location, which includes a common border with Iran, as well as the existence of a large ethnic Azerbaijani community in Iran (a third of the population) made Azerbaijan especially attractive for developing relations. A heritage of coexistence and tolerance for the Jewish minority in Azerbaijan and the existence of an active community of Azerbaijani Jews in Israel facilitated strong ties between the countries, especially trade.

During Netanyahu's visit to Kazakhstan, a series of agreements were signed in the fields of research and development, as well as aviation and travel. An agreement was also made to exchange teams focused on high-tech, technology and security development.

The leaders of Azerbaijan viewed Israel as a successful model for a small state located in a hostile environment which manages to deal with security challenges while still thriving in all aspects of development. Israel, on its part, viewed the strengthening of ties with Azerbaijan as an opportunity to foster strong ties with a Muslim-majority country.  In addition, Azerbaijan became a major exporter of oil to Israel by way of the BTC pipeline transferring oil from the Caspian Sea to the Mediterranean Sea became operational in 2005. Approximately 40 percent of Israel's total oil imports come from Azerbaijan. Azerbaijan's desire to create a military option to regain control over its territories occupied by Armenia during the war in and around Nagorno-Karabakh has also contributed to the strengthening of relations between Azerbaijan and Israel, especially in the field of arms trade. During the PM's visit, a cooperation agreement in the field of agriculture was signed. The sides also agreed on the establishment of a joint commission to promote economic cooperation in the fields of science, technology, health, agriculture and trade.

IMPLICATIONS: Prime Minister Netanyahu’s visit to Azerbaijan and Kazakhstan is an expression of Israel's growing political momentum in Central Asia and the Caucasus region. Netanyahu's visit is designed to promote Israel's relations with Kazakhstan in several aspects. Kazakhstan took the lead among the Central Asian states in both the political and economic spheres. Kazakhstan took a role in establishing CICA (Conference on Interaction and Confidence-building in Asia) as well as positions within the Shanghai Cooperation Organization and OSCE, and is since the beginning of this year also a member of the UN Security Council. Israel's interest to strengthen ties with Kazakhstan in the political sphere should therefore be viewed against the backdrop of its regional and international status. Kazakhstan has use for the technology and knowledge that Israel can offer it, and the two countries have a mutual interest in developing trade relations between them. Kazakhstan is also a major link in Central Asia for China's vision of a Belt and Road Initiative. Israel has an interest in integrating with the project in its Central Asian section as part of its deepening of  relations with China in recent years. Kazakhstan is an appropriate arena for such Israeli-Chinese cooperation to occur. Together with the security challenges and the need to combat terrorism in the region, such cooperation and use of Israeli knowledge and experience is of mutual interest to both China and Kazakhstan, and the strengthening of ties between Israel and Kazakhstan can be used to promote that trilateral  cooperation.

The Israeli Prime Minister's visit to Baku marks an important milestone in the relations between Israel and Azerbaijan. The Azerbaijani President was especially forthcoming in discussing the scope of the defense export contracts signed between the two countries which come close to five billion dollars, an unprecedented statement of acknowledgment. This demonstrative show of friendship on the part of the Azerbaijani President was very different from the nature of the bilateral relations that existed before.

Since the April 2016 battles between Azerbaijan and Armenia (commonly referred to as the Four Day War) and the contribution of Israeli origin arms, Israel has become extremely popular in Azerbaijan. The establishment of the Southern Gas Corridor, which provides a route for gas export from the Shah Deniz offshore field in Azerbaijan to Europe, potentially may be used  by Israel to export its own gas to Turkey and potentially  European markets, adds to the mutual interests of the countries. Azerbaijan's historical heritage of tolerance towards the Jewish community in Azerbaijan forms another significant contribution to the close relations between the two countries, as openly expressed during PM Netanyahu's current visit.

CONCLUSIONS: Israel is intensifying its activity in its expanded strategic circle which includes Central Asia and the Caucasus, and Netanyahu's visit is an expression of this trend. The visit helped consolidate and strengthen the close relationship it enjoys with Azerbaijan, and promoted economic and political ties with Kazakhstan – all the while increasing its presence in an area where China has a special interest, and creating conditions for future cooperation with China in Central Asia. Close relations with Azerbaijan and Kazakhstan, two Muslim-majority countries  with no hostility toward Israel and that manage their foreign policy based on bilateral interests and a legacy of coexistence and tolerance between Islam and Judaism, helps Israel break the cycle of hostility it has with the Muslim world in the international system. This visit of the Israeli Prime Minister promoted both Israel's presence in a vital region as well as common interests shared by Israel and the two host countries, and has the potential to promote Israel's relations with other countries in the region.

AUTHOR'S BIO: Dr. Avinoam Idan is a political geographer and a Senior Fellow with the Central Asia-Caucasus Institute & Silk Road Studies Program, based in Washington DC. Prior to his academic career, he served in the Israeli Embassy in Moscow during the break-up of the Soviet Union.