Can Pakistan Offer the U.S. Military Bases to Target Islamic State in Afghanistan?

After the withdrawal of international troops from Afghanistan, U.S. intelligence agencies are seeking ways to maintain its intelligence-gathering and counterterrorism presence in the region. One of few options is Pakistan, which has previously provided U.S. intelligence agencies with bases for counterterrorism operations in Afghanistan and beyond. After the recent attack by Islamic State Khorasan Province (ISKP) at Kabul Airport that killed scores of U.S. soldiers and Taliban fighters, Pakistan may open its airspace for U.S. counterterrorism operations against ISKP in Afghanistan. However, for any such deal to become possible, Pakistan would want the U.S. to only target the ISKP after getting the nod from the Taliban – Islamabad’s longtime allies and the new rulers of Afghanistan. 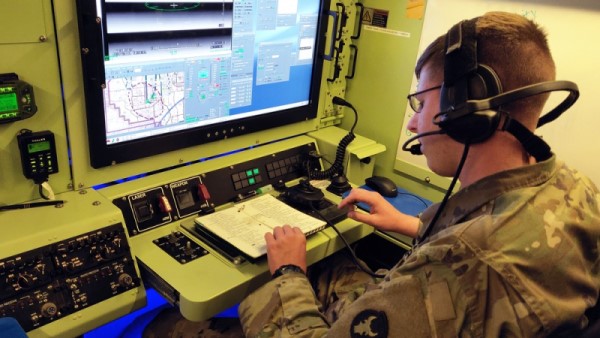 BACKGROUND: In light of the U.S. military departure of from Afghanistan, it has become imperative for the U.S. to secure new bases for its intelligence and counterterrorism units in the region. Over the last two decades, Afghanistan has served as the base for U.S. monitoring of the activities of different militant groups in the region, including Al-Qaeda, the Afghan Taliban and ISKP.

Reportedly, the U.S. has also approached several Central Asian countries in search of basing rights. However, it is unlikely that the U.S. will regain a military foothold in these states. The U.S. had bases in Uzbekistan and Kyrgyzstan when it invaded Afghanistan in 2001, but these were closed as regional dynamics shifted and China and Russia became more assertive with their regional diplomacy. Over the last decade, China and Russia have stressed the need to deal with security issues stemming from Afghanistan regionally. In June, Russian President Vladimir Putin explicitly rejected the possibility of a U.S. military presence in Central Asian states during the Geneva summit with Biden. Arguably, Central Asian countries will likely avoid antagonizing Moscow when deciding on the issue.

In the past, Pakistan offered the U.S. bases for running surveillance operations and launching drone strikes in Afghanistan. Pakistan and the U.S. reached an agreement in this regard in 2001, however the cooperation ended in 2011, when the bilateral relationship unraveled after the killing of former Al-Qaeda leader Osama Bin Laden.

There have been reports claiming that Pakistan allowed the U.S. to conduct special missions from its bases even after 2011, under conditions that the U.S. should target anti-Pakistan militant groups hiding in Afghanistan.

Speculations are afoot that Pakistan may again have reached an understanding with the U.S. to host its troops in the country. In May, Principal Deputy Assistant Secretary of Defense for Indo-Pacific affairs, David F. Helvey, told the U.S. Senate Armed Services Committee that Pakistan has allowed the use of its airspace to support U.S. activities in Afghanistan after the troop withdrawal. Responding to Helvey’s statement, Pakistan’s foreign office spokesperson said that such claims are “baseless and irresponsible speculations.”

However, the history of the Pakistan-U.S. relationship shows that both countries have preferred to keep deals that would be highly unpopular among the public under wraps. A set of documents released by The Washington Post in 2013 reveal that “Pakistan’s government have for years secretly endorsed the [drone] program and routinely received classified briefings on strikes and casualty counts.”

This essentially means that Pakistan may offer the U.S. bases again if offered a deal that would benefit Islamabad’s regional security interests. On June 6, The New York Times published a report, claiming that U.S. officials are trying to negotiate a deal with Pakistan to station its troops in the country to monitor Afghanistan.

The Times report noted that in discussions “between American and Pakistani officials, the Pakistanis have demanded a variety of restrictions in exchange for the use of a base in the country, and they have effectively required that they sign off on any targets that either the CIA or the military would want to hit inside Afghanistan, according to three Americans familiar with the discussions.”

This essentially means that despite Pakistan’s strategic denials, negotiations are underway between the two countries. The recent ISKP attack on U.S. forces may expedite the negotiations between Pakistani and U.S. intelligence agencies. After the Kabul airport attack on August 26, President Biden said that the U.S. would “hunt down those responsible for the twin explosions at the Kabul airport in Afghanistan” and that he had asked the “Pentagon to develop plans to strike back at them.”

The U.S. has already carried out two drone strikes on ISKP targets in Afghanistan in the wake of the Kabul airport attack. Reportedly, drones targeting ISKP militants in Afghanistan flew from U.S. military bases in the Middle East. Importantly, any over the horizon strike in Afghanistan will have to cross Pakistan’s airspace to enter Afghanistan. The two strikes against ISKP likely used Pakistan’s airspace before entering Afghanistan. If that is true, then Pakistan and the U.S. may have already agreed to a deal, but at this point it is unclear if the Taliban are also supportive of any such understating.

IMPLICATIONS: At this point, it is clear that the U.S. would like Pakistan to offer its soil for counterterrorism operations in Afghanistan, particularly against ISKP. However, the issue can raise several complications for Pakistan if the Taliban would refuse the arrangement.

It will also be difficult for Pakistan to strike a deal with the U.S. that would go beyond targeting ISKP in Afghanistan. “Any deal [between Pakistan and the U.S.] now would have to work around the uncomfortable reality that Pakistan’s government has long supported the Taliban,” according to the Times report.

In June, the Taliban warned its neighbors against allowing the U.S. military to operate bases on their soil. “We urge neighboring countries not to allow anyone to do so,” the Taliban said in a statement. Moreover, the risk of a backlash from Islamists in Pakistan also remains. In the past, Pakistan has never acknowledged hosting U.S. troops since any such declaration would be highly unpopular in the country, and could create a crisis for any government.

In this regard, the recent developments in Afghanistan could help make Pakistan’s case relatively easier. Pakistan may allow the U.S. to use its airspace for strikes against ISKP in Afghanistan, provided it has tactical approval from the Taliban.

Indeed, U.S. and Taliban interests are aligned when it comes to targeting ISKP in Afghanistan. The Taliban may therefore agree to allow covert U.S. operations against ISKP through Pakistan’s airspace, but is unlikely to acknowledge such an agreement over fears of rifts within the organization’s ranks. As expected, the Taliban condemned the U.S. airstrike against ISKP last week and called it a breach of its territorial integrity. It is possible that in the months to come, we may see a Pakistan-U.S.-Taliban alliance against ISKP – something that would be beneficial to all actors involved.

CONCLUSIONS: The fact remains that the U.S. has few options when it comes to targeting ISKP without having a physical presence in Afghanistan. If Pakistan decides to allow the U.S. military access to its airspace, this will come with several strings attached. Among these, Taliban approval of any such cooperation will be the primary demand from Pakistan. In any case, the Taliban will closely monitor cooperation in this regard as they do not want to be perceived as working with the U.S. to suppress ISKP in Afghanistan.

Umair Jamal is a Ph.D. candidate at the University of Otago, New Zealand and the Diplomat Magazine’s correspondent in Pakistan. His areas of research include counterterrorism and security issues in the Pak-Afghan region. He has consulted with various think tanks in Pakistan and globally and has published for a number of media outlets including Al-Jazeera, Foreign Policy, SCMP, and the Huffington Post.

More in this category: « U.S. Troop Withdrawal from Afghanistan Risks Fueling a New India-Pakistan Proxy War After Afghanistan: What is the future of U.S. policy in Central Asia? »
back to top