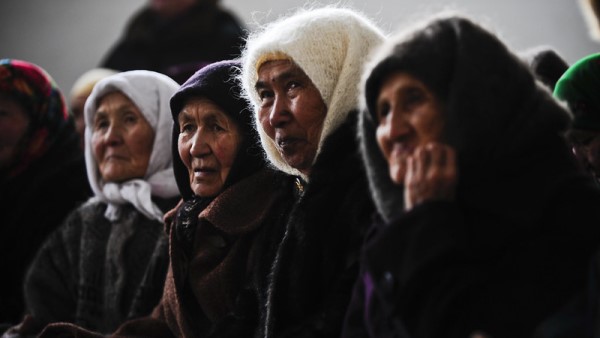 BACKGROUND: Between April 28 and May 1, a violent armed conflict erupted between the armed forces of Kyrgyzstan and Tajikistan near the Golovnoy water distribution point in Kok-Tash village of Batken region, located at the source of the water canals replenishing Tortkul reservoir on the territory of Kyrgyzstan.

This escalation was preceded by a long history of skirmishes and spats along the 970-kilometre-long border, of which only half is demarcated. Yet in contrast to previous clashes, which usually involved stone-throwing and other forms of low-level violence, this time armored vehicles, military helicopters, mortar shelling, and other heavy military equipment were utilized in what could be considered a short war between the two neighboring countries, especially (but not only) in the areas of Maksat, Leilek, Kulundu, and Khoja Alo.

Kyrgyzstan’s Minister of Foreign Affairs, Ruslan Kazakbaev, immediately held talks with his Tajik counterpart Sirojiddin Mukhriddin and other representatives, during which the discussed further joint actions aiming to resolve the situation in the borderlands. Finally, on May 1, Saimumin Yatimov, head Tajikistan’s State Committee for National Security and his Kyrgyz counterpart Kamchybek Tashiev agreed to formalize a ceasefire, arguing that “The tragedy that happened in the border regions of Kyrgyzstan and Tajikistan should never be repeated”.

In the wake of the violence, some 50 people lost their lives, almost 200 were injured, and almost 60,000 displaced.

IMPLICATIONS: This and other episodes of violence leave marks in the common memory and conscience of Central Asia. Together with the violent clashes in 1990, 2005, and 2010 in Kyrgyzstan; Tajikistan’s civil war between 1992 and 1997; the Tashkent bombings in 1999 and the Andijan events in 2005; and the violence in Kazakhstan’s Zhanaozen in 2011 and Masanchi in 2020; the recent border clashes will likely be remembered as one of the darkest days of the region since its independence after the collapse of the Soviet Union.

Skirmishes, shootings and occasional low-level violence along the borders in Central Asia, especially in the Fergana Valley, have been quite frequent over the past 30 years. Yet, what makes the events of last week unique is that they involved a clash between the military forces of two Central Asian states, thus constituting the first inter-state conflict of this magnitude in the region since independence. For a region that has taken pride in the absence of inter-state violence, in contrast to the neighboring South Caucasus or former Yugoslavia, these recent events are an alarm bell. While the two governments were indeed able to cool down the violence in a relatively short time and a ceasefire was agreed fairly quickly, the fact remains that inter-state conflict in Central Asia is not just a possibility but has now happened. The Kyrgyz-Tajik conflict can thus be viewed as a potential turning point in the kind of regional order that Central Asia intends to develop, especially in terms of conflict-resolution mechanisms.

Central Asia now faces four distinct options. First, the region can remain stuck in the status quo. Notwithstanding the recent ceasefire and the joint protocol on the delimitation and demarcation of the Kyrgyz-Tajik border, as well as overly optimistic declarations that a section of the border will be demarcated by May 9, problems of demarcation and delimitation will persist. This is due partly to insufficient resources allocated to the process, and partly to the unwillingness of state leaders to make concessions. Moreover, these issues have a low priority on the agenda of the involved governments and their control over border areas remains relatively weak.

The second option is that Russia addresses the matter, either single-handedly or through CSTO channels. This would imply an intervention by Moscow, taking advantage of the relative negotiating weakness of the two conflicting parties and playing a mediator role while also tweaking the conflict in any direction it pleases. In particular, this would open for an increased Russian military presence in both countries. Some sectors of politics and civil society in Kyrgyzstan have already made appeals to Vladimir Putin to personally mediate in this conflict.

The third option is for Kyrgyzstan and Tajikistan to find a pragmatic solution to the matter among themselves, based on the principles of good-neighborliness and mutual respect. The model here would be the recent improvement in Kyrgyz-Uzbek relations, as discussed in detail by Farkhod Tolipov through the example of the Sokh enclave. Resorting to both formal and informal rules and codes of conduct, establishing mutual trust, and carefully balancing diplomacy, international law, and political willingness, the Kyrgyz-Uzbek breakthrough could be replicated with Tajikistan, but this would require proactive leadership and serious investments in the border region, which are presently missing.

The fourth and final option, which could potentially work in tandem with the third one, would be the realization among the Central Asian republics that the existing border issues, and the violence related to them, are best resolved by the regional countries themselves. This would amount to the first steps towards a Central Asian order with respect to dispute-resolution mechanisms, which may well include both formal and informal practices.

In the course of a few days, all leaders and foreign ministers of the region, including Turkmenistan, have had phone conversations over the Kyrgyz-Tajik conflict. Uzbek and Kazakh Presidents Shavkat Mirziyoyev and Kassym-Jomart Tokayev have both recently offered to mediate, and Kyrgyz President Sadyr Japarov was promptly invited to Dushanbe by Tajik President Emomali Rahmon. These are all indications that Central Asian governments desire to resolve this conflict at the regional level, without involvement of third parties, be they states or organizations. Tokayev mentioned that he considers it “possible to develop a mechanism for settling such border incidents within the next Consultative Meeting of the Heads of State of Central Asia.” This would be in line with the spirit of the renewed consultative meetings of Heads of State of Central Asia, where it was first discussed that regional countries should “sync their watches on matters of common relevance.” The rationale for these meetings has referred to regional closeness as “an unstoppable process,” where Central Asian countries are “increasingly dealing with regional issues with a regional mindset.” According to Elbasi Nursultan Nazarbayev, “there is a broad range of topics specific to the region that could only be discussed among the Central Asian states.”

Crucially, however, this process of regional mediation and construction of “regional sovereignty” should also involve local people. A positive example in this regard is the recent trilateral meeting of the three governors of the Fergana region. Hosted in the city of Ferghana by Governor Hayrullo Bozorov, the meeting was attended by the Governor of Tajikistan’s Sughd Province, Rajabboi Ahmadzoda, and the Governor of Kyrgyzstan’s Batken Province, Omurbek Suvanaliev. Nearly 30 years after the three countries became independent, the meeting marked the first gathering of the heads of the three neighboring provinces. Moreover, positive initiatives towards a local approach to the resolution of border issues are coming from civil society organizations of Kyrgyzstan, Tajikistan and Uzbekistan and members of the Valley of Peace network, united by membership in the Global Partnership for the Prevention of Armed Conflict, who appealed to the residents of the two countries in connection with the bloody events in the border zone.

CONCLUSIONS: The armed conflict on the Kyrgyz-Tajik border that began on April 28 and ended only in the evening of May 1 will leave a scar in the collective memory and common imaginary of Central Asia, having already caused a large number of casualties, as well as injured and displaced people. These events marked the culmination of accumulated low-level violence over the years, whose significance and premonitory character has been neglected and downplayed for far too long.

The region is now at a turning point. In order to eschew the status quo and embrace conflict resolution and the creation of communities of peace in border areas, Kyrgyzstan and Tajikistan, but also the other regional states, have three options. They can resort to enhanced bilateralism, supported by political will, a good-neighborly spirit and mutual trust. They can leave the matter to Russia, which can use its privileged position as a security guarantor in the region to instrumentalize the tension along the border, thus enhancing its position in the area and potentially creating another convenient frozen conflict. Or they can work towards the formation of a regional order by acting in concert within Central Asia through formal and informal mechanisms for entrenched consultation, conflict resolution, and the advancement of peace without the interference of third parties. The recent events are much more than a border incident between two states. In fact, is a call to the region to decide on the way ahead.

More in this category: « New Tensions Rising along Armenia-Azerbaijan Border The Prospect of Social Innovations in Uzbekistan »
back to top