Discontent with Kadyrov Leads to Increased Violence in Chechnya

On August 20, a series of attacks by teenagers against policemen took place in Chechnya’s cities of Grozny and Shali. The country’s strongman Ramzan Kadyrov quickly blamed “external actors” seeking to pitch local security enforcement, siloviki, against teenagers, while decrying the inability of the attackers’ parents to oversee their sons. Yet realities on the ground appears to be different. In fact, large part of the Chechen population hold enormous grievances caused by the impunity of local siloviki, particularly kadyrovtsy, and the republican authorities in general. The threat of punishment against the relatives of insurgents and their (prospective) supporters has since the early 2000s stemmed the local insurgency. Yet from time to time, grievances condensed in the Chechen population explode in spontaneous acts of nearly-suicidal violence against republican law enforcement. 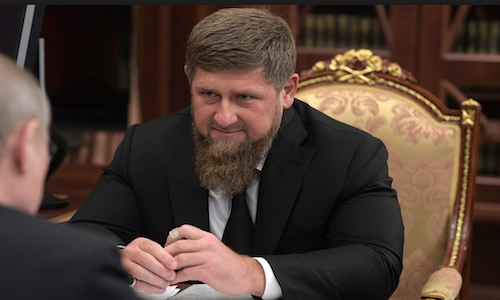 BACKGROUND: The attacks in Grozny and in Shali were conducted by five suspected militants who attacked members of the security forces. All assailants – aged between 18 and 11 – were killed by the police. Security forces claimed that the terrorist organization known as the Islamic State of Syria and Iraq (ISIS) released a video that allegedly shows the teenage attackers pledging allegiance to the group. However, the video recording appears to consist only of still photos depicting youngsters posing with knifes. The unusually young age of the attackers, as well as the style of the attacks, resulted in a barrage of comments from Russian security experts, claiming that the attacks were connected to the Islamist insurgency. Yet since the only weapons used in the attacks were knifes, a vehicle and dysfunctional home-made explosives, the local insurgent underground was obviously not involved. Similarly to previous attacks this year, which were also committed by individuals aged under 20, the Chechen security services left no witnesses alive. Indeed, the recent attacks on security forces are likely part of a growing popular unhappiness with Kadyrov’s regime, particularly amongst the Chechen youth.

As per established practice, police detained all male members of the suspected attackers’ families, including underage children, their friends and neighbors. Mass detentions of young males are a daily occurrence in Chechnya, some of which are summarily executed. For example, following an attack on security forces in December 2016, 27 young people were executed without trial. On August 22, Kadyrov claimed that although the recent attack was organized and funded from abroad, the attackers’ parents must take full responsibility for the actions of their children. The father of the alleged ring-leader Mahomed Musayev was forced to publicly renounce his son in a video recording.

Members of the Chechen public have condemned Kadyrov’s heavy-handed approach on social networks – the only venue to exercise freedom of speech in the republic – and directly linked the rise of anti-Kadyrov attacks with the brutal persecution of dissent.

The Kremlin’s own latent grievances with Kadyrov have seemingly emboldened the rise of local criticism in Chechnya. A particularly noteworthy case was a question criticizing Kadyrov during the “direct line” with President Putin on June 7. A female caller, apparently of Chechen ethnicity, asked Putin “how a junior lieutenant could have been appointed as the head of Grozny’s police department?” referring to Kadyrov’s appointment of his family member Khas-Magomed Kadyrov as the head of police. Since all questions to Putin are carefully monitored, recorded and approved by the president’s administration weeks prior to the “direct line,” it seems that the caller was specifically selected to deliver a disguised message of discontent from the Kremlin. Although Putin chose not to respond, the question indicated that Kadyrov is no longer as immune as he used to be.

Another recent indication of the Kremlin’s unhappiness with Kadyrov was Moscow’s position in a dispute between Ingush leader Yunus-bek Yevkurov and the Ingush clergy supported by Kadyrov. In an open statement, the United Russia party endorsed Yevkurov as Moscow’s candidate in the upcoming September elections in Ingushetia. Kadyrov’s recent offer to deploy Chechen “peace-keepers” in a counter-terrorism operation against the Syrian opposition’s last stronghold in Idlib received no response from the Kremlin.

IMPLICATIONS: Since around 2014, anti-regime violence in Chechnya has changed dramatically. First, the local insurgency was critically weakened by the liquidation of the remaining experienced insurgent leaders, for instance the Gakayev brothers in 2013 (see the CACI Analyst 02/06/2013). As an effect, violence has become less organized, carried out by unexperienced youth, and nearly suicidal. Although gangs of youngsters need some degree of organization to coordinate their attacks on law enforcement, the Chechen authorities’ extensive control of virtually all means of communication has implied that attacks have usually been carried out by close friends residing in the same area.

As a rule, these youngsters have been inexperienced in the use of weapons and rebel strategies, and frequently had to acquire weapons first in order to strike. They generally have no links to the previous generation of insurgents with rich experience in partisan warfare. This has also contributed to their high losses. Most attackers have been killed in the course of their attacks, and often incapable of striking before being hit.

The use of lethal violence not only against the attackers, but also against their relatives – an established practice of Chechen siloviki that has proven very effective – has led many aggrieved individuals to shun violence in order to ensure survival for themselves and their relatives. This explains why, despite the severe penalization deployed by the kadyrovtsy, particularly youngsters without families of their own have still sought to target who they see as their hated enemy.

Moreover, the threat of violence, frequently lethal, deployed against the relatives of the attackers has “filtered” those willing to strike against all odds. Individuals self-identifying as jihadists – and embracing Salafi-jihadist ideology – have been more willing to self-sacrifice for the sake of becoming martyrs (shahids), and turning their relatives into martyrs as well. For them, the divine goal of waging jihad justifies the means. Even retaliation against their relatives by the authorities, including the prospect that they may be murdered, is not considered an obstacle to their acts of violence.

On the other hand, individuals unwilling or unable to make peace with what the authorities did to them or their relatives years ago also seek to take revenge, despite the high costs. This category of attackers is not necessarily driven by Salafi-jihadist ideology, but rather by the local tradition of blood revenge that requires individuals to “wash off” offense by blood. Yet in order to justify their sacrifice, they too find inspiration in the Islamic doctrine of martyrdom, which they blend with their initial motivation. Several attackers also appear to have been motivated by political incentives, intertwined as they are with down-to-earth grievances attributed to the local regime.

CONCLUSIONS: Chechen youngsters have been receptive to the appeal of ISIS to its sympathizers across the globe to spontaneously attack the enemies of Islam in their home regions, turning to all weapons available from knives to guns to trucks. The exact impact of the jihadist appeals on the situation in Chechnya is debatable since many attackers would likely have struck anyway. However, these appeals communicate that low-scale attacks, unrelated to the insurgency, are an option of last resort – in fact the only possible way – to channel grievances.

The introduction of this new tactic has also showed the incapacity of Chechen siloviki to effectively tackle a problem that they have on many occasions declared to be solved; a segment of locals, predominantly youngsters, still conduct attacks against all odds. While Chechen authorities have already resorted to the use of massive, and often lethal, violence against the relatives of attackers and their alleged backers, these brutal methods alone will not bring about an end to hostilities. Partly inspired by Salafi-jihadism, partly driven by the individual grievances and determination to retaliate in order to restore individual and family honor, and partly incentivized by political motives, low scale violence will persist in the republic. And once the regime shows signs of weakness, hundreds – perhaps even thousands – of individuals who have postponed revenge to ensure survival for themselves and their family members, will likely resort to violence.

More in this category: « Georgian Wine and Its Narrative Drive Development What Would Membership in the CSTO Mean for Azerbaijan and the South Caucasus? »
back to top