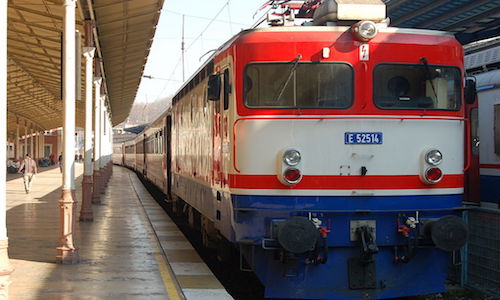 BACKGROUND: The Lapis Lazuli Corridor will begin in Afghanistan’s northern Faryab province and Turqundi in the country’s western Herat province, continuing westwards to Turkmenistan’s Caspian Turkmenbashi port, from where cargo will be ferried across the Caspian to Azerbaijan’s capital Baku to Tbilisi and Georgia’s Black Sea ports of Batumi and Poti. It will connect with Kars in eastern Turkey before linking to Istanbul and further into Europe.

Afghanistan’s mountainous terrain, ethnic and tribal divisions, combined with an ongoing insurgency, a weak central government and an underdeveloped economy have up to now all stymied the development of an indigenous transport infrastructure, much less one capable of developing exports. Recent regional developments in improving relations with its northern post-Soviet neighbors, combined with the outreach to Pakistan may soon see the development of a railway network focused on Afghanistan. This will benefit both the country and its neighbors, if the recent agreement signed in Ashgabat can be implemented.

The agreement was finalized after three years of technical consultations, with the first technical meeting being held on November 15, 2014, at the Turkmen Ministry of Foreign Affairs in Ashgabat. The agreement was signed by Afghanistan’s Foreign Minister Salahuddin Rabbani, Deputy Chairman of the Cabinet of Ministers and Minister for Foreign Affairs of Turkmenistan Rashid Meredov, First Deputy of the Azerbaijan Railways Company Alirza Suleymanov, Foreign Minister of Georgia Mikheil Janelidze and Turkey’s Deputy Foreign Minister Ahmet Yildiz. Afghan Foreign Minister Rabbani said that the signing of the agreement marked a milestone in Afghanistan’s efforts in achieving greater connectivity through improvement and building of infrastructure for increased trade across Eurasia. The “Lapis Lazuli” moniker is derived from the historic export route along which Afghanistan’s lapis lazuli and other semiprecious stones were transported to the Caucasus, Russia, the Balkans, Europe and North Africa over two millennia ago.

Two years after the initial meeting, on November 28, 2016, a 53-mile railway line running from Atamyrat in Turkmenistan to its Ymamnazar border crossing point and 2 miles onward to Afghanistan’s border facilities at Akina was officially opened by Turkmenistan’s President Gurbanguly Berdimuhammedov who along with Afghanistan’s President Ashraf Ghani ceremonially tightened a golden bolt. As Afghanistan lacked the internal resources for railway construction, Turkmenistan agreed to undertake responsibility for surveying, designing and constructing the entire route, with the Afghan segment donated gratis to the country.

The 1,520 mm gauge line, used in the former Soviet Union (CIS states, the Baltic States and Georgia), Mongolia and Finland forms the Afghan end of the Lapis Lazuli Corridor which is being developed to improve freight links from Central Asia across the Caspian Sea to the Caucasus, Turkey and Europe. The first freight train on the new line consisted of 46 wagons laden with flour, grain, cement, urea and sulfur.

IMPLICATIONS: Significantly, the New Lapis Lazuli corridor will connect with Turkey’s middle corridor project (East-West Trans-Caspian Trade and Transport Corridor) and will complement other existing regional transport corridors such as the Five Nations Railway Corridor. The Lapis Lazuli corridor will be synchronized with other trade routes that transit Eurasia, including the massive North–South Transport Corridor, which extends from India to Finland, also under development.

Afghanistan strongly supports the initiative. On November 14, the day before the signing ceremony in Ashgabat, the Director General for Economic Cooperation of Afghanistan’s MFA, Hassan Soroosh said, “The Lapis Lazuli Corridor agreement is one of the most important agreements in the region. Trade expansion in the region, regional connectivity, resolving transit and trade problems will be the long-term impact of this corridor.” Afghanistan’s Chamber of Commerce and Industries touts the Lapis Lazuli Corridor as the “shortest, cheapest and safest route for Afghanistan’s transit trade” and projects that 80 percent of Afghan exports to Europe will be carried by the new railway.

Not surprisingly, a significant beneficiary of Afghanistan’s improved transportation network will be China, which has assiduously been promoting an improved transport infrastructure across Eurasia under its “One Belt, One Road” (OBOR) initiative, unveiled in 2013. OBOR as currently envisaged involves 70 countries, 4.4 billion people and up to 40 percent of the global GDP, with anticipated eventual cumulative investment costs of US$ 4-8 trillion. According to data from the Afghan Central Statistic Organization, bilateral trade between China and Afghanistan has surged from US$ 432 million in 2008-09 to US$ 1.09 billion in 2016-17, an increase of 153 percent.

The Lapis Lazuli Corridor railway project continues to attract regional interest. On November 25 Pakistani Prime Minister Nawaz Sharif announced his country’s decision to join the Ashgabat Agreement and the Lapis Lazuli Corridor during his attendance at a two-day Global Sustainable Transport Conference in the Turkmen capital. Pakistan’s interest is essential in making the Lapis Lazuli railway corridor multimodal, as it is already engaged in implementing the China-Pakistan Economic Corridor (CPEC), a collection of transportation infrastructure projects that are currently under construction throughout Pakistan. The CPEC’s original cost was estimated at US$ 46 billion, but the net cost of the infrastructure conglomeration is now estimated at US$ 62 billion. While the Lapis Lazuli Corridor is intended to provide an east-west link between Afghanistan and Europe, its connection to the CPEC will give Afghanistan the added bonus of its shortest transport corridor to the open ocean, via Pakistan’s Gwadar port on the Arabian Sea.

A significant barometer of the Lapis Lazuli Corridor’s feasibility will be if it can attract significant funding from international financial institutions, including the International Monetary Fund (IMF), the World Bank (WB), and the Asia Infrastructure Investment Bank (AIIB) to name but a few, for the corridor’s estimated US$ 2 billion cost.
Bolstering the feasibility of the Lapis Lazuli Corridor is the fact that it could develop a “southern component.” On October 30 the Baku-Tbilisi-Kars-BTK (BTK) railway, a key component in the modern Silk Road connecting East and West, officially opened at the Baku International Sea Port, allowing post-Soviet Central Asian states to export their goods westwards via trans-Caspian ferry traffic from Ashgabat to Baku, connecting with the BTK via Azerbaijan’s capital. The three governments involved have great expectations of the new railway; the BTK, constructed on the basis of a Georgian-Azerbaijani-Turkish intergovernmental agreement, is envisaged within the next several years to reach a capacity of 17 million tons of cargo annually.

CONCLUSIONS: While the Lapis Lazuli Corridor is a visionary proposal for ending the geographical isolation of Afghanistan and many post-Soviet nations, significant problems remain, ranging from financing to Afghanistan’s ongoing insurrectionist turmoil.

For Afghanistan, connecting the Lapis Lazuli Corridor with both OBOR and CPEC would be a win-win solution, as it would have simultaneously both overland access to European markets and maritime access to the world. Clouding this vision however, are the ongoing tensions between Afghanistan’s neighbors, in particular Pakistan and India. India has so far boycotted the OBOR due to sovereignty concerns over the US$ 62 billion CPEC passing through Pakistan-occupied Kashmir, a region India claims its own.

Technical issues also remain to be resolved. Turkey, Iran, China and Europe use 1,435 mm “standard gauge,” while railways in India and Pakistan use Indian 1,676 mm “broad gauge,” unlike the 1,520 mm gauge standard used in the former USSR. In earlier trans-Eurasian Chinese trains dispatched to Europe, these problems have been resolved. The Afghan government remains optimistic that above and beyond such technical bottlenecks, the regional political climate is altering to such an extent that, should sufficient financing be found, it can finally join the global community of nations operating railways, nearly two centuries after the first trains ran in Britain.

AUTHOR’S BIO: Dr. John C. K. Daly is a Nonresident Senior Fellow of the Central Asia-Caucasus Institute; current work includes monographs on the development of Eurasia’s railways and the dissolution of the Soviet Navy.

More in this category: « Kazakhstan, Georgia and Azerbaijan Support Spain's Integrity Baku-Tbilisi-Kars Railway to Become Central Asia's Gateway to Europe »
back to top