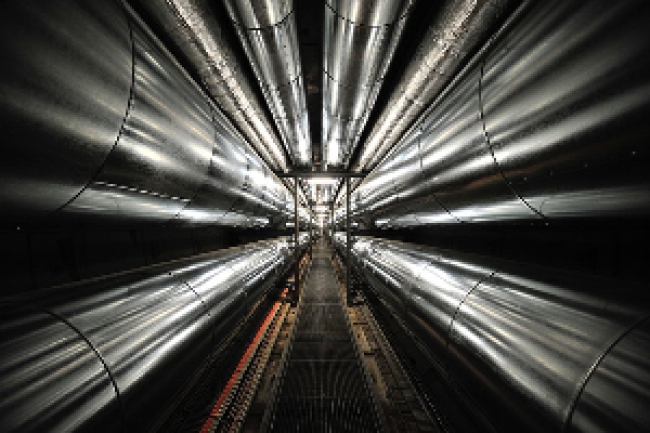 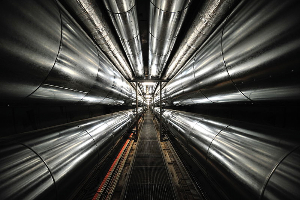 Washington Misses the Point on Nagorno-Karabakh 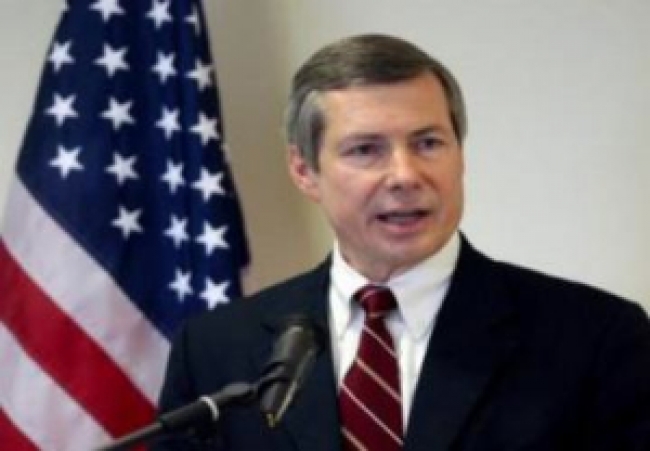 Presumably to fend off mounting criticism of U.S. policy, Ambassador James Warlick, the U.S. Representative to the Minsk Process on Nagorno-Karabakh, recently gave a series of speeches and interviews outlining U.S. policy on the Nagorno- Karabakh conflict. Warlick outlined U.S. support for the six principles that he said had already been agreed upon by all parties, and concluded that the main obstacle to resolving the conflict lay in the failure until now of the Armenian and Azerbaijani governments to make the hard decision for peace over domestic opposition. Warlick’s remarks reflect the Obama Administration’s failure to grasp what is at stake in the Caucasus or to take conflict resolution there sufficiently seriously. 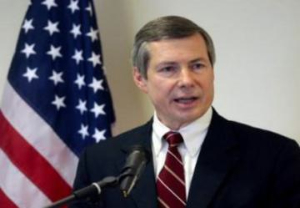 On May 26, Azerbaijani authorities sentenced the Election Monitoring and Democracy Studies Center (EMDSC) Chairman, Anar Mammadli, to five-and-a-half years in prison on highly questionable charges ranging from tax evasion and illegal entrepreneurship to abuse of office. The authorities also convicted the organization’s executive director, Bashir Suleymanli, to three-and-a-half years and the head of a partner NGO called International Cooperation of Volunteers, Elnur Mammadov, who got a two-year suspended sentence. Addressing the judge, Mammadli expressed his opinion on the sentence by saying: “Just abuse Femida and let's get this over with.”

Prior to the verdict, Mammadli delivered his closing speech and said: “Azerbaijan will chair Council of Europe’s Council of Ministers for the next six months. Atletico Madrid carries an ‘Azerbaijan Land of Fire’ sign on their T-shirts. These could be good promotions for our country. However, unfortunately, our country is to be known not as a ‘land of fire’ but as a ‘Land of political prisoners’ instead.”

Mammadli was accused of engaging in illegal entrepreneurship without creating a legal entity, while he stated that he was acting as an individual taxpayer. On May 14, 2008, the court annulled the registration of Mammadli’s first organization - the Elections Monitoring Center. The founders and members of the EMC then established a new organization – EMDS. Despite two appeals to the Ministry of Justice, the government “illegally and groundlessly” refused to recognize the union, Mammadli said.

Isabel Santos, the chair of the OSCE Parliamentary Assembly’s Committee on Democracy, Human Rights and Humanitarian Questions, expressed concern on May 28 that Mammadli’s “only crime” may have been his work to defend the rights of his country’s voters. “The Azerbaijani government’s systematic targeting of civil society has reached a new low with the sentencing of Anar Mammadli,” Santos said. “His conviction and sentencing represents an affront to OSCE values in the sphere of human rights and democratic commitments.” The U.S. Embassy in Azerbaijan termed the convictions “a major setback to Azerbaijan’s democratic development.”

Oktay Gulaliyev, head of the Public Alliance “Azerbaijan without political prisoners” noted that the recent repressions against journalists and civil society activists proves that the authorities have intensified the repression against alternative voices. Apart from three election observers, there were recent arrests of journalist and bloggers, youth activists and human rights defenders. In early May, the Baku Court of Grave Crimes sentenced eight young Azerbaijani activists, most of whom were members of the NIDA civic movement promoting democracy, human rights, and rule of law, to between six and eight years of imprisonment. In 2013, they were involved in a series of peaceful protests against the deaths of young soldiers in non-combat situations.

According to the Committee to Protect Journalists, there are 10 cases of journalists in detention or prison on “politically motivated” charges in Azerbaijan. In addition, five bloggers are currently behind bars.

“Unfortunately, Mr. Mammadli's detention adds to the concerning human rights backdrop for the OSCE Parliamentary Assembly’s annual session in Baku next month. I hope that our presence there will encourage the judicial system to take a hard look at its record on OSCE commitments and signal that these violations will not go unnoticed,” Santos said.

The 23rd Annual Session of the OSCE PA will take place in Azerbaijan’s capital from June 28 to July 2, 2014. Mammadli was a key speaker at briefings for the OSCE PA’s observation delegation in October 2013, on the eve of Azerbaijan's presidential election. The Centre’s statement on that election noted extensive violations of fundamental freedoms and a range of other shortcomings in the electoral process, many of which were also observed and reported by the OSCE.

Mubariz Gurbanli, a senior figure in the ruling Yeni Azerbaijan party, could not see any connection between Mammadli’s activities and his arrest soon afterwards. “This case should not be politicized. Elections in Azerbaijan were transparent, free and democratic … This court case was pursued because the [EMDS] organization broke the law,” he told RFE/RL.

Is an Irano-Azerbaijani Rapprochement Taking Place? 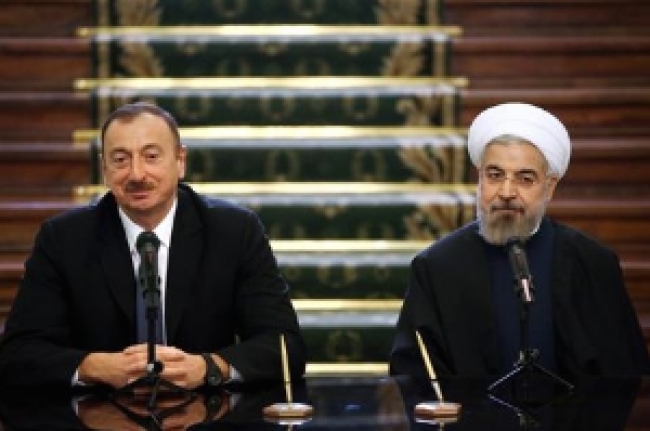 Iran is substantially modifying its policies in the Caucasus and is seeking to draw Azerbaijan closer. The high point of this rapprochement was the visit of Azerbaijan’s President Ilham Aliyev to Iran in April, a visit arranged after he and Iranian President Hassan Rouhani met in Davos in January. The visit received glowing reporting in both countries and led to the signing of several memoranda on minor issues. However, the key is that Iranian Supreme Leader Seyid Ali Khamenei expressed assurances of greater bilateral cooperation as a result of the visit as well as Iran’s support for Azerbaijan’s territorial integrity, including apparently Nagorno-Karabakh. 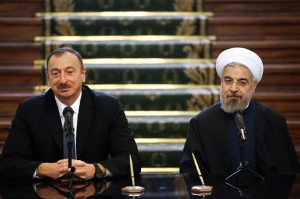 The arrest of an Azerbaijani journalist and political analyst involved in public dialogue between Azerbaijan and Armenia could endanger people’s diplomacy within the Nagorno-Karabakh conflict resolution process.

Rauf Mirgadirov has been a correspondent in Ankara for the Baku-based newspaper Zerkalo (Mirror) for the last three years. His press accreditation was suddenly cancelled and he was asked to leave Turkey immediately. Mirgadirov arranged to leave Turkey by bus for Georgia, but was forced off the bus and deported to Baku, where he was arrested upon arrival. He is now under investigation by the Ministry of National Security.

According to Rachel Denber, Deputy Europe and Central Asia Director at Human Rights Watch, “The possible coordination between Turkey and Azerbaijan to return Mirgadirov to Azerbaijan without due process should be immediately and thoroughly investigated … Turkish officials brazenly snatched Mirgadirov up without cause and unlawfully returned him to Azerbaijan. These shameless violations should be investigated and those responsible should be held to account.”

Mirkadirov’s arrest three days after Turkish Prime Minister Recep Tayyip Erdoğan’s visit to Baku raised suspicions among many in Azerbaijan that the journalist’s arrest was the result of an agreement between Ankara and Baku. Some analysts believe the action is part of Erdogan’s campaign against the leader of the Islamic Hizmet movement, Fethullah Gülen. In early 2014, another Azerbaijani journalist of Turkish newspaper Today’s Zaman, Mahir Zeynalov, was deported from Turkey.

Yet, the difference between two cases is that Mirgadirov is suspected of spying for Armenia and the charges brought against him are high treason and espionage, which envisages a punishment from 10 years in prison to a life term sentence.

Mehman Aliyev, Director of the Turan news agency, said that Mirgadirov was forced to leave the country because of his government-critical articles. “Recently, he has criticized both Azerbaijani authorities and Erdoğan’s government for violations of human rights and democratic freedoms,” Aliyev said.

Mirgadirov promoted public dialogue between Armenia and Azerbaijan, which have not had diplomatic relations since the early 1990s due to the conflict over Nagorno-Karabakh. Azerbaijani prosecutors state that Mirgadirov is suspected of having transferred classified information about Azerbaijan’s political and military sectors to Armenian intelligence between 2008 and 2009, “including photos and schemes to be used against Azerbaijan.” They claim that these supposed meetings occurred in Armenia, Georgia and Turkey.

Prosecutors pointed out Laura Bagdasarian, an Armenian journalist who is known for her cooperation with the well-known Azerbaijani human rights activist Leyla Yunus, as an Armenian “intelligence agent.” Mirgadirov's lawyer, Fuad Agayev, predicted that “other local journalists and civil society activists who cooperated within the Bagdasarian-Yunus joint project could also be prosecuted.” On April 30, prosecutors began questioning journalists with connections to Mirgadirov as well as the Institute for Peace and Democracy led by Yunus.

A few days after Mirgadirov’s arrest, Yunus and her husband Arif Yunus were stopped at the airport when they were departing for an international conference in Brussels. The prosecutor-general’s office said the Yunus couple was detained on April 28 because they “tried to flee the country” after being summoned as witnesses in a criminal case. Yunus was released from detention after questioning by investigators and the office of her institute was searched. The prosecutor-general’s April 30 statement did not elaborate on the criminal case, but it said the criminal investigation would continue. Yunus says investigators asked her about her ties with Mirgadirov.

She noted that Mirgadirov took part in projects that were supported by Germany’s Friedrich Ebert Foundation, the British and Polish embassies, the EU and other international organizations and foundations and that were aimed at encouraging the peace process between two countries.

Yunus said, “I do not accept any charges against Mirgadirov and if he was arrested for contacts with Armenians within our projects, then let the government arrest me … The treason and espionage charges brought against Mirgadirov, an active participant of conferences and the projects implemented jointly with Armenian NGOs, are putting an end to visits of civil society activists of Azerbaijan to Armenia and to the enhancement of public diplomacy and civil society in Azerbaijan … It makes participation in ‘citizen diplomacy’ dangerous.”

The Azerbaijani government is deeply skeptical about the possible contribution of citizen diplomacy to resolving the long-lasting conflict. “People’s diplomacy is an important but not decisive element of the Armenian-Azerbaijani Nagorno-Karabakh conflict,” Deputy Foreign Minister Araz Azimov remarked on the sidelines of the Second Global Forum of open societies in Baku. “That is, if the people’s diplomacy plays the role of an impulse, then it will be possible to speak about the importance of its role in resolving the conflict. However, at the moment, we do not see any steps in this direction.”

Agayev, Mirgadirov's lawyer, stated that his client did not have access to classified information and that the charges are therefore groundless. “Maybe investigators have some photos or videos where Rauf sits with Armenians at one table. But it is not serious to arrest a prominent journalist based on that,” the lawyer said. Mirgadirov acknowledged his participation in various conferences hosted by international organizations in Armenia and other countries, where he represented Azerbaijani civil society groups and presented the interests of his country, but he said that his participation was legitimate. Agayev noted that Mirgadirov considered the charges to be bogus and intended to intimidate other human rights activists and journalists in the country.

The arrest comes just weeks before Azerbaijan assumes the rotating chairmanship of the Council of Europe's Committee of Ministers. According to CPJ research, Mirgadirov is the ninth journalist behind bars in Azerbaijan.