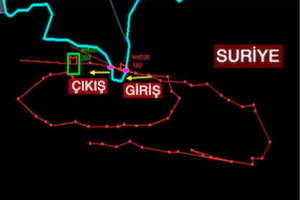 BACKGROUND: After the Turkish air force downed a Russian Su-24 bomber on November 24 and bilateral relations deteriorated in the aftermath, Russia predictably increased the capacity of its military base in Armenia. In December, additional personnel and over a dozen Mi-24P attack helicopters, along with several transport helicopters, were deployed to the base. Deliveries in January included modernized MIG-29 fighters and Tachyon unmanned aerial vehicles intended for reconnaissance operations

Russia announced plans to modernize its military presence in Armenia in 2013 (see the 13/11/13 Issue of the CACI Analyst). On November 10, shortly before the Russian-Turkish confrontation, Russian President Vladimir Putin ordered the start of negotiations with Armenia concerning a future joint regional air defense system. It was explained that in case of future incidents, units belonging to Russia’s Southern Military District might also get involved. However, since no information is available on negotiations with Georgia about overflight rights, it remains unclear how Russian planes will reach Armenian airspace if needed.

The downing of the Su-24 also caused some controversy during the Collective Security Treaty Organization (CSTO) summit in late December. Armenian President Serzh Sargsyan denounced Turkey’s action as “an obstacle to the fight against terror,” yet praised the unanimous support NATO members showed Turkey after the incident and asked for similar unity among CSTO members regarding the incidents on the Armenian-Azerbaijani border. Neither Putin, nor other heads of state commented on the issue. At the end of the summit, Sargsyan made a statement about the CSTO’s solidarity with Russia, avoiding any confrontational expressions. Although it was Armenia’s turn to take over the CSTO’s rotating presidency, Russia’s Nikolay Bordyuzha remained Secretary General of the alliance. Russian media stated that the presidents of Belarus, Kazakhstan, Kyrgyzstan, and Tajikistan had been against appointing an Armenian representative, which could antagonize Turkey (and certainly Azerbaijan as well); and also referred to other serious grounds for disagreement on several issues.

On December 19, a long-awaited meeting between the presidents of Armenia and Azerbaijan took place in Bern. No binding agreements were achieved, and negotiations are expected to continue in 2016. The OSCE Minsk Group co-chairs stated that the presidents supported “proposals regarding measures to reduce the risk of violence along the Line of Contact and the Armenia-Azerbaijan border, including an investigation mechanism.” Such a mechanism would include the installation of OSCE-monitored, advanced gunfire-locator systems and sound-ranging equipment to determine the source of attacks along the line of contact, and the deployment of additional OSCE observers along the line of contact. These measures have also been supported by 85 members of the U.S. Congress. However, as has frequently been the case in recent years, the negotiations were again accompanied by skirmishes and reciprocated bellicose rhetoric.

IMPLICATIONS: Although the criticism Sargsyan addressed to his counterparts during the CSTO summit was formally also targeted at Russia, it was likely both expected and approved by Moscow, as Russia seeks more solidarity regarding its confrontation with Turkey. A few days earlier, an embarrassing situation occurred during a meeting of the CSTO army chiefs of staff, when Armenia’s representative General Yuri Khachaturov told journalists that CSTO members supported Russia’s Syrian operation and denounced Turkey’s “aggression.” Khachaturov’s statement was widely publicized by the Russian media. However, the representatives of Belarus, Kazakhstan, and Kyrgyzstan disavowed it, saying they had not authorized Khachaturov to speak on their behalf. Unlike Armenia, other CSTO members have no trouble showing that their interests differ from Russia’s.

In general, as it has become obvious that member states’ interests often contradict one another, it no longer seems possible to pretend that the CSTO exists for any other reason than Russia’s ambition to form its own military-political bloc. The same could be said for the Eurasian Economic Union (EEU). Belarus and Kazakhstan remain in favor of free trade with Ukraine, despite Russia’s attempts to pursue a joint action. Similarly, Belarus and Kazakhstan recently refused to levy import duties on medium-range commercial planes, contrary to Russia’s plans to create favorable conditions for its Sukhoi Superjet airliner. A number of other trade issues have emerged and Armenia remains the only EEU member loyal to Russia.

Considering the confrontation between Russia and Turkey and other regional issues, several Armenian analysts have voiced concern that Armenia’s long-term pursuit of an overly pro-Russian policy risks drawing it into additional troubles, perhaps even a direct confrontation with Turkey. Moreover, getting involved in supporting Russian operations in Syria, either operationally or logistically, risks making Armenia a target for ISIS or Russia’s other adversaries. And importantly, the impact of Russia’s increasing military presence on the regional balance of power could lead to an escalation of the Nagorno-Karabakh conflict instead of sustaining deterrence.

There are additional factors that may contribute to instability in the South Caucasus in a short-term perspective. The plummeting oil price is becoming a crucial factor, unavoidably leading to a serious economic decline that could potentially result in widespread instability in Azerbaijan and Russia. At the same time, remittances from Russia have constituted Armenia’s most important source of hard currency for many years, and if this stream of income is severed, Armenia is also about to face economic and social turmoil. It should be recalled that former Prime Minister Tigran Sargsyan once admitted that the government supported emigration, because if people did not go abroad to make a living, mainly in Russia, a revolution could happen easily.

In this context, the Nagorno-Karabakh conflict is a resource available to the authorities of both Armenia and Azerbaijan for mobilizing domestic support and promoting regime stability; in fact, both regimes have used similar tactics in the past. At the same time, Russia’s internal instability could result in additional attempts to distract the population from the increasing economic hardship by taking assertive actions abroad. This combination of factors makes the South Caucasus a more vulnerable region.

CONCLUSIONS: While Armenia and Azerbaijan remain reluctant to seek a compromise, the probability that either side will seek to manipulate the Nagorno-Karabakh conflict for domestic reasons remains quite high. Russia’s capacity to influence the conflict dynamics, along with its own regional interests, adds to the risk of destabilization in the region. The U.S. and EU influence on Baku and Yerevan remains an important instrument for preventing a possible large-scale war. However, their influence on both Armenia and Azerbaijan remains rather limited, particularly in light of Armenia’s excessive dependence on Russia and Azerbaijan’s self-confidence as an important energy supplier.

Currently, additional efforts may be required to prevent an outbreak of violence in the short term. In the longer term, economic realities on the one hand and a reduced pressure from Russia on the other, could stimulate Armenia and Azerbaijan to adopt a more compromise-oriented approach to the conflict resolution process.

More in this category: « Russia recalibrates 201st base in Tajikistan Proposed changes to Tajikistan's constitution will strengthen Rahmon family's grip on power »
back to top