On October 6 and 7, Turkish military helicopters entered Armenia’s airspace near the village of Baghramyan in the Armavir region and remained for 2-4 minutes. The Head of Armenia’s General Department of Civil Aviation, Artyom Movsesyan, confirmed the violation in an interview to the Hraparak daily and said that Ankara’s explanation was that the helicopters had crossed into Armenian air space due to bad weather conditions. The Armenian-Turkish border has been closed for over 20 years (since 1993) and though the situation along the border is usually secure and calm, rare incidents on or near the border raise deep concerns in Armenia. 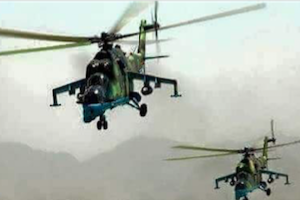 Despite official assurances from Turkey, the violation of Armenia’s air space is perceived as a political message rather than a result of bad weather. It is widely believed that the Turkish helicopters flew into Armenia in response to the violation of Turkish airspace by Russian warplanes in early October. According to Russian authorities, the fighter jets were attacking targets associated with the Islamic State and crossed the Turkish-Syrian border due to bad weather. However, NATO’s Secretary General Jens Stoltenberg remarked that the incident was unacceptable and warned that such incidents “may create a dangerous situation.” Moreover, in a special session NATO ambassadors condemned “Russia’s irresponsible behavior.”

The only comment from Armenia’s Ministries of Defense and Foreign Affairs regarding the border incident was made by the Deputy Minister of Foreign Affairs Shavarsh Qocharyan. During a briefing with journalists, Qocharyan explained that “special planes took off in order to make the Turkish helicopters land.” The Deputy Minister stated that the Turkish helicopters disappeared as Armenia was taking steps to respond. Interestingly, Russia’s border service in Armenia did not release any statement or comment on the incident, allegedly directed against the Russian Federation.

Turkologist Levon Hovsepyan has argued that the incident can have two possible causes, one related to the aforementioned tensions over Russian warplanes crossing the border between Turkey and Syria border, and the second connected with the continuous clashes between the Turkish Armed Forces and military units of the Kurdistan Workers’ Party (PKK). According to Hovsepyan, the Turkish army was simultaneously conducting military operations in the Igdir-Kars region, territories adjacent to Turkey’s border with Armenia. It is therefore possible that the helicopters were transporting additional contingents. Ruben Mehrabyan, an expert based at the Center of Political and International Studies and Sergey Minasyan, Deputy Director of the Caucasus Institute, both believe that the violation of Armenia’s air space was directly connected with similar violations of Turkey’s air space by the Russia side.

The issue was raised during the annual session of the NATO Parliamentary Assembly in Norway on October 9-12, by a delegation from Armenia’s National Assembly, which participates in NATO PA’s activities as an associate member. A member of the delegation, the secretary of the Heritage faction of the National Assembly Tevan Poghosyan, discussed the incident with the Secretary General Jens Stoltenberg. Moreover, Poghosyan has addressed a letter to the NATO Secretary General’s Special Representative for the Caucasus and Central Asia James Appathurai. He also mentioned that “it would be reasonable for the Alliance [NATO] to serve as an example and apologize for the incident, even if it was caused by weather conditions”. Tevan Poghosyan emphasized that this violation was an extraordinary one, and that clear explanations are needed. In turn, the head of Armenia’s parliamentary delegation Koryun Nahapetyan also stated that NATO should somehow react to the actions that were carried out by the military helicopters of one its member states.

However, some experts and politicians have different interpretations of the incident. Artak Davtyan, a deputy of the National Assembly, believes that this act was a demonstration of Turkey’s solidarity with Azerbaijan, whereas politologist Hrant Melik-Shahnazaryan is more inclined to regard it as an accident. Despite the variety of interpretations and allegations over the appearance of Turkish military helicopters in Armenia’s airspace, the recent tensions over Russian-Turkish relations and other significant events taking place in neighboring Turkey have percussions for Armenia’s national security.

More in this category: « Georgia mulls over resuming gas imports from Russia ICC prosecutor to investigate August 2008 war crimes »
back to top