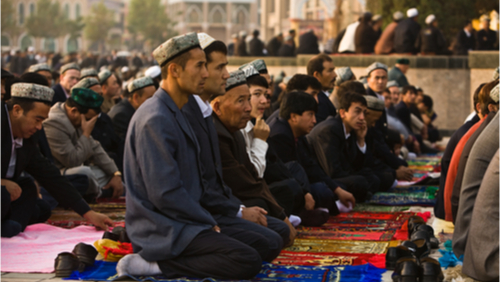 BACKGROUND: Eastern Turkestan, or what presently constitutes China’s Xinjiang Uighur Autonomous Region (hereafter Xinjiang), features a separatist Uighur movement against China’s military occupation of the region in 1884. While China stakes a historical claim on the area, the native Uighurs, nonetheless, consider it as their “homeland”.

The ruling Han Chinese and the ruled Uighurs have been competing for the retention or reassertion of political control over Xinjiang. Frequently recurring ethnic riots, particularly in 2009, 2011 and 2014 have killed hundreds from both communities.

The contestation deepened with Xinjiang’s colonization through a multipronged strategy. It began with the region’s intensive militarization in 1949-50 and “political coercion” of the Uighurs in general and more specifically the Eastern Turkestan Islamic Movement (ETIM), allegedly for adhering to Sayyid Qutb’s radical Islamic philosophy and challenging Chinese authority and its symbols, including registration cards and standard Beijing timing.

Eventually, Beijing declared all religious and separatist activities as unlawful and placed many Uighurs in internment camps, which the Chinese, however, designate as “re-education” centers to transform the Uighur mind-set from ”ghosts” to “humans” and from “infidelity” to “loyalty” towards Beijing.

Meanwhile, in the wake of sinicization, Beijing oversaw the migration of millions of Han Chinese from China proper into Xinjiang and created suitable conditions for their settlement in the region. Retired military personnel were provided with jobs, the best farmlands and possession of valuable irrigation channels in the arid region.

Beijing also installed a trusted group of Han Chinese to govern the region, appointed to the most senior positions in the army, civil and police administrations. Han Chinese dominate the region’s security structures; constituting 88 percent of PLA servicemen in Xinjiang while their share of the region’s total population is 40 percent.

Similarly, under its Belt and Road Initiative, Beijing integrated the region with its neighborhood, investing around US$ 43 billion in trans-border trade, traffic, transport and connectivity with Central Asia and US$ 56 billion in the China-Pakistan Economic Corridor project. China has also pledged an estimated investment of around US$ 10 billion in the mining of copper ores in eastern Afghanistan. Beijing assumes that regional economic projects will empower Xinjiang and transform Uighur attitudes from conflict and competition to cooperation with Beijing, although the Uighurs themselves resent their inadequate share in the region’s resources, external trade, business and jobs.

Beijing has also made cultural inroads into Xinjiang by incorporating Han names and language in official documents, revenue records, signboards, nameplates and announcements of all the Xinjiang-bound flights from Beijing. Educational curricula are dominated by Chinese history, technology, medicines, language and culture, besides the history of those national heroes who terminated the Uighur regime in Xinjiang and facilitated its military occupation by China.

IMPLICATIONS: Regardless of international efforts to pressure China on its policies in Xinjiang, these are unlikely to change, for several reasons.

First, China will continue to view Xinjiang as a colonial space, since it is a repository and major supplier of raw material to its industrial estates in and outside Xinjiang. The region’s importance will grow in tune with the rising demand for Chinese industrial goods worldwide, which is nevertheless unlikely to improve the economic marginalization of the ethnic Muslim minorities.

Second, the gap in levels of development will continue to widen between Han and Uighur inhabited regions, where Han Chinese will benefit more from Xinjiang’s growing GDP rate and investment. This is since they dominate politics, the police and the army; control regional resources, trade and industries; design and execute regional planning and development and are instrumental in implementing the ethnic, educational, religious, cultural, security and developmental aspects of the colonial plan. The anti-Beijing attitudes among the ethnic Muslim minorities are self-explanatory.

Third, the trend of demographic change will continue in tandem with China’s population growth. Many more Han Chinese will likely migrate to Xinjiang given its favorable population density. Beijing will encourage this; at least until Han Chinese outnumber the native population.

Fourth, Xinjiang’s role in regional economic integration will become increasingly important for China’s booming economy and spiking investment capability. Compared to the volatile South China maritime route, Xinjiang offers a safer and shorter overland corridor for energy import and industrial exports to the Arabian Sea countries, Central Asia and beyond. Thus, Xinjiang is an important conduit for China’s envisioned US$ 400 billion investments in Iran’s economy over 25 years in return for regular and cheap energy supplies from Iran. The region is also important for China’s planned mining projects to extract Afghanistan’s untapped mineral wealth. The prospects are bright as the West is presently disinclined to invest in a Taliban-ruled Islamist country.

China’s enforced punitive containment of the ethnic Muslim minorities will therefore continue in the face of inefficient international pressure, unless China develops structural cracks from within. China has so far showed little inclination to accept the concerns over human rights abuses in Xinjiang voiced by a range of international actors, including states as well as the UN, international NGOs such as Human Rights Watch, the EU and western media.

Likewise, the prospects for any organized local challenge to Beijing’s policies are bleak. The East Turkestan Islamic Movement (ETIM) has little chance of resurrection in the immediate future. A factor in this regard is the emerging partnership between China and the Afghan Taliban regime. Although Uighur militants backed the Taliban return to power in 2020, the Taliban is unlikely to reciprocate the favor. This does not preclude the possibility of scattered ethnic riots, with discreet support from global activists and Islamists.

CONCLUSIONS: From being a mere territorial space in 1884, China over time transformed Xinjiang into a colony. The colonization blended diverse processes of Han Chinese emigration; exploitation of the region’s mineral resources; its economic integration with its neighborhood; the creation of a Han-dominated bureaucracy, police, army and business community, as well as political deprivation, socio-economic and cultural marginalization of the native population. Eventually, the space for the native population shrank in the governance, polity, economy, religion and society of their historical “homeland.” Uighurs have fallen behind the migrant Han Chinese in all areas of human development and hence had genuine reasons to react to their political and socio-economic marginalization. Their corresponding reaction, passive in the beginning and later violent, was neutralized by China through intensive force, periodically protested by external powers. Yet, this has been of little consequence; China’s subversion of Xinjiang is akin to its global strategic goals and will in all likelihood continue.

AUTHOR’S BIO: Mushtaq A. Kaw is Professor and Former Director of the Centre of Central Asian Studies, University of Kashmir, Srinagar, India and Head of the Department of History, Maulana Azad National Urdu University, Hyderabad, India.

More in this category: « South Ossetian Territorial Claims Overlap With "Fear Zones" Already Controlled by Russian Forces Azerbaijan and Russia's Invasion of Ukraine »
back to top