In April 2021, Washington began the long-awaited withdrawal of its military forces from Afghanistan, a process that is expected to be completed by September this year. This is being done in the wake of an agreement between the U.S. and the Taliban as a condition for reaching peace in Afghanistan. However, the “victorious” Taliban began a sudden offensive in some northern provinces bordering Uzbekistan and Tajikistan. The Afghan military surprisingly retreated instead of resisting the insurgents. Some even crossed the Afghan border with Uzbekistan and Tajikistan. As the Taliban have swiftly moved to take control of most Afghanistan, including Kabul, Central Asia is facing strategic uncertainty. 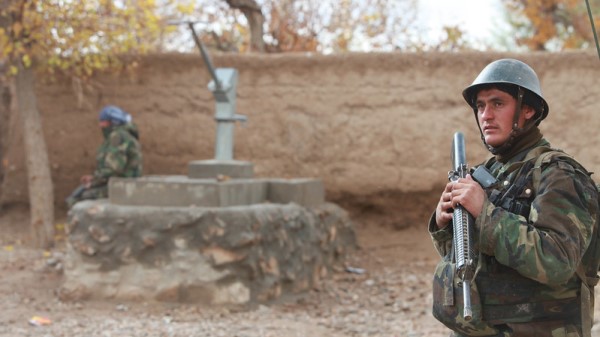 BACKGROUND: The U.S. launched its military operation in Afghanistan in October 2001 as retaliation for the 9/11 terrorist attacks organized by Osama Bin Laden who was hiding in the country. The overall operation was later rebranded as the “War on Terror,” recognizing that Afghanistan was just one theatre in the global and comprehensive counter-terrorism campaign. Further on, this mission was complemented with NATO’s Provincial Reconstruction Teams (PRTs) – a non-military and humanitarian mission to help Afghanistan reconstruct the country ravaged by war. In the last several years, this task was pursued in parallel with the U.S. undertaking to “Assist-advise-train-equip” Afghan National Defense and Security Forces. All these tasks were logically intertwined as parts of one grand holistic strategy.

The U.S. war in Afghanistan, lasting for 20 years, turned out to be the longest war in U.S. history, which motivated a change of strategy. When Bin Laden was killed in May 2011, the first goal of the retaliation action was achieved. This was perhaps the only main achievement of the international military presence in Afghanistan. Perennial negotiations with the Taliban ended with a “secret” U.S.-Taliban agreement on a drawdown of forces. In all likelihood, the agreement stipulated an end to Taliban violence in Afghanistan and the establishment of long-awaited peace in the country.

The Taliban’s new offensive in Afghanistan’s northern provinces in the middle of the withdrawal process of U.S. forces as well as the Afghan military forces’ retreat raise a number of questions pertaining to the possibility of a new civil war in Afghanistan; the capacity of the Taliban to establish real control over the country’s entire territory; the possibility that instability and conflict may spill over into Central Asia; and the geopolitical consequences for the region and the world.

Previous U.S. administrations talked about a conditional, not unconditional, withdrawal. The current administration began the drawdown despite warnings from U.S. generals of the dire consequences of such a decision. The emerging operational environment in the Afghan theater is uncertain and explosive.

Central Asian states, especially Uzbekistan and Tajikistan, have been quite hopeful and optimistic about overall developments in Afghanistan not least due to the U.S. and NATO peacemaking and peace enforcement mission in this country. These states are now facing strategic uncertainty and new challenges from the territory of this war-ravaged country. These challenges are not only related to security and trade but are also geopolitical.

IMPLICATIONS: The fall of Kabul caused chaos in the capital and across the country – chaos that constitutes a source of threats to the Afghan population as well as regional and international security due to the high probability of escalation into adjacent territories and beyond. Although the Taliban declared that they have no intention of threatening Central Asian neighbors, threats can emerge from numerous other sources that may be out or their control. For instance, the Taliban have not yet declared that they will expel Al-Qaida, IS and other terrorist groups from Afghanistan; from now on the Taliban in power will be directly responsible for terrorist threats to regional and international security emanating from the Afghanistan’s territory.

The Taliban’s surprise offensive and victory and the surprise retreat of the Afghan regular army obviated the surprising failure of the U.S. “Assist-advise-train-equip” mission. Against this backdrop, the local population in some areas, primarily in the Panjshir valley, is taking up arms to protect themselves. Thus, the possible beginning of a civil war is emerging.

The U.S. and Afghanistan adopted a Security and Defense Cooperation Agreement in September 2014 and a Strategic Partnership Agreement in May 2012. Article 6 of the 2014 documents says: “In order to contribute effectively to the security of Afghanistan and the region, the United States agrees to cooperate with Afghanistan to continue the development of ANDSF capabilities consistent with Afghanistan’s status as a Major Non-NATO Ally.” How these important agreements are to be implemented in the current conditions is a crucial question.

Uzbekistan is eager to promote the initiative “Central Asia-South Asia: regional connectivity. Challenges and opportunities” and counts on U.S. support for it. Since 2002, the U.S. and Uzbekistan are strategic partners and expect to develop their relationships accordingly. In 2020, the two states established a Dialogue of strategic partnership. Strategic Partnership per se should primarily be focused on security and long-term cooperation. Temporary deployment of a U.S. military contingent in Uzbekistan, providing shelter for Afghan refugees at U.S. request, or other forms of military cooperation aiming to strengthening regional security should all be considered on the basis of their potential to bring peace, security and stability to Afghanistan.

The withdrawal has been dotted with controversial statements from Washington. U.S. Secretary of State Antony Blinken stated that the military drawdown in Afghanistan does not mean that the country is left to its fate. However, leaving the country without military assistance appears to have meant just that. White House Press Secretary Jen Psaki stated that the Biden Administration will remain committed to its promise to work with the Afghan government in order to prevent Afghanistan from becoming a shelter for terrorist groups threatening U.S. security. The statement addressed the security of the U.S. (which is not challenged by Taliban), but not the security of Afghanistan and the region. Finally, U.S. Ambassador to the UN Linda Thomas-Greenfield stated that Afghanistan under Taliban rule would not receive international recognition if fighters seized the country by force and again established repressive Islamist rules. While this is a correct position, it is unclear to what extent U.S. recognition is a concern to the Taliban.

In this context, strong strategic communication of actions and explanations is essential. For instance, those who were pessimistic about the prospect of peace enforcement in Afghanistan and underline why the overall counter-terror operation failed in this country often argue that this is an asymmetric, nonconventional war, which is difficult to win even for a superpower such as the U.S. However, the concept of non-conventional war is to some extent misleading: it is non-conventional only in the sense that non-state fighters wage a guerrilla war and are hiding in villages among local residents; they do not have regular units and a single command; they are more mobile and can conduct sudden operations. However, when they enter the war theatre and conduct direct attacks they engage in conventional military operations and cannot but confront state forces in battles which, in turn, become conventional. Therefore, the overall strategy of waging the war on terror should be revised and modified. In particular, the role of the United Nations might be made more visible.

CONCLUSIONS: Afghanistan is now in limbo, reminiscent of the operational environment of the 1990s. The total chaos emerging in the wake of the U.S. drawdown has already damaged the U.S.’s moral reputation as a world leader and a peace maker. This is one side of the problem; the other is the geopolitical victory of the U.S.’s rivals – a hard blow to U.S. global interests. Although President Biden made the point that Americans cannot fight a war that Afghans themselves do not want to fight, he overlooked the implications of a civil war in this country for global geopolitics and international security threats.

Afghanistan’s territory is one of the theatres in global war on terror. Once, Al-Qaida’s leader was hiding in Afghanistan under the protection of the Taliban. Is there any guarantee that other international terrorists will not seek Taliban protection in the future?

In recent years, Central Asia has faced a new round of geopolitical great power rivalry. The U.S. drawdown in Afghanistan will definitely create a power vacuum in this part of the world, which geopolitical competitors can use to their advantage. This tragic turn of events in Afghanistan, which was predictable before the withdrawal of international forces, also reveals the dilemma of “geopolitics versus peacemaking.”

More in this category: « Afghan Hazaras Organize to Defend Themselves Iran and South Caucasus Railway Connections after the Nagorno-Karabakh War »
back to top