Afghan Hazaras Organize to Defend Themselves

Relentless violence against Afghanistan’s Shia Hazara community by the Sunni extremist Taliban and the Islamic State-Khorasan in recent years had prompted some of their youth to pick up arms to defend their community. Their fears have intensified with the Taliban coming to power. Recent attacks have heightened their sense of insecurity. Should violence against them persist, Hazara militias will proliferate. The Fatemiyoun Brigade, which is lying low, could be activated. Shia Iran could intervene to support the Hazaras. 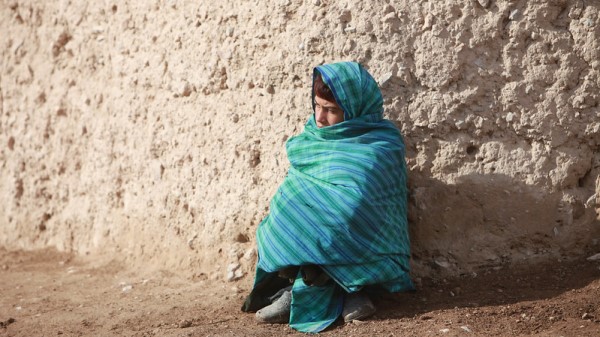 BACKGROUND: On August 18, the Taliban destroyed a statue of ethnic Hazara leader Abdul Ali Mazari in Bamiyan. Mazari was a prominent leader in the fight against the Taliban in the 1990s. He was captured by the Taliban in 1995, and tortured and killed before his body was flung out of a helicopter. The decapitation of Mazari’s statue came shortly after the killing in early July of nine Hazara men in the village of Mundarakht in Ghazni province. Six of the men were shot dead and three were tortured to death, including one man who was strangled with his own scarf and had his arms sliced off.

The Taliban’s capture of power in Kabul on August 15 has triggered a tidal wave of fear among Afghans of all ethnic groups. However, the Hazaras, who are Shia, are particularly terrified as they have been targeted repeatedly by Sunni extremist groups including the Taliban as well as the Islamic State-Khorasan (IS-K).

On May 8, a car bomb explosion in front of the Sayed al-Shuhada girls’ school in Kabul’s Dasht-e-Barchi neighborhood left at least 85 people dead and around 150 injured, most of them teenage girls of the Hazara community. Three weeks later, bombs went off on two buses headed for Dasht-e-Barchi. Again, Hazaras figured prominently among the casualties. Dasht-e-Barchi is a predominantly Hazara neighborhood in Kabul.

Hazaras have suffered oppression for centuries. In addition to systematic discrimination and socio-economic marginalization, they have suffered extreme violence, even massacres at the hands of both regime forces and insurgents in Afghanistan. In 1993, the Burhanuddin Rabbani regime massacred Hazaras in western Kabul as did the Taliban at Mazar-e-Sharif in 1998.

Hazaras have been persecuted because of their faith; they are overwhelmingly Shia in a predominantly Sunni Afghanistan. As a result, the Taliban declared “jihad” against them in 1996, while the IS-K views them as “heretics.” Countless Hazaras have been abducted for ransom or shot dead by the Taliban and the IS-K. Insecurity in villages and small towns even in districts where Hazaras comprise a majority of the population forced thousands to flee to Kabul. However, they have been targeted there as well. Since 2015, the Taliban and IS-K have repeatedly targeted mosques, schools, education centers, hospitals and wrestling clubs in the Dasht-e-Barchi neighborhood, ensuring that most of the casualties in these attacks are Hazara.

After taking control over Afghanistan on August 15, the Taliban has been attempting an image makeover. It has sought to assure Afghans and the international community that it has changed for the better. In an interview to NPR, Suhail Shaheen, the Taliban’s spokesman in Qatar said that the Taliban now has “a policy of not having any kind of discrimination against the Shia people. They are Afghans. They can live in this country peacefully and they can contribute to the reconstruction, prosperity and development of the country.”  However, there is little reason for Hazaras to believe him. On the very day that Shaheen’s conciliatory interview was broadcasted, Mazari’s statue was destroyed.

IMPLICATIONS: Afghan Hazaras fear that they will continue to be targeted by the Taliban regime not only because of their Shia faith but because they have been strong supporters of the U.S. intervention in Afghanistan and closely associated with all post-2001 governments in the country.

Afghanistan’s 2004 Constitution and political system paved the way for unprecedented inclusion of Hazaras. In addition to one of two vice-presidential slots being filled by a Hazara, members of the community have been appointed to high posts such as ministers, and governors. Hazaras backed the new order resolutely and joined the Afghan army, police and civil bureaucracy. They also availed opportunities that opened up in education. Indeed, of all Afghanistan’s ethnic groups, the Hazaras benefited the most from the opportunities emerging in the wake of the international community’s post-2001 engagement with Afghanistan.

Should the Taliban target Hazaras in the coming weeks and months, the latter will join militias. At least one has been active for some years now. In 2014, Abdul Ghani Alipoor set up a Hazara militia, the Jabha-ye Moqawamat (Resistance Force) and in the years since, this militia has defended Hazaras in districts like Behsud. In November 2018, Alipoor was arrested on allegations of running an illegal militia. In March this year, his fighters shot down an Afghan military aircraft. In the likely event of attacks on Hazaras, Alipoor’s Jabha-ye Moqawamat can be expected to play a larger role in defending the community.

There is also a regional dimension to the mounting Hazara insecurity. Given their shared Shia faith, Iran has often projected itself as the guardian of their interests and society. Indeed, thousands of Hazaras moved to Iran in recent decades to escape persecution in Afghanistan. More recently, large numbers of Hazara youth also went to Iran to join the Fatemiyoun Brigade, a militia of Shia Hazara fighters that Iran deployed in Iraq and Syria to further Iranian interests. Thousands of these battled-hardened fighters are now returning home to Afghanistan. They could pick up arms again, this time in Afghanistan to defend their own people.

However, Iran is caught in a dilemma. The Taliban’s Sunni extremism is a matter of major concern for Teheran. The last time the Taliban was in power, it slaughtered 11 Iranian diplomats in the city of Mazar-e-Sharif, bringing Iran and Afghanistan to the brink of war. Iran supported an alliance of anti-Taliban forces that the U.S. led coalition backed to oust the Taliban regime in 2001. However, Teheran’s relationship with the Taliban has changed since. Iran has supported the Taliban with arms and sanctuary in recent years, and welcomed the Taliban’s victory and the exit of U.S. troops.

While Iran is expected to recognize the Taliban regime if only to secure stability in the region and further its own economic and other interests in Afghanistan and Central Asia, the wellbeing of the Shia Hazaras is a matter of concern. Should the Taliban attack Hazaras, it would feel compelled to extend them its support. The possibility of Iran activating the Afghan Fatemiyoun or supporting Alipoor cannot be ruled out.

CONCLUSIONS: Recent attacks on Hazaras in Afghanistan provide little reason for them to be convinced by Taliban assurances that they will be safe under Taliban rule. A small but growing number of Hazaras have been picking up arms to defend themselves in recent years. This movement will grow as Hazara insecurity deepens. Should Iran decide to intervene on behalf of the Hazaras, it could activate the Fatemiyoun’s battle-hardened fighters.

Dr. Sudha Ramachandran is an independent researcher and journalist based in India. She writes on Asian political and security issues. Her articles have been published in The Diplomat, China Brief, etc. She can be contacted at This email address is being protected from spambots. You need JavaScript enabled to view it. .

More in this category: « Kazakhstan, Distancing from Russia, Courts Ethnic Russians U.S. out, Taliban in: Central Asia Facing New Challenges from Afghanistan »
back to top