China deepens its presence in Georgia via its “One Road, One Belt” initiative

On October 2, China and Georgia signed a preliminary free trade agreement (FTA), scheduled to take effect from the end of 2017, China’s first substantive FTA negotiations in Eurasia. The FTA’s 17 sections include trade goods, services, intellectual property rights and emerging issues like e-commerce, with the two parties agreeing to remove all tariffs for most of the two nations’ commodity trade, as well as pledging to open many service sector markets and improve bilateral trade laws while identifying key areas for enhancing cooperation. 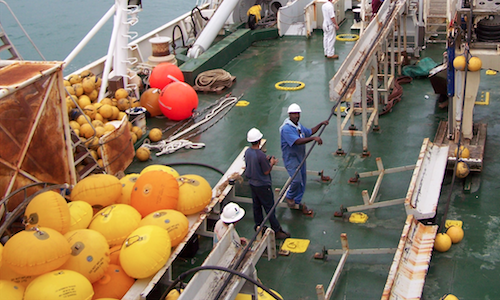 BACKGROUND: The FTA, which will coincide with the opening of the oft-delayed Baku-Tbilisi-Kars (BTK) railway, will make Georgia an integral component of China’s “One Belt, One Road” (OBOR) trading network. When the BTK railway opens, combined with Turkey’s nearly US$ 3 billion Yavuz Sultan Selim Köprüsü, its third bridge across the Bosporus, which opened in August 2016 and has a twin-track railway level, it will allow China to ship its goods by train via Georgia directly to Europe.

The FTA’s memorandum of understanding (MOU), signed between China’s Ministry of Commerce and Georgia’s Ministry of Economy and Sustainable Development, caps negotiations that began in December 2015. For Georgia its most significant export item to China at present is wine. According to Georgia’s Ministry of Agriculture, in the first 10 months of the year Georgia exported 38,392,510 bottles of wine to 50 countries, generating US$ 88.3 million in revenue, a 14 percent increase over 2015 exports.

IMPLICATIONS: Increasing China-Georgia economic relations benefit both nations, though for differing reasons. For Georgia, the FTA will increase its market presence in its second most important destination for wine exports, which can only increase due to the removal of tax levies, along with the rising prosperity of China’s middle class, interested in indulging in quality foreign comestibles.

For China, Georgia’s importance extends far beyond being a source of high-grade alcoholic beverages, as the Caucasian nation is an important component in its economic penetration of not only the post-Soviet space but its further outreach via OBOR to lucrative European markets.
China’s rising interest in Georgia is making the Caucasian nation an increasingly important pawn on the geopolitical chessboard contest being waged between Russia, the U.S. and China, as the first two view Georgia primarily through a military prism. Since Russia’s March 2014 annexation of Crimea, U.S. warships from the Sixth Fleet along with NATO vessels have made courtesy calls to Georgia’s Black Sea ports of Anaklia, Poti and Batumi.

Complicating the maritime commerce picture, in December 2008 the Georgian Economic Development Ministry announced that a UAE company, Rak Investment, bought a 100 percent stake in Poti’s merchant port, while earlier this year Georgian Prime Minister Georgi Kvirikashvili announced that the American firm Conti International had been awarded a US$ 2.5 billion contract to build the Anaklia port in conjunction with Georgia’s TBC Holding Company.

This focus on the commercial primacy of Georgia’s ports is the result of a pragmatic decision by the Georgian government that its naval infrastructure, currently moribund, is unlikely to be strengthened in the near future. Speaking on November 7 at a press conference pegged to his first 100 days in office, Georgian Defense Minister Levan Izoria announced plans to reform the country’s army, air force, and air-defense system, but told journalists that because of the “colossal expense … running into billions,” he was “categorically against” rebuilding Georgia's naval capacity, which was almost totally destroyed during Georgia’s brief conflict with Russia in 2008.

But if Georgia’s Ministry of Defense has shelved plans at present for reviving the Georgian Navy, the Georgian government’s persistent interest in NATO membership, combined with its Partnership for Peace (PfP) activities and increasing number of NATO naval visits, continue to unsettle Russia, which regards NATO’s interest in Georgia as a destabilizing regional threat. Georgia’s outreach to China in such a context could provide increased Chinese interest in regional stability to protect its economic interests, blunting the rising military rivalry between Russia and the U.S. in the Black Sea while underpinning Georgian sovereignty.

Further evidence of Georgia’s intention beyond China to interweave its commercial value into the evolving Eurasian transport network, particularly to the BTK railway, as a barrier to Russia’s encroachment, is illustrated by the signing last July of an agreement between Georgian Railway and Germany’s Deutsche Bahn transport company. The MoU envisages development of Georgian-German collaboration to provide transport services in two directions: the trans-Caspian movement of goods between China and Europe as well as a second corridor providing for the movement of goods to and from Europe to Iran and Iraq via Georgia.

Should the MoU be fully implemented, its potential for a massive volume of rail trade is significant, as Deutsche Bahn is a company with long experience of producing “block” trains, in which all the wagons carry the same commodity and are shipped from point of origin to a final destination, without being split up or stored en route. While block train service already exists between a number of Chinese cities and Germany via the Russian Federation and Kazakhstan, a southern route through Central Asia transiting the Caspian via rail ferry and continuing onwards through the Caucasus into Turkey could bypass Russia entirely. As the lion’s share of this East-West trade would originate in both Europe and China, Georgia could by positioning itself as an integral component in this economic network provide additional shelter from Russian pressure. If the Russian government disrupted the trade, it could face pressure from Brussels as well as Beijing.

CONCLUSIONS: In many ways, China’s growing trade ties with Georgia are merely the latest iteration of its rising economic penetration of the post-Soviet space, which has been slowly proceeding since the 1991 collapse of the USSR. Unlike Chinese initiatives in Central Asia, its involvement with Georgia will under the OBOR policy include not only a railway link, but also a maritime component. This will potentially give China access to Georgia’s Black Sea ports of Batumi, Anaklia and Poti, as well as the country’s two oil export terminals, Supsa and Kulevi, which transit Azerbaijani, Turkmen and Kazakh oil. While Russia’s pressure against both Ukraine and Georgia is primarily motivated by Moscow’s determined opposition to either nation joining NATO, their development of economic links to China add another dimension of complexity to Russian intentions, as China is now Moscow’s largest trading partner as well. Therefore, Georgia’s future sovereignty may well be defended less by force of arms than by its growing integration into the world’s second-largest economy’s evolving transport network.

More in this category: « Ruling party claims victory in Georgia’s parliamentary ballot Uzbekistan-Tajikistan: game over, but what is the score? »
back to top