Tensions along the line of contact in Nagorno-Karabakh and on the Armenian-Azerbaijani border have intensified from September 24, with skirmishes including the use of heavy artillery by both sides. Tensions have grown to a level where the danger of a large-scale confrontation should be seriously considered. Russia’s specific interests aggravate the situation, while the conflicting sides remain reluctant to seek a compromise solution. In this situation, Armenia and Azerbaijan are under increasing pressure to accept a Russia-led peacekeeping mission to the region. 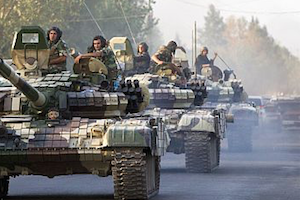