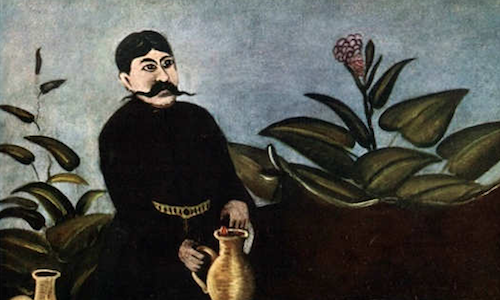 BACKGROUND: In 2006, before the first embargo was issued, Russia was Georgia’s largest trade partner with regard to wine and mineral water export. This dependence was one sided; as much as 80 percent of Georgia’s exports in this segment went to Russia, but only 10 percent of the wines on the Russian market originated in Georgia. Meanwhile, the export of wine amounted to 10 percent of all Georgian exports at that time. The introduction of a ban under these circumstances cost Russia little, while Georgia’s wine producing sector took severe damage and its exports fell significantly.

In fact, prior to 2006, Georgian wines had serious problems with quality – especially regarding counterfeit products. The Russian embargo and the subsequent thrust for new markets forced Georgian producers to increase the quality of their wines significantly and in only a few years Georgian wines earned back their good reputation. However, despite some success, Georgian producers did not manage to find an adequate alternative to the Russian market and by 2012 exports still did not reach the pre-2006 figures. Despite high hopes attached to expansion to the United Kingdom and the U.S., Georgian wines saw much less success on Western markets than Moldovan wines. Georgian wines instead increased sales mostly in post-communist countries, where they were already more or less well known brands.

On average, Georgian and Moldovan vineyards have a smaller yield per hectare than their Western European competition. This has been reflected in the prices – for example, on the very lucrative British market, Georgian Saperavi was offered for US$ 15.3 on average, while the better known French Cabernet Sauvignon cost only US$ 9.07. In Western markets, Georgia betted on dry red Mukuzani and semi-sweet Kindzmarauli and belatedly started to explore other dry varieties of local wines. In comparison to post-Soviet markets craving for traditional Georgian sweet and semi-sweet wines, Western Europeans prefer dry wines. As a result, Georgia’s re-orientation towards lucrative markets in Western Europe has been much slower and less successful than many in Georgia hoped. Yet this process is well underway and could be successfully concluded if given enough time and resources.

IMPLICATIONS: Following Georgia’s 2012 parliamentary elections, which brought the Georgian Dream coalition to power; Tbilisi and Moscow launched intense negotiations on removing the Russian ban. In result, in fall 2013, 65 Georgian wine companies received a license allowing them to renew exports to the Russian Federation. However, the position of Georgian companies on the Russian market had changed since 2006. The significantly increased quality of Georgian wines had also caused a rise in their prices. While in 2006, the price of a bottle of Georgian wine in Russia averaged between 150 and 200 rubles, after 2012 the price had increased to 250-300 rubles. Moreover, during the embargo, wines from Western Europe had found their way to the Russian market, creating stiff competition for Georgia’s production.

Yet the current situation confirms the remaining preference for Georgian semi-sweet wines among Russian consumers and Georgian wines have celebrated a swift success in Russia. Today, Georgian wines are once again exported mostly on prepayment terms on the Russian market, which has reemerged as the most important market for Georgian exporters, consuming more Georgian wines than the other top four importers (Ukraine, Kazakhstan, Poland and China) combined. Only in the last two months, Georgia’s wine export to Russia doubled, increasing by 154 percent in comparison to 2015.

Especially in comparison to the limited ability of Georgian wines to compete on Western markets, it is a valid question why they are so successful in Russia and whether this state of affairs is firmly given. It is actually not true that Georgian wines would not a priori be competitive on Western markets. In 2012, Georgian wineries won 28 medals at the Decanter World Wine Awards, including two silver medals. Moreover, Georgia offers more than 400 varieties of grapes, although only 38 are grown officially for commercial purposes. Most of these grapes and wines are traditional in the Caucasus and mostly unknown in the West. In Russia, several generations grew up drinking Georgian wines and are well acquainted with specific local grapes such as Mtsvani or Rkatsiteli, which most of Westerners find difficult not just to recognize, but even to pronounce. As mentioned above, most of the 38 commercially grown grape varieties are sweet and semi-sweet, which makes Georgian wines very popular in the post-Soviet countries.

However, it would be a mistake to assume that from the several hundreds of grapes grown in Georgia, it would not be possible to produce high quality dry wines, potentially able to succeed on West European markets. The already mentioned Mtsvani among white wines and Mukuzani among reds, are both dry and widely considered to be of high quality, with a fair export potential.

In fact, before Russia lifted the ban on Georgian wines, local producers and companies started to experiment with the drier varieties that might have succeed on Western markets. However, switching from one type of grapes to a new one is always risky and takes years at best to finalize. Therefore, an often overlooked effect of the lifted embargo in 2013 was that experiments with drier wines were to some extent held up in Georgia as producers returned to older, well-known varieties popular in the post-Soviet markets. In result, after 2013 the reorientation towards alternative markets in Western Europe slowed considerably and in the case of a renewed Russian embargo, Georgian wine exports would face similarly severe consequences as they did in 2006. A proper introduction on Western European markets would take years and could have a devastating effect on many local producers and companies.

However, Russia’s dominance with regard to consumption of Georgian wines is increasingly challenged not from the west but from the east. A free trade agreement between Georgia and China is expected to be implemented by mid-2017, removing the current 48.5 percent customs fee on Georgian wines. This should provide a substantial boost to the export of Georgian wines to the Chinese market, which is already rising steadily. In turn, this could seriously alter the dependence of Georgian producers on Russia.

CONCLUSIONS: By lifting the embargo on Georgian wines and mineral waters in 2013, Russia slowed down the difficult but steady reorientation of Georgian wine producers towards Western markets to some degree. Today, Georgia’s wine production and export is once again deeply dependent on the Russian market. Moscow managed to make its point by punishing Georgian producers with a ban lasting for 5 years. Moreover, the Kremlin was fairly successful in renewing this tool of political blackmail by lifting the embargo before Georgian producers managed to successfully establish their products on new markets. However, this tool is double-edged and overusing it would likely make Georgian producers see the painful and lengthy reorientation towards Western markets, or to a growing degree towards China, as more advantageous than the profitable but uncertain Russian market. Under these circumstances, and especially in light of the free trade agreement between Georgia and China, Russia would indirectly strengthen the economic independence of this key country by issuing a new ban on Georgian wines, instead of drawing it deeper towards its own orbit. In this perspective, the State Duma’s recommendation in July appears to have been an instance of saber-rattling ahead of Georgia’s parliamentary elections on October 8, rather than a statement of intent to introduce a new ban on Georgian wines.

AUTHOR’S BIO: Tomáš Baranec is a graduate of Charles University in Prague. His research interests include nationalism and factors of ethnic conflicts and separatism in the Caucasus.