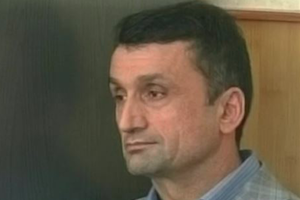 On February 4, Tbilisi City Court ordered pre-trail detention for eleven former and incumbent police officers in connection with the death of two young men in the so called “tennis court special operation” taking place in 2006.

According to the then-official version, spread by the Ministry of Internal Affairs (MIA), on May 2, 2006, Zurab Vazagashvili, Aleksandre Khubulov and Bondo Puturidze were on their way to commit armed robbery in a Tbilisi district and the police prevented the crime through a special operation. When law enforcement officers tried to stop the suspects’ car nearby a tennis court in downtown Tbilisi, the suspects opened fire, which was returned by the police officers. Vazagashvili and Khubulov were shot dead whereas Puturidze was wounded.

The Public Defender’s Office commissioned an alternative ballistic investigation, detecting that no shots were fired from the car. Nevertheless, in 2007 the case was closed. Zurab’s father, Yuri Vazagashvili has accused the authorities of fabricating evidence to clear the offenders. The case was even brought to the Strasbourg-based European Court of Human Rights.

After coming to power in 2012, Georgian Dream (GD) coalition reopened the investigation into the Vazagashvili case though could not reach any tangible results. Yuri Vazagashvili then asked former Prime Minister Bidzina Ivanishvili to help in dismissing the suspected officials who were still working in law enforcement.

In a recent interview to newspaper Kviris Palitra, Vazagashvili criticized the lack of government efforts to determine the truth and accused the then interior minister Alexander Tchikaidze of protecting the culprits. On the next day, Vazagashvili was killed in an explosion at the grave of his son in the village of Karapila located near the South Ossetian conflict zone.

The murder gave rise to widespread speculation regarding the links between the explosion and Vazagashvili’s continued efforts to penalize his son’s murderers. PM Irakli Gharibashvili said the incident “shocked” him and urged the law enforcement agencies to investigate the case immediately, and to complete the investigation of the 2006 special operation “in the shortest period of time.” Almost immediately, Interior Minister Tchikaidze resigned. Tchikaidze’s written statement reads, “Though Yuri Vazagashvili’s allegations are far from reality, I feel the moral responsibility to quit the post.”

In two weeks, the Prosecutor’s office (PO) indicted Irakli Pirtskhalava, former deputy head of the Criminal Police Department, for the premeditated murder of Khubulov. The prosecutor’s motion states that Khubulov tipped off police regarding Pirtskhalava’s brother, Levan, drug-related crimes resulting in his arrest in April, 2006. Pirtskhalava then decided to take revenge on Khubulov, plotting a special operation by inventing the false story of a robbery, resulting in the shooting of Khubulov and Vazagashvili. By eliminating the witnesses, Pirtskhalava was able to avenge his brother while keeping his “official influence and reputation,” the PO’s motion said. The Tbilisi City Court rejected the defense lawyer’s petitions to release the former and active detained officers on bail.

On February 8, Gia Sosanashvili, another policeman and allegedly a friend of Pirtskhalava, was detained as a suspect of Yuri Vazagashvili’s murder. According to PO, he was identified through a DNA sample detected on part of a hand grenade that went off at the grave. The PO said that Sosanashvili installed the explosive device while someone else gave the order. The detained policeman denies guilt. His lawyer said that at the moment of the explosion, Sosanashvili was at a public place and that dozens of witnesses can prove it.

The recent developments taking place in about two weeks had an immense resonance among the public. From the very beginning, the “tennis court special operation” involved inconsistencies and controversies but the investigation has focused only on the possible use of excessive force by the police. The PO’s new charges, however, turned previous findings upside down and raised several additional questions. For example, how the deputy head of the department was able to mastermind a murder of this scale and involve so many subordinates in it. Moreover, if Pirtskhalava aimed to liquidate witnesses, why did Puturidze survive?

Another striking feature is the timing of the crimes’ resolution. After the investigation was idle for two years, the PO was able to solve both cases in two weeks, while other baffling murders occurring during the GD’s term in power remain unsolved. Most significantly, the assassination of the politician and media tycoon Erosi Kitsmarishvili and the murder of 10 month-old baby-girl Barbare Raphaliants, who was allegedly killed for political reasons.

GD supporters have welcomed the PO’s move, labeling it a “restoration of justice” – one of the prominent pre-election promises of the coalition. Others suspect political motives behind the events and perceive them as an attempt by the government to divert public attention from simmering social discontent.