In January 2019, the Central Asian terrorist group Katibat Tawhid wal Jihad (KTJ) publicly renewed its Bayat (oath of allegiance) to Ayman al-Zawahiri, al Qaeda’s global chief. More than seven years after the killing of Osama bin Laden, al Qaeda continues to attract Central Asian Salafi groups. This trend has intensified since the start of the Syrian civil war, where several thousand radical Islamists from Central Asia went to wage Jihad. The conflict has allowed al Qaeda to claim Syria as its newest and most important safe haven for a global Jihad ideology. The ideological assimilation of the Central Asian groups with al Qaeda took place precisely in Syria. 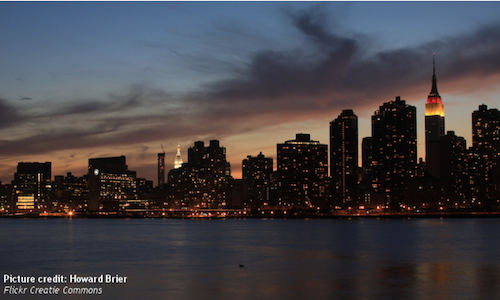 The second wave occurred after the outbreak of the Syrian war, as illustrated by the KTJ’s renewed Bayat to al-Zawahiri. Besides KTJ, Katibat Imam al-Bukhari (KIB) from Central Asia, as well as Uyghur groups including the TIP and Katibat al-Ghuraba (KG) from Chinese Xinjiang, also swore allegiance to al Qaeda. Today, all of these groups are fighting against the regime of Bashar al-Assad in Syria’s northwestern Idlib province under the leadership of Hayat Tahrir al-Sham (HTS), the largest Sunni jihadist group. HTS has from the beginning of the Syrian war been a combat mentor for al Qaeda-linked KTJ, TIP and KIB. While Uzbek and Uyghur jihadists have much in common with HTS, they have managed to maintain relative freedom in terms of retaining the names of their organizations, separate financial sources and budgets, along with their own military and technical equipment.

The affiliation of the Central Asian jihadist groups with HTS occurred in 2013-14 on the recommendation of al Qaeda. They share al Qaeda’s ideological doctrine and, on its call, performed Hijrah (the migration or journey of Muslims for Jihad) from Afghanistan and Central Asia to Syria. The Uzbek and Uyghur groups were stationed in territories controlled by HTS in northern Syria. They have a common enemy in the Bashar al-Assad regime and share the goal of building a Sharia state in the Middle East. After the conquest of Sham and Afghanistan, they plan to apply their combat experience in Central Asia and establish a Caliphate with the ideology of al Qaeda in the Central Asian Ferghana Valley and in Chinese Xinjiang.

HTS, previously named the al-Nusra front, was created by al-Qaeda in 2012. In 2017, al-Nusra claimed to sever its links with al Qaeda and rebranded as HTS. However, the activities of Uyghur and Uzbek jihadists, which have remained loyal to al Qaeda but simultaneously subordinate to HTS, indicate that personal and ideological ties remain strong. Indeed, the Central Asian groups in Syria have become a link between al Qaeda and HTS after their formal detachment of ties.

IMPLICATIONS: KTJ published its Bayat to al-Zawahiri to prove its loyalty to al Qaeda and HTS, renewing its earlier pledge from 2015. The group leader Abu Saloh’s (Sirojiddin Mukhtarov) oath was issued in the form of an audio recording that was first released via the venture’s Telegram channel, under the heading “Bayat to al Qaeda.” In his 14-minute Khutbah (preaching) Abu Saloh termed the U.S. and Russia enemies of the Muslims, and urged militants to conduct Jihad against them. This position of the KTJ leader is fully consistent with the ideological doctrine of al Qaeda, which considers the U.S. as the “first enemy” of Muslims. He justified his decision to pledge allegiance to al Qaeda by the Quran’s Surahs and Ayats. In particular, he referred to the Surah an-Nasr, which translates “Victory” or “Allah’s help.” He then emotionally announced that to speed up the arrival of an-Nasr and declaring Jihad against Kafirs, KTJ takes the oath of allegiance to al Qaeda. Abu Saloh promised to liberate Palestine after the conquest of Damascus. It should be noted that the liberation of Jerusalem from Israel is the program goal of al-Zawahiri, since Palestine remains a cause for mobilizing Sunni groups around al Qaeda.

The Salafi cleric Abu Qatada al-Filistini, described in the JTF-GTMO threat assessment as a “prominent al Qaeda spiritual leader, recruiter, and financier”, played a significant role for Central Asian militants who became members of al Qaeda. Today, about two thousand Uyghur, Uzbek, Kyrgyz and Tajik Jihadists are members of al Qaeda. Abu Saloh confirms that he consulted with Abu Qatada and received his blessing for joining KTJ to al Qaeda.

The significant weakening of the terrorist group known as the Islamic State in Iraq and Syria (ISIS) has revealed that al-Zawahiri has strategically calibrated the priorities of al Qaeda and its affiliated groups from Central Asia, and managed to implement an action plan allowing them to survive in the struggle for leadership of the global jihad. The continuation of the war in Syria is important for the further mobilization of Central Asian Salafi-Jihadi groups around al Qaeda since its fundamental ideology is built on the concept of jihad against the “infidels.”

Especially KTJ leader Abu Saloh and TIP’s head Abdul Haq have become fanatical followers of al-Zawahiri and ardent propagandists of al-Qaeda ideology. Bin Laden remains a hero and martyr for Uzbek and Uyghur jihadists, and al Qaeda’s strategy and tactics use them as a model in the fight against the “crusaders” of the West. In ideological work, KTJ and TIP adopted al-Qaeda’s style, methods and forms of submitting information. Today, after the fall of the Caliphate in Syria and Iraq, the number of ISIS supporters in Central Asia has declined markedly, but KTJ and TIP successfully continue to recruit new volunteers for the ranks of al-Qaeda.

The leaders of TIP, KTJ and KIB are aggressive agitators of Salafism and Jihad and have managed to gather a certain following in the Ferghana Valley. As a result, al Qaeda has strengthened its network in Central Asia and created clandestine resources that can be mobilized in case of local needs and emergencies.

CONCLUSIONS: The U.S. State Department has designated Central Asian Salafi-Jihadi groups ETIM, IMU, KIB and TIP leader Abdul Haq as global terrorist organizations for their support to al Qaida. However, despite the fact that KTJ Jihadists have increased their stature among global terrorist groups over the past five years, and receive assistance from al Qaeda, KTJ is not yet included it in the list. Kyrgyzstan, Uzbekistan, Kazakhstan, Tajikistan and Russia have recognized KTJ as a terrorist organization. Russia's Federal Security Service accused KTJ of the terror attack on St. Petersburg’s metro in April 2017 and Kyrgyz authorities blamed KTJ for the attack on the Chinese Embassy in Bishkek on August 30, 2016. However, KTJ’s activities have expanded since. TIP and KTJ have even opened two madrasas in Syria’s Idlib, instructing Uyghur and Uzbek children in al Qaeda’s ideology. In this regard, it would be advisable for the U.S. Government and the UN to take punitive measures against KTJ. After the U.S. government designated KIB as a global terrorist organization, its aggressive anti-American, Zionist rhetoric and propaganda of al Qaeda's ideology markedly subsided.

Uran Botobekov, PhD, expert on Political Islam, has served as a Kyrgyz diplomat in Ukraine and Turkey. He has worked in the Government and in the Presidential Administration of the Kyrgyz Republic, and as the Secretary of Science at the Kyrgyz National Academy of Sciences. His scientific research focuses on the radical ideology of Sunni Wahhabism in Central Asia and the Middle East, as well as the Salafi-Jihadi movements underpinning such groups as al Qaeda and the Islamic State, or ISIS.

More in this category: « China's Military Base in Tajikistan: What Does it Mean? Azerbaijan's Defense Industry Reform »
back to top