On April 23, Tajikistan’s President Emomali Rakhmon gave his annual address to parliament, summarizing the 2013 year and outlining priorities in Tajikistan’s development for 2014.

Tajikistan’s economy was the primary and most detailed part of the speech. Rakhmon called for higher participation in world trade processes, stressing the need for export increases. He outlined his vision of improving export through government assistance and fees reassignment. Rakhmon announced the state support to private production enterprises in 2014-2020, establishment of new free economic zones, and introduction of export fees on raw cotton, silk, and other raw materials to stimulate production manufacturing inside the country. Rakhmon is concerned with the lack of interest to production enterprises from Tajik entrepreneurs which are the engine for export increase in any country. In spite of similar statements in his previous address, the actual environment for entrepreneurship in Tajikistan worsened in 2013. The hopes of private sector for self-regulation and open dialog with the government were lost with the dismissal of its Coordination Council and arrest of its leader Zaid Saidov in May 2013.

The perspectives of export in Tajikistan depend greatly on the country’s ability to deliver its products to prospective consumers. The development of Tajikistan’s transporting infrastructure is the foremost task in expanding its export potential. Still, the address lacked detailed overview and particular means for resolving Tajikistan’s transporting isolation. Rakhmon referred to the Dushanbe – Kulma, China highway and Turkmenistan-Afghanistan-Tajikistan railroad as critical for the country’s economic development. At the same time, the president failed to mention that the highway to China, in fact a reconstruction of a Soviet-era motorway, evolves slowly and depends on financial assistance from China’s Export-Import Bank. Also, while Turkmenistan has entered active stages of railroad construction process, the Tajik part is still in its technical-economic substantiation phase of development. The railroad Dushanbe – Kurgan-Tube has stalled due to financial difficulties with Tajikistan once again placing its hopes on China’s investors. Moreover, the 2011 report on transportation and communication in Tajikistan prepared by the Asian Development Bank indicates the loss of 80 percent of Tajik transporting infrastructure system after independence. Among other shortcomings the report points out the low quality of existing roads and bureaucratic obstacles which force transit transport to seek alternative routes bypassing Tajikistan.

Rakhmon called for a shift of attention from agrarian to industrial sectors, whereas he has previously praised the progress in the country’s agrarian segment of economy. The improvement of socioeconomic conditions for farmers is seen as the primary objective for the Tajik government in 2014. Yet, Rakhmon avoided reporting on the progress of two key government acts, from 2007 and 2009, which define agrarian reform in Tajikistan. In 2013, Rakhmon spoke about required improvements in land rehabilitation, melioration system renovation, and seeds selection, the results of which were not mentioned in the current address. The proposition on higher export fees on raw cotton, which should stimulate manufacturing and industrialization, terminates the provision on simplifying raw cotton export as outlined in the 2007 act.

Another new step is the preparation for state enterprises involved in the exploration of natural resources to enter world financial markets in 2014. Rakhmon ties these hopes to the country’s potential in coal, gas, and oil extraction. However, according to the U.S. Energy Information Administration, in the period 1992-2013 Tajikistan’s consumption of petroleum, gas, and coal was continuously exceeding the country’s production capabilities. Also, according to a 2011 investment outlook report prepared for Tethys Petroleum, the largest investor in Tajikistan’s gas and oil industry, by Halyk Finance, an affiliate of the National Bank of Kazakhstan, the exploration of major oil and gas deposits in Tajikistan is still in its early stages of development and presumably outweighs risks over profit. Rakhmon’s expectations towards state enterprises stock trade potential hence seem unsubstantiated and premature.

Regarding Tajikistan’s foreign policy, the turmoil in Ukraine produced an ambiguous situation for a number of post-Soviet republics. The Tajik regime is still contemplating the appropriate reaction to the intensified West-Russia confrontation. The continuous silence on the crisis in Ukraine was present also in Rakhmon’s address to parliament. Rakhmon noted the difficulty of defining the course of the foreign policy for Tajikistan due to the increased complexity of international relations among world leaders. However, the calibrated advances towards Russia are visible in Rakhmon’s call to consider Tajikistan’s geopolitical location and the country’s reliance on its closest long-term partners. Rakhmon noted valuable spiritual-cultural and economic connections with Russia. Russia holds a leading position among foreign investors in the Tajik economy. The past year also saw the finalization of Russia’s military base extension in Tajikistan in exchange for privileges for labor migrants and tariff-free fuel supply to Tajikistan.

The relationships with Iran and Afghanistan were singled out into a separate group due to common ethnical heritage. The Tajik president also pointed out China as its main economic partner in Asia and the role of the U.S. and the EU as partners in fighting terrorism and drug trafficking in Tajikistan.

The general notion of the president’s address is the continuous growth of the country’s economy, ongoing socioeconomic improvements, improving business conditions, the progressive reduction of poverty, and overall prosperity in the conditions of a persistent world economic crisis. In a number of ways, the 2014 address is a paraphrased version from the year before. Both speeches are a compilation of the same general ideas, recurrent prospects, and motivational calls for action. Rakhmon’s address lacks a review of failures of the previous year and a sense of accountability. Accountability needs to be established through a system of control over the implementation of directives delivered in the annual address, while the results, whether negative or positive, should be presented and explained and relevant conclusions formulated. Otherwise, the address will remain the routine out-of-touch speech having little to no effect on the country’s developmental processes.

Tajikistan’s Anti-corruption agency has initiated legal proceedings against Ukrainian businessman Dmitry Firtash, the owner of Group DF. Firtash, recently arrested in Austria on bribery charges at the request of the FBI, maintains economic ties with Tajikistan through ownership of the clothing factory Guliston and the joint-stock company TajikAzot (TajikNitrogen), one of the largest producers of agricultural fertilizers in Central Asia. Allegedly possessing high political connections throughout Central Asia, Ukraine, and Russia, Firtash is in Tajikistan linked to the businessman Zaid Saidov, who was recently imprisoned in a case widely considered to be politically motivated.

Firtash was arrested in Vienna on March 12, 2014, and released on a 125 million Euro bail two days later. Firtash is accused of criminal collusion and bribery of state officials in India, allowing him access to titanium mining business. Following Firtash’s arrest, Tajikistan’s Anticorruption agency charged him on March 15 with the illegal privatization of the Guliston clothing factory in 2002. Firtash owned 95 percent of the stock, while Zaid Saidov owned the remaining 5 percent. In a swift decision, the Economic Court of Dushanbe granted the claim on April 2, in the absence of either the defendants or their representatives. The Economic Court transferred the factory ownership to the Tajik Ministry of Industry and Innovations.

The second set of actions taken against Firtash was the revision of the joint-stock company TajikAzot, one fourth of which belongs to Tajikistan while Firtash owns the rest. The Anticorruption agency accuses Firtash of illegal privatization of the company in 2002 and misappropriation of funds. TajikAzot was modernized Under Firtash’s ownership but experienced production difficulties from 2008 to 2011 due to energy shortages and high input expenses. In 2011, the Tajik parliament reduced the value-added tax for TajikAzot from 18 to 9 percent in an effort to reignite the production and increase the company’s competitiveness. Currently, the company’s economic profile looks bleak and can be revitalized only if Tajikistan resolves its energy problems.

From a political standpoint, the Tajik government continues to persecute Saidov’s supporters and business partners. Saidov’s lawyer, Fakhriddin Zokirov was arrested on charges of fraud on March 10, 2014, at the request of the Anticorruption agency, three months after Saidov was convicted to a 26-year prison sentence. Saidov’s other lawyers have also complained about anonymous threats and warnings. Therefore, the expropriation of Firtash’s assets serves as demonstration by the Tajik government of its persistence in dealing with political opposition.

The Anticorruption agency argued that Saidov was involved in the fraudulent privatization of Guliston and TajikAzot. Since Saidov’s trial was classified by Tajikistan’s Supreme Court, it is difficult to ascertain whether the companies were part of the accusations against Saidov. Saidov’s verdict contains unspecified counts of bribery and fraud, which provide an opportunity for selective investigations of his activities and a-priori assumptions of their illegal character, as seen in Firtash’s case.

The timing is another question in the Guliston and TajikAzot cases. Article 206 of Tajikistan’s Civil Code defines a three-year limitation of action term on void contracts from the start of the contract. The privatization of Guliston and TajikAzot took place in 2002 – well beyond the three-year limitation term. Presumably, the Anticorruption agency used Saidov’s verdict to return property obtained as a result of illegal activity. Yet, there is little clarity, as required by legal norms, what property and activities are to be considered illegal. Saidov’s case reveals serious deficiencies and ambiguities, which are in turn transferred into Firtash’s case.

The number of legal ambiguities regarding the foundation of the accusations, the rapid decisions, and the timing of the accusations raise questions regarding the Tajik government’s actions. Firtash’s case undoubtedly provided an opportunity for the Tajik government. Not only did Firtash compromise his standing with the Tajik ruling elite through his connections with Zaid Saidov, but Firtash is also allegedly arrested for financial crimes at the FBI’s request. Although Firtash’s case has yet to be tried in court, it seems that the Tajik government saw his conviction as a done deal and have already decided the fate of his assets in Tajikistan. However, the Tajik government’s actions send a strong repulsive message to businessmen and potential investors in the Tajik economy. The outcome of fast but poorly thought-out decisions can negatively affect the fragile Tajik economy. 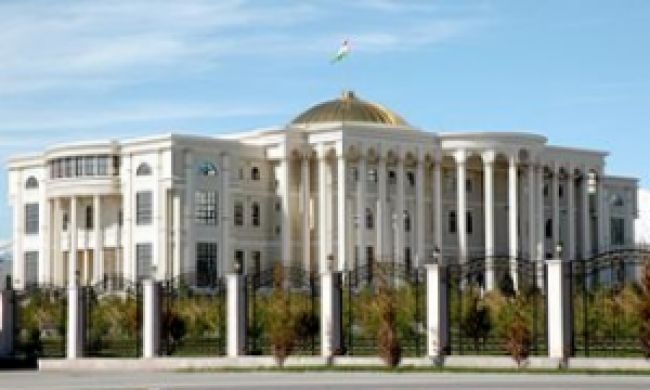 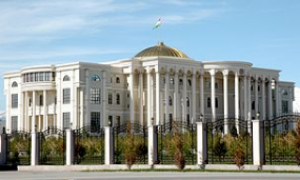