The eruption of protests in Dagestan, followed by an announced/organized protest that failed to materialize, reveal an opposition in flux and a local regime that, while somewhat weakened, is still able to reliably quash a protest movement. Aside from efforts by the authorities, subsequent protests failed to materialize just as much due to a lack of political leadership and the quiet of Dagestani athletes – usually a focus of respect among Dagestanis. While some disquiet remains, Dagestan’s Head Sergei Melikov has for now successfully prevented the emergence of an opposition movement similar to the one that toppled Yunus-Bek Yevkurov in Ingushetia. 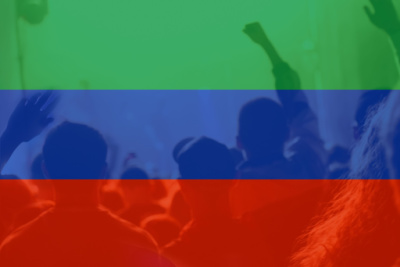 BACKGROUND: On September 21, Russia’s President Vladimir Putin announced a “partial mobilization” in Russia following setbacks in the “special military operation” in Ukraine. The setbacks included an earlier stagnation in Russia’s advances throughout the summer and successes of Ukraine’s Counteroffensive in Kharkiv Oblast in September.

Before the mobilization, on September 15 Chechnya’s Head Ramzan Kadyrov promoted a “local mobilization” effort in Russia’s regions, which found some backing among regional governors. Melikov belonged to those backing the initiative.

Similarly to Mahmud-Ali Kalimatov of Ingushetia, Melikov is a native of Dagestan who had stayed outside regional politics before his appointment. In Melikov’s case, this was the final nail in the coffin for a system of ethnic power sharing between Avars and Dargins, wherein the Head of the Republic alternated between the two groups – Melikov, in contrast, is a Lezgin.

Protests are not uncommon in Dagestan, although these are usually on a much smaller, local scale. For example, on September 19 two journalists of the independent Dagestani newspaper Chernovik protested in support of their jailed colleague Abdulmumin Gadzhiev. In January 2022, there were demonstrations in Makhachkala over water and power supply. The most significant protest movement in the North Caucasus in recent years, in contrast, were the 2019-2020 Ingush protests, resulting in the removal of Yevkurov. Nothing similar has taken place in Dagestan, nor has any movement achieved the same success since.

Anti-Mobilization Protests in Dagestan played out over three days, starting on September 22 with further protests on September 25 and 26. On September 22, residents of Dagestan’s Babayurt district blocked a highway. On September 25, protests in part organized by opposition groups 1Adat and Morning Dagestan on Telegram broke out in Endirey and Makhachkala. In Makhachkala, protesters clashed with, and in some cases fought off, the authorities, which detained around 100 people. Shots were fired into the air. In Endirey, about 100 people gathered and dispersed by the end of the day. On September 26, protests carried on in Makhachkala, including another brawl with the authorities and around 110 people were detained. Another protest planned for September 30 failed to materialize due to a heavy police presence in the city.

IMPLICATIONS: Anti-mobilization protests is not a phenomenon unique to Dagestan. Protests have occurred across Russia, from Moscow and St. Petersburg to the Sakha Republic and the Russian Far East. However, Dagestan’s protests are significant for several reasons.

Firstly, they were by far the largest in the North Caucasus, with the highest numbers of people and the most disruption caused. Most importantly, however, is the fact that they occurred after a long period of counterinsurgency efforts. While Dagestan has not experienced wide-scale public protests, the republic was recently heavily affected by a substantial insurgency. The fact that protests of this scale could occur despite heavy investments in the region – economically, politically, and militarily – is indeed alarming for the authorities. Moreover, the anti-mobilization protests had wider goals than the traditional local focus of the aforementioned smaller protests in Dagestan.

The lack of leadership in these protests is also notable. While several groups helped organize the protests, no single leader, or even a figurehead, emerged from the movement. Significantly, no well-known sportsmen came out in support for the movement. While this may seem an odd thing to consider, a pervasive cultural norm in Dagestani society is enormous respect for so-called “strongmen”; symbols of strength and masculinity especially comprising political figures, military and religious leaders and sportsmen. Sportsmen such as MMA Fighter Khabib Nurmagomedov are figures of immense pride and respect around which Dagestanis can organize. The lack of support from these figures signified the lack of a figurehead, let alone actual leadership.

While opposition groups did help organize the protests, they did so anonymously through telegram channels. Taking on a public organizing role would have been dangerous, but could have appealed to a wider part of Dagestani society. The lack of open support from these “larger-than-life” figures deprived the movement of well-needed societal legitimacy.

Additionally, the protests saw little support from religious leaders and from rural Dagestan. While 18 percent of the Dagestani population lives in Makhachkala, the protests mobilized people neither in the diverse rural areas, nor in the Sufi and Wahhabi communities, indicating their limited appeal in these communities.

While the lack of leadership may have negatively affected the endurance of the protests, it highlights the grassroots nature of the movement; the organizational capabilities of an underground group operating on Telegram, while certainly consequential, were not the sole reason why people took to the streets.

For Melikov’s regional government, this is a concern. Protesters were not intimidated initially, even fighting off the police in some videos from the protests. Even though the crowd was eventually dispersed, the events betrayed a small crack in the regime’s power.

The failure of the second wave of protests to materialize can be attributed to all of the above, as well as the local regime finding its footing once again. Instead of more people on the streets, Makhachkala was filled with police officers. Armored cars were seen around Makhachkala, and police were waiting outside mosques after Friday services. It is safe to say that people were intimidated into ceasing protest.

Melikov has dressed down those within his network who have been inflaming tensions with an over-eagerness to carry out mobilization. In response to an announcement that all eligible men had to mobilize, Melikov raged against those responsible in a broadcast. Moreover, opposition figures were punished, the protests were labelled as evil, and three men linked to organizing the protest were made to apologize in public – a move copied from Chechnya’s regime.

Mobilization is still ongoing, suggesting that Melikov’s local network is firmly under his control and able to exert authority in Dagestan.

CONCLUSIONS: This has been the largest test of Melikov’s governorship thus far. His regime, after briefly losing the ability to control expressions of discontent, has weathered the storm. The various currents that form Dagestani politics – particularism, ethnic identity, Islam, strongmen culture – failed to coalesce around the protest movement. This, as well as the strong security response from the authorities, appears to have quashed the movement for now.

However, this should not distract from the nature of the protests and that they indeed took place – they were significantly different from the localized, small protests that are common in Dagestan. While local counterinsurgency and investments in security have indeed succeeded in ending Dagestan’s radical Islamist insurgency, the emergence of the protest movement shows cracks within that strategy.

Opposition in Dagestan against the local and federal governments has not been destroyed and the protests show that it can easily resurface. While this movement failed to produce leadership and widespread support, these were not needed to rally a considerable amount of people onto the streets of the capital. In this light, the Melikov regime may perceive a need to strengthen its hold on Dagestan, facing the risk that a stronger movement could shatter the fragile peace.

Alexander Yeo is a PhD Student at the University of Glasgow, currently studying cultural norms and politics in the Northern Caucasus

More in this category: « President Mirziyoyev’s Strategic Urgency President Tokayev Moves Ahead in Social Reforms »
back to top