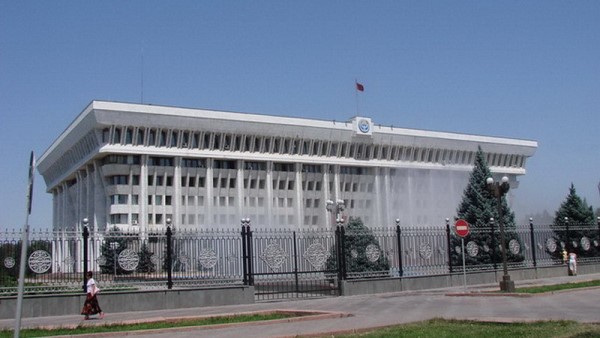 BACKGROUND: In late April 2021, fighting broke out along the frontier between Kyrgyzstan’s Batken province and Tajikistan’s Sughd province. The immediate dispute arose over management of the Golovnoy water distribution facility separating what the Kyrgyz call the Ak-suu and the Tajiks refer to as the Isfara River. As in the past, local residents threw rocks and employed some small arms and light weapons. On this occasion, though, the fighting soon escalated to engage professional military forces. As a result, dozens died, hundreds were wounded, and thousands fled to other locations before a ceasefire took effect on May 1.

From one perspective, the fighting arose due to long-unresolved tensions over demarcation and demography. Local competition for arable land and water has been worsened by the artificial borders created by the previous Soviet authorities, which complicate the management of trans-border resources. The Fergana Valley – which includes parts of northern Tajikistan, southern Kyrgyzstan, and eastern Uzbekistan – is particularly replete with ethnic exclaves, in which the nationals of one Central Asian republic are enveloped by the territory of a neighboring country. Of note, more than one-third of the 972km-long state boundary between Kyrgyzstan and Tajikistan remains to be demarcated.

Yet, the recent fighting had disturbingly novel elements, which suggest a more active role of national leaders in causing the crisis. For the first time, conflict parties used heavy weapons such as artillery and tanks. This escalation, moreover, follows the recent escalations of other intrastate conflicts in the former Soviet Union, such as in Nagorno-Karabakh between Armenia and Azerbaijan. The recent clash also began after Kyrgyzstan’s government in March proposed swapping parts of Kyrgyzstan’s Batken region for Tajikistan’s territory of Vorukh, an enclave enveloped by Kyrgyzstan’s territory. President Emomali Rahmon immediately rejected the trial balloon and then made a rare visit to Vorukh. Tajik officials may have seen the swap proposal as a threat since President Sadyr Japarov also announced that Kyrgyzstan’s armed forces would hold major military exercises in the area. In addition, policymakers in Dushanbe may have believed that the months of political turmoil in Kyrgyzstan would impede Bishkek’s response. The fighting also came when both leaders were burnishing their populist credentials, with Japarov having assumed power irregularly and Rahmon rumored to plan transferring power to his son.

IMPLICATIONS: Russia’s role in the recent conflict is also opaque. As in last year’s Belarus and Nagorno-Karabakh crises, the initial Russian government response was hesitant and muted; official statements simply called for a cessation of fighting. The minor role of the Moscow-led Collective Security Treaty Organization (CSTO) in these crises was particularly striking given that its members were involved. Though the CSTO has been building a peacekeeping force and conflict management mechanisms for more than a decade, Russia created an ad hoc force to enforce the Armenia-Azerbaijan ceasefire. Kyrgyzstan’s government has long sought CSTO mediation of its border conflict with Tajikistan, but Moscow never supported the initiative, even though independent Russian analysts warned about an impending upsurge in fighting and called for preventive action. The outbreak of yet more chaos in Moscow’s designated sphere of influence could arguably have reflected poor Russian foresight and intelligence, Russian preoccupation with internal challenges, and general imperial overstretch. One analyst bluntly concluded that, in neighboring states, Russia’s “actual influence has been more illusory than real.”

An alternative explanation of Moscow’s behavior during the Kyrgyzstan-Tajikistan conflict perceives Russian actions as more purposeful. Rather than considering Russia’s response as primarily reactive, this interpretation would view the Kremlin as manipulating the tensions between its neighbors to gain leverage with them, as they each compete for favor with Moscow, and advantages regarding third parties.

Russia has steadily been increasing its military strength in both countries, citing the threat from terrorists operating from Afghanistan. Now their heightened mutual tensions give both states another reason to deepen their defense ties with Russia. Between April 19 and 23, shortly before the Kyrgyzstan-Tajikistan border clash, Russia conducted exceptionally large bilateral exercises with Tajikistan, citing the need to prepare for adverse Afghanistan scenarios. That Russian Defense Minister Sergei Shoigu visited Dushanbe on the same day, April 27, as Tajikistan’s military launched a well-coordinated offensive against several points along its border with Kyrgyzstan certainly raises eyebrows. Meanwhile, the fact that the CSTO and other Moscow-led multinational institutions played little role in managing these crises could reflect Moscow’s preference for more controllable bilateral means. These mechanisms include dispatching special envoys, meeting directly with individual national leaders, and exploiting countries’ dependence on Russian security and economic ties.

One reason Moscow might exploit the crisis to consolidate influence in Central Asia is to counter third parties. There are several challengers to Moscow’s aspirations for regional hegemony whose policies may inadvertently have contributed to the recent fighting. Though the U.S. is ending its troop presence in Afghanistan, media reports state that the Pentagon may want access to military bases in Central Asia. On April 23, U.S. Secretary of State Antony Blinken met with his Central Asian counterparts through the C5+1 framework, while the U.S. Envoy to Afghanistan, Ambassador Zalmay Khalilzad, made a high-profile visit to Uzbekistan and Tajikistan to discuss Afghanistan-related scenarios. Despite the Sino-Russian strategic partnership, Moscow’s enthusiasm for China’s growing presence in both its Central Asian neighbors also has its limits. Russia’s previously dominant economic position in both countries is under threat from Beijing’s Belt and Road Initiative (BRI) and other regional integration initiatives. The declining U.S. economic role in the region gives China opportunities to expand its commercial activities, while Afghanistan’s deteriorating security environment is pushing China to increase its security role to defend its economic and security interests along its western border. Whatever its causes, the recent Kyrgyzstan-Tajikistan conflict will discourage PRC investment in both countries. Other challengers to Russia’s regional primacy include Turkey, which has leveraged its partnership with Azerbaijan to project greater influence in the Turkic countries of Central Asia, and Iran, which recently negotiated a new defense pact with Tajikistan. Of likely concern to Moscow, China has been deepening its ties with Iran and Turkey, which like Central Asia are important partners in Beijing’s BRI.

CONCLUSIONS: Assessing the relative importance of these explanations is of more than academic interest. Policymakers will want to craft policies. If the recent fighting is a product of unresolved questions dividing the former Soviet republics due to poorly delineated borders and resource competition, the parties, with third-party assistance, should redouble local efforts to manage them through national reforms and regional compromises on shared resources and infrastructure. In this regard, the recent incident should give the C5+1, the OSCE, and other multinational bodies, along with local NGOs, new opportunities to execute innovative proposals. They and others should also conduct additional research on, for instance, the impact of social media in impeding border compromises and escalating local disputes into wider inter-state conflicts. Significantly, the fighting between Kyrgyzstan and Tajikistan arose when tensions between these two countries and Uzbekistan decreased. Indeed, whereas Uzbekistan pursued the most uncooperative policy towards its neighbors during its previous government, Tashkent has become one of the most collaborative partners in recent years. Not only is this critically important given Uzbekistan’s central location at the heart of Central Asia and its potential border conflicts, but Tashkent has shown how good leadership can dampen these possible conflicts.

Conversely, if the latest fighting marks a transition to a new era of armed confrontation between Central Asian states, then the Kyrgyzstan-Tajikistan conflict raises the prospects of more unfrozen conflicts and forceful border changes. This latter perspective would align with the hypothesis that Moscow may exploit tensions to advance its influence, directly and relative to third parties like China. One means to counter this adverse impact would be to support proposals to establish mechanisms among Central Asian leaders to manage such border tensions independently of external powers.

Dr. Richard Weitz is a Senior Fellow and Director of the Center for Political-Military Analysis at the Hudson Institute.

More in this category: « Armenia and Azerbaijan at odds over Planned Transport Link U.S. Troop Withdrawal from Afghanistan Risks Fueling a New India-Pakistan Proxy War »
back to top