After a decade of transformational economic growth, reduced oil prices forced Azerbaijan to a double devaluation of its national currency, significant reduction of public spending, slowdown of GDP, and most importantly, panic in the domestic market among both the general population and the business community. The government responded with several anti-crisis programs and measures, aimed at stimulating national economy, supporting local production and easing the business climate for the local entrepreneurs. President Ilham Aliyev has called 2016 “a year of deep economic reforms.” It remains to be seen whether the country will be able to shift gears and transform its economy to achieve sustainable growth from non-oil sectors. 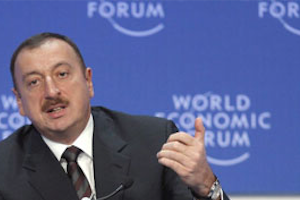 BACKGROUND: Azerbaijan emerged from the collapse of the Soviet Union with a severe economic crisis, yet within a short period of time, it stabilized its macro-economic situation. Starting from the mid-1990s, it managed to return to positive GDP growth. This performance reached truly impressive figures in the late 2000s, when the Baku-Tbilisi-Ceyhan oil pipeline started operations, and the country enjoyed a significant flood of oil revenues. In the last ten years, the national economy grew by 300 percent, and annual GDP growth hit 30-35% at its peak years. The oil blessing allowed investments into the local economy, boosting public spending and improving the much-depleted infrastructure. This included the construction of 3,000 new schools, hospitals, roads, airports and public buildings. The poverty level decreased from 54% to 5%, and salaries have increased by a factor of five. Yet the economy remained heavily dependent on oil revenues, which in turn made it vulnerable to price shocks in world markets.

The fourfold reduction of the oil price in 2015 put enormous pressure on Azerbaijan’s currency, as the Central Bank continued spending its reserves to maintain the fixed exchange rate. As the pressure on the manat increased, the government made a decision to devaluate the currency throughout 2015. The first devaluation took place in February 2015, and a second one in December. This created panic among the general public and the business community. People lost their faith in the banking sector, as their savings in local currency lost almost half their value. Those who had taken out mortgages denominated in dollars now faced payments that were twice their earlier amount. Banks faced significant shortages in dollars due to the rush of customers to exchange their savings. Credits in manats lost their value. Overall, the decrease of the national budget froze public construction works, reduced investments and these, in turn, resulted in a slow-down among small and medium size enterprises. In parallel, the purchasing power of customers shrank, as did the activities of major holdings, which relied heavily on state contracts and orders.

The public is largely concerned with increasing inflation, as the depreciated local currency has resulted in increased prices for imported products. The government is determined to maintain price stability in the local market, yet in the long run consumer inflation is expected to reach 20-25%.

IMPLICATIONS: The crisis hit the Azerbaijani economy badly, but also opened significant opportunities for much-needed and long-awaited reforms. It is clear that the boom period of Azerbaijan’s economy is over, and the country will need to reinvent itself in order to continue its sustainable growth and achieve the diversification of the national economy. The previous arrangement of economic activity, which was built around the oil-rich state budget, is no longer a viable model. Local companies and holdings will need to start looking for international markets in order to secure markets for their products. They must mature and improve their internal management system in order to survive competition with regional countries. Overconfidence and overreliance on easy contracts from the state budget is no longer a possibility.

The government has announced a number of measures to stimulate the local production through easy licensing and registration procedures for businesses. More than 20 licenses have been abolished, and there is activities of the tax and customs authorities have been rendered more transparent. Ensuring competition and eliminating the power of local monopolies is an important step towards these goals. The broker system in the customs area was eliminated in January 2016, and that could enable small and medium enterprises to import goods independently from large local monopolies. Import duties on equipment materials have been abolished for a period of 7 years. All licenses for entrepreneurship will be given by the ASAN service (an easy fast track system of delivering state documents to the public).

The banking sector received a significant boost from the government in order to overcome the current crisis. The government has already adopted several measures, such as increasing the amount of public deposits ensured by the state from 30,000 manat to an unlimited amount. At the same time, on the suggestion of the foreign and local business community, President Aliyev vetoed the draft law on imposing a 20% tax on foreign bank transfers. Short-term loans from international financial institutions will be sought in order to balance the gap in the national budget.

Structural changes within the government are also an important step towards efficiency and productivity of the state apparatus. The government has started these reforms by eliminating the state agency for land, and combining several other state agencies. A position of presidential advisor on economic reforms has been created in order to coordinate the pace of economic reforms. A new state chamber on the control of financial markets has been established on the basis of three previous state bodies. At the same time, a special appeal council has been established to hear the cases of complaints by local businessmen.

Among the priority anti-crisis measures will be a massive, large-scale privatization program of state assets in order to boost investments into the local economy, stimulation of local construction though a boosted mortgage program, and the delivery of concessional loans to local entrepreneurs and farmers.

Three sectors of the economy stand out as potential foundations for the non-oil sector: agriculture, transport and industrial production. Azerbaijan will continue the development of large agro-parks in order to boost its export to the Russian market, which has suffered the shortages of agricultural products from Europe due to sanctions. The completion of the Baku-Tbilisi-Kars railway in 2017 and further expansion of Baku International Port (the largest port in the Caspian Sea) will allow the increase of the transport potential of the country, as well as strengthen Azerbaijan’s position as a transport hub for both East-West and South-North corridors along the ancient Silk Road. The development of special industrial production zones in Sumgait could stimulate local production and further develop the chemical industry. In addition to that, the development of the gas sector and the implementation of the second phase of the Shah-Deniz gas field along with the TANAP pipeline will allow Azerbaijan to export 16 billion cubic meters of gas to Europe and will further contribute to the state budget.

CONCLUSIONS: Some pundits argue that Azerbaijan has entered an economic crisis similar to that of the 1990s. Yet Azerbaijan’s infrastructure is not the same as twenty years ago. More than 25 electric power stations and 12,000 km of roads have been built, and US$ 200 billion of foreign investment has been attracted into the local economy. These factors form a solid basis for the sustainable growth of Azerbaijan through these times of crisis. The World Economic Forum has ranked Azerbaijan 40th in the world and first in the CIS region in terms of competiveness. It is a widespread opinion these days in Azerbaijan that the crisis has opened enormous opportunities for genuine reforms in the country’s economy and that these changes, if done properly and at the right scale, will make the economy much healthier and stronger than before.

AUTHOR’S BIO: Fariz Ismailzade is Vice Rector at ADA University. The views expressed here are his personal views and do not reflect the opinion of his employer.

More in this category: « The potential and obstacles to Armenia-Iran strategic relations Turkmenistan advances westward natural gas export »
back to top