Contents
Analytical Articles
IRAN, A NUCLEAR TREATY, AND ITS NEIGHBORS, by Stephen Blank
THE PROSPECTS OF IS IN AFGHANISTAN, by Sudha Ramachandran
AZERBAIJAN AND KAZAKHSTAN FACE TOUGH ECONOMIC DECISIONS AMID DECREASING OIL PRICE, by Nurzhan Zhambekov
CONFLICT-RELATED VIOLENCE DECREASES IN THE NORTH CAUCASUS AS FIGHTERS GO TO SYRIA, by Huseyn Aliyev

Azerbaijan and the Iran Agreement

While it is too early to anticipate whether the April framework agreement between Iran and the six world powers will lead to a permanent deal, Baku expects business ties between the neighbors to grow after international sanctions on Iran are lifted.

On April 3, Azerbaijan’s Foreign Ministry expressed its belief that “this political framework will provide an opportunity in furthering the peace, security and stability in the region and beyond.”

Fikret Sadykhov, a political analyst, believes the Lausanne agreements with Iran will be beneficial for Baku, which was always against a military settlement of the conflict. “Over recent years, Azerbaijan has been affected by the military rhetoric of both the West and Iran as well as blamed for becoming a so-called platform for military attacks against Iran, all this had a negative impact on bilateral relations between Baku and Tehran,” said Sadykhov.

Rasim Musabekov, a member of parliament, told Vestnik Kavkaza that agreements will have a long-term effect not only on bilateral relations between Baku and Tehran, but also in the region. “If anti-Iranian sanctions are lifted, there are several projects that can be implemented between Iran and Azerbaijan. Trade turnover and economic contacts with Iran will develop in a better way. The project of constructing the North-South Railway will be fulfilled intensively. So, there are prospects for improvement in the trade and economic sphere.”

According to Ilham Shaban, head of the Center for Oil Studies, in 2010 trade turnover between the countries was about US$ 600 million, while in 2014 it was only US$ 220 million, as a result of sanctions.

Baku and Ankara have already expressed their interest in developing economic ties between the three countries, especially in transporting Iranian oil and gas through their territories. The Iranian, Turkish and Azerbaijani Foreign Ministers will soon hold a trilateral meeting in Tehran.

Rovnag Abdullayev President of Azerbaijan’s State oil company SOCAR, claimed that Tehran was interested in the Trans-Anatolian Gas Pipeline (TANAP) project, which will carry gas from Azerbaijan to Europe via Turkey. He noted that Iran closely monitors the TANAP project. Speaking to the Azeri press, Abdullayev said Iran wants to purchase a share of TANAP, and that SOCAR, which is the principal stakeholder in the project, intends to sell shares if they receive a “proper” offer. Underlining that Iran’s need for this project will increase, Abdullayev said Tehran will produce more natural gas and it has no other alternatives to TANAP to carry it to Europe.

“It will be possible for Iran to take a stake in the TANAP project as long as certain commercial conditions are fulfilled,” Turkish Energy Minister Taner Yıldız said on April 9. He added that other countries also want a stake in the project, following a signing ceremony in Ankara between Turkish and Georgian authorities on energy.

According to plans, TANAP will connect to the Trans-Adriatic Pipeline (TAP) to bring the gas into Europe. The cost of building TANAP is estimated to between US$ 10 and 11 billion. SOCAR owns 58 percent of the project, Turkey’s Botas 30 percent, and BP owns the remaining 12 percent. EU officials also support the idea of Iran joining to the project, which has the potential to diversify energy supplies and decreasing Europe’s dependence on Russian gas.

“TAP is open to new shareholders, which can add strategic value to the project,” Lisa Givert, TAP's communication head, told reporters in Baku, commenting on the possible interest from Iran. The pipeline aims to start transportation of gas from Azerbaijan’s Shah Deniz II field in the Caspian Sea, one of the world’s largest gas fields, in 2018-2019. The 870 kilometer (545 mile) pipeline will connect to TANAP near the Turkish-Greek border at Kipoi, and cross Greece, Albania and the Adriatic Sea before reaching southern Italy. “For any additional volumes that come on stream, TAP will comply with the EU regulation and relevant sanctions,” Givert said. Azerbaijan aims to transport 16 billion cubic meters (bcm) of gas a year from its Shah Deniz II field in the Caspian Sea to Turkey and on to Europe.

Economic analyst Ilham Shaban believes the decision to transit Iranian gas through TANAP will be political rather than commercial. “TANAP might be used only for some small volume of Iranian gas as the pipeline is not designed for transit of huge resources. If we share capacity with Iran, then what happens to export of gas from fields like Absheron, Umid-Babak and the deep-water section of Azeri-Chirag-Guneshli (ACG) to the European market in the future? Are we going to build another export pipeline? … I think the issue of transit of Iranian gas through Turkey will be discussed only within the political context.”

Iran’s gas resources are impressive. According to BP’s review, the country has the world’s largest proven gas reserves at 33.8 trillion cubic meters (tcm). Russia's reserves are marginally lower at 31.3 tcm. Shaban believes that Iran will need to use alternative routes to transport its gas to Europe. “The Nabucco-West pipeline with a capacity of transporting 20 billion cubic meters of gas could be such an opportunity,” the analyst said.

However, Tehran has already signaled through Deputy Oil Minister Ali Majedi that it is ready to supply gas to Europe through Nabucco. Majedi stated that Iran was prepared to sign on as a supplier and added that “two visiting European delegations” had discussed potential routes to bring Iranian gas to Europe.

Iranian President Hassan Rouhani brought up the offer in a meeting with his Austrian counterpart Heinz Fischer in September on the sidelines of the UN General Assembly. Rouhani told Fischer that “the Islamic Republic can be a reliable supplier of energy for Europe” and mentioned the Nabucco pipeline.

Iran, A Nuclear Treaty, and Its Neighbors 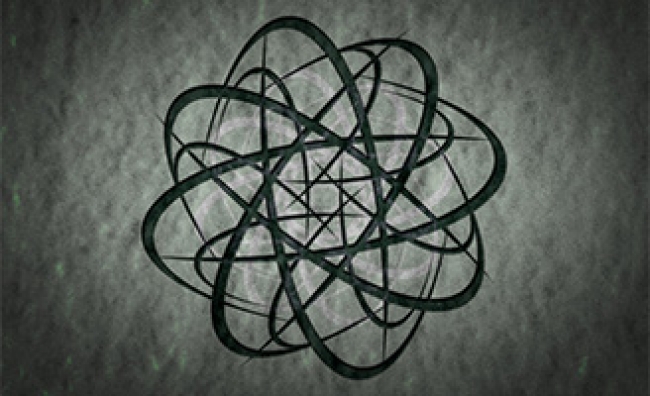 The 5+1 negotiations with Iran over its nuclear program reached a framework agreement in April 2014. In the U.S., there has been enormous controversy over the alleged outlines of a draft treaty that Iran must either accept or reject by June 2015. If Iran rejects the terms offered in the eventual treaty, the negotiation process is likely to break down. The controversy in the U.S. relates to Iran’s threats against Israel and to a lesser degree its neighbors in the Persian Gulf. But throughout this crisis, much less attention has been devoted to Iran’s relationships with its South Caucasian and Central Asian neighbors. 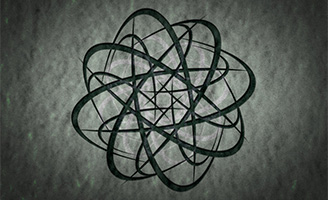