Japan as no “other”: Decolonizing Alternative for Central Asia? Featured

Japan as no “other”: Decolonizing Alternative for Central Asia? 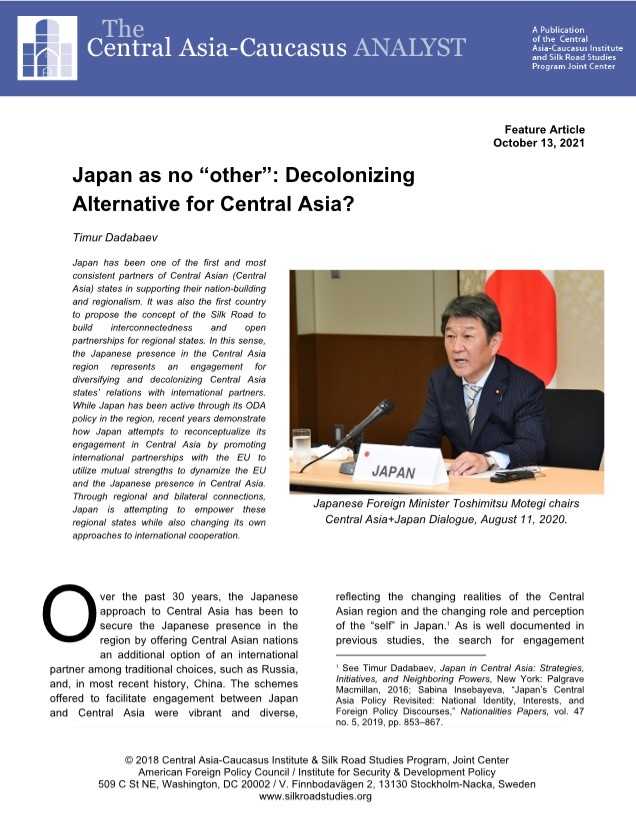 Japan has been one of the first and most consistent partners of Central Asian (Central Asia) states in supporting their nation-building and regionalism. It was also the first country to propose the concept of the Silk Road to build interconnectedness and open partnerships for regional states. In this sense, the Japanese presence in the Central Asia region represents an engagement for diversifying and decolonizing Central Asia states’ relations with international partners. While Japan has been active through its ODA policy in the region, recent years demonstrate how Japan attempts to reconceptualize its engagement in Central Asia by promoting international partnerships with the EU to utilize mutual strengths to dynamize the EU and the Japanese presence in Central Asia. Through regional and bilateral connections, Japan is attempting to empower these regional states while also changing its own approaches to international cooperation.

More in this category: « Human Rights Reform in Kazakhstan A Steadily Tightening Embrace: China’s Ascent in Central Asia and the Caucasus »
back to top