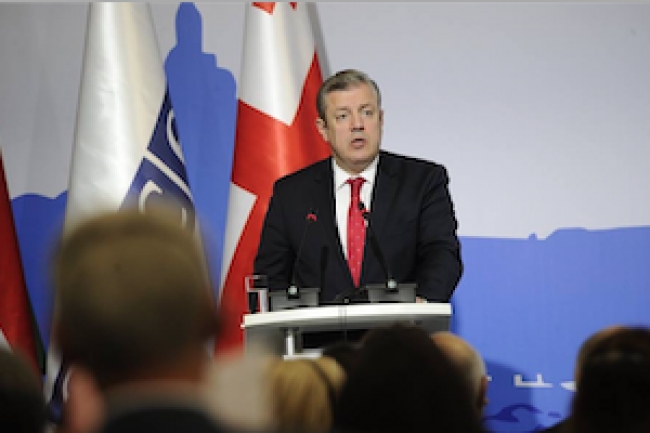 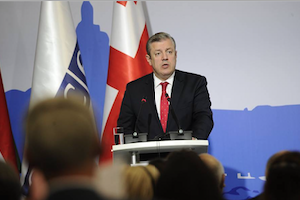 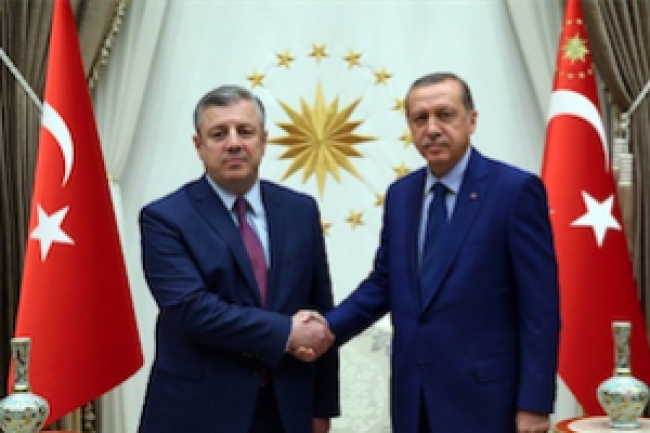 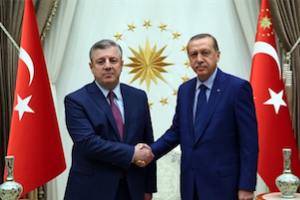 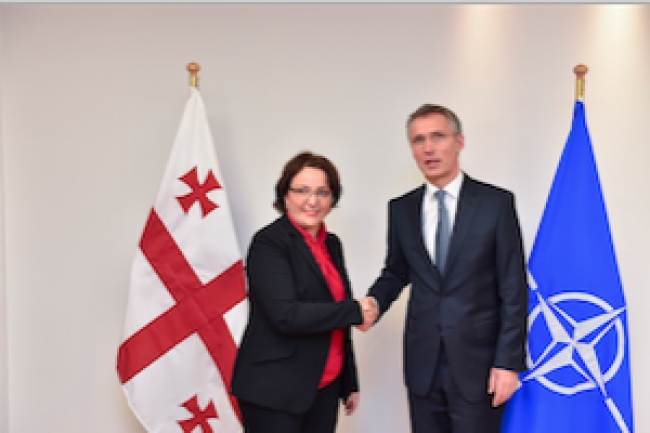 Once again, NATO will likely turn down Georgia’s bid for a Membership Action Plan (MAP) during the Alliance’s fast-approaching Warsaw summit on 8-9 July. Instead, NATO assures that Georgia will receive a firm declaration and a strengthened package of support during the summit, but no details have been yet specified. Apparently, some of NATO’s most powerful members are anxious that offering Tbilisi more will irritate Russia, which is already protesting plans to further strengthen NATO’s eastern flank. While NATO at present does not close the door to the future enlargements, Georgians are becoming increasingly dissatisfied with their country’s inability to clear the path to membership – a fact eagerly exploited by outlets for Russian propaganda, which are gaining strength in Georgia. 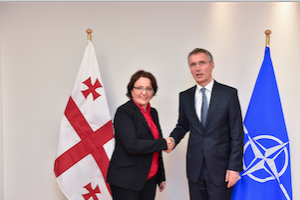 On August 7, Tbilisi City court froze the assets of Georgia’s leading media company – Rustavi 2 TV – based on a the lawsuit of businessman Kibar Khalvashi claiming that the formerly ruling United National Movement (UNM) party forced him to give up his share in the company in 2006. 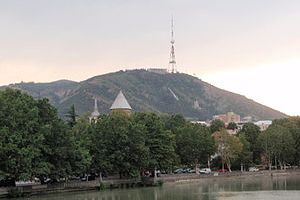 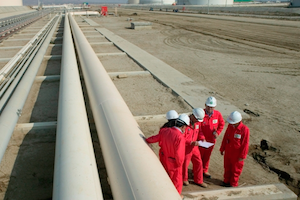 In July 2015, Russia stepped up its policy of redrawing the border along the administrative line of South Ossetia, leaving around 100 families and a total of 1,605 meters of the BP-operated Baku-Supsa oil pipeline beyond the jurisdiction of the Georgian government.

The so-called “borderization,” implying the installation of barbed wire and metal-bar fences at sections of the administrative boundary line (ABL), started in 2008 after the August war and peaked in 2010 and 2013 (see the 02/10/2013 Issue of the CACI Analyst). It has separated the farmlands and orchards of the inhabitants dwelling across the ABL or left them within occupied territory. The recent expansionist move on July 10, however, also involved part of the Baku-Supsa pipeline and moved the border closer to Georgia’s strategic east-west highway.

Baku-Supsa, officially referred to as the Western Route Export Pipeline (WREP) has a transportation capacity of 100,000 barrels per day and earns Georgia around US$ 7 million annually in transit fees. It runs from Azerbaijan’s Caspian Sea shore and reaches Georgia’s Black Sea coast in Supsa. In the first half of 2015, the pipeline transported 16 million barrels of oil.

Georgia’s Energy Minister, Kakha Kaladze said the pipeline could be rerouted by constructing a separate 1,500–1,600-meter section of the WREP if a disruption occurs. Nevertheless, Azerbaijan has remained relatively calm in response to the developments, considering them a purely political issue. SOCAR, which is one of the contractors of the WREP, recently declared that “this [redrawing of the ABL] will not cause any problem for the pipeline.” Meanwhile, South Ossetia’s de facto authorities provocatively announced that BP should apply to them if the full functioning of the pipeline is in danger.
The Kremlin’s annexation of uncontested Georgian territory and its timing could well be intended as a response to recent actions taken by Tbilisi.
On July 8, the Multinational Military Exercise “Agile Spirit 2015,” with the participation of military servicemen from the U.S., Bulgaria, Romania, Lithuania and Latvia, started in Georgia. Moldovan and Armenian servicemen took part in the exercises in the capacity of observers. In recent months, Georgian military units have undergone training in the framework of NATO’s Evaluation and Feedback Program. Aside from these activities, the opening of the NATO training center is scheduled for the fall of 2015 as a part of the “substantial package” that NATO granted the country at last year’s Wales summit (see the 09/17/2014 Issue of the CACI Analyst).

Moreover, this summer Georgia struck two remarkable deals aiming to enhance country’s air defense system. On July 10, Georgia’s Defense Minister Tina Khidasheli signed a contract with the European missile manufacturer MBDA on the purchase of a “state-of-the-art defense system.” A month earlier, she carved out a separate deal with ThalesRaytheonSystems, a producer of ground-based surveillance radars and air defense command and control systems. France’s contribution to strengthening Georgia’s defense capabilities concerns Moscow especially in light of the upcoming NATO summit where Georgia hopes for a renewed chance of obtaining a Membership Action Plan (MAP). Moscow’s permanent representative to NATO, Alexander Grushko, threatened at the end of July that “any kind of political game over the issue of NATO expansion towards Georgia and Ukraine is fraught with the most serious and the most profound geopolitical consequences for the entire Europe.”

One tangible reflection of this statement is the renewed “borderization” just ahead of the European Youth Olympic Festival (EYOF), which started on July 26 and has been perceived as a prominent event for boosting Georgia’s international prestige.

Of greater concern for Tbilisi, however, is Moscow’s inching towards the main transit artery connecting Georgia’s east and west. Georgia’s east-west highway, the partially seized WREP, and the twin Baku-Tbilisi-Ceyhan and Baku-Tbilisi-Erzurum oil and gas pipelines are situated in close proximity of one another and create an important trading route linking the Caspian shore to Eastern Europe. The security of this strategic transport corridor determines to what extent Georgia can promote its status as a transit state. On the contrary, inability to fully control the infrastructure will severely damage Georgia’s economy and its ability to function as a state. Russia’s recent incursions can be understood in this perspective.
A resolution adopted by the Georgian parliament on July 24 condemned the construction of new demarcation signposts close to the east-west route and blamed Russia for “aggressive steps” directed against the peace and security of Georgia and the whole region.

Nevertheless, the opposition United National Movement (UNM) party slammed the ruling Georgian Dream (GD) coalition’s “capitulatory” policy and called on the government to cancel the “Abashidze-Karasin format” – a direct, informal dialogue between Tbilisi and Moscow. UNM insists that the format has falsely created the impression of improved relations between Georgia and Russia and contributed to the removal of Georgia’s occupied territories from the international agenda. UNM thus proposed that the government should request a UN Security Council session and seek to define the steps taken by the Kremlin in the breakaway regions as another justification for the Western sanctions imposed against Russia.

Yet, GD continues its policy of “strategic patience,” with the goal “not to make the country a victim of provocations.” Apparently, Tbilisi’s stance fits well with the EU’s view of Russia’s continuing “borderization” policy. Paying an official visit to Georgia on July 20-21, the President of the European Council Donald Tusk stated his appreciation for Tbilisi’s “responsible reaction” and advised the Georgian government to avoid “overreactions” in its response.
Whereas Georgia indeed needs to devise a shrewd response to these developments, it should also be remembered that by encroaching further into Georgian territory, Russia is testing Tbilisi’s ability to mobilize international support that could discourage further border shifts.