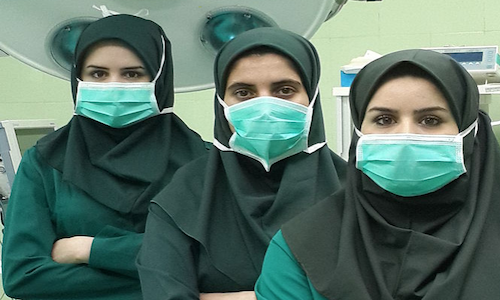 BACKGROUND: The coronavirus outbreak poses a global health and financial crisis, whose impact will be felt for years if not decades.

Every year, thousands of Pakistani Shia Muslims travel to Iran for pilgrimage. The risk of transferring the pandemic from Iran to Pakistan became tangible a month ago, as Tehran allowed the continuation of ceremonies while Islamabad allowed people to travel. COVID-19 cases in Pakistan have surpassed 900 and a majority were transferred from returning travelers from Iran. The spread has expectedly reached all corners of the country as Shia Muslims reside in all of Pakistan’s provinces.

As pressure from civil society and media grew, Pakistan’s government hastily sealed its 560-mile border with Iran. For weeks, Pakistan’s government has kept thousands of returning Shia pilgrims at a resting station near Iran’s border. The quarantine camp is located in Baluchistan, the least developed, most impoverished and militancy ridden province of Pakistan. However, the province also houses China’s flagship infrastructure project in Pakistan, the China-Pakistan Economic Corridor (CPEC). As the number of COVID-19 cases grow quickly in Baluchistan and the state fails to meet the rapidly rising medical needs, Pakistan stands to face a serious health and security crisis.

Last week, thousands of Shia pilgrims fled from the Quarantine camp as the issue has quickly spun into a sectarian debate. Shia scholars in Pakistan accuse the government of putting the community under lockdown while Sunni scholars and seminaries preach freely. Pakistan has a long history of sectarian violence between the country’s minority Shia population, which has close ties to Iran, and majority Sunni community whose representatives have close ties with Saudi Arabia.

Pakistan’s government is stuck in a tough situation as it neither has the resources to deal with the outbreak, nor the ability to maintain a complete lockdown if needed. Pakistan’s economy is going through a critical phase. The entire episode of the COVID-19 outbreak will have a major impact on the country’s economic situation. Amid an anticipated rise in unemployment, Pakistan is set to face a serious political crisis in the coming months.

Pakistan also has a very poor track record for containing virus outbreaks; it is one of two countries globally that have failed to eradicate polio.

IMPLICATIONS: The global pandemic could not have come at a worse time for the Pakistani government as the country has struggled to stabilize its volatile economy, crippled under the burden of international debt obligations.

Pakistan’s Prime Minister Imran Khan has clearly stated that he cannot impose a lockdown in the country – this would cripple the economy and be devastating to more than 30 percent of Pakistan’s population. One year ago, Pakistan took a US$ 6 billion loan from the International Monetary Fund (IMF) to avoid a state of default and bankruptcy. The loan came with strict monetary measures and has forced the government to impose high taxes. The growing inflation will spiral out of control irrespective of the government’s decision to lockdown the country.

Furthermore, as the global economy contracts due to this pandemic, projects like CPEC and the development of the Gwadar deep sea port near Iran’s border, which has long promised to reinvigorate the country’s economy (despite the obscurity of the project itself) will likely be placed on the back-burner. Provinces such as Baluchistan, which have been bereft of any significant development for decades and hoped to gain a much-needed economic lifeline through this project, will likely have to withstand the worst of the consequences.

A whole host of issues, ranging from the country’s lowest per capita income (US$ 700) to heightened cross-border insurgent activity and sectarian tension, plagues Baluchistan. All of these will worsen as a direct consequence of the outbreak of the virus from Iran. Fears that the Shia militant movement in the province might be reignited are not without reason. Militant groups such as Sipah e Muhammad Pakistan, previously tied to the Iranian regime, could use the closure of shrines and the containment of Shia pilgrims as a rationale for fomenting sectarian tensions.

The increasing socio-economic disparity between the far more affluent and Sunni-dominated Punjab, and the marginalized Baluchistan, will only serve to embolden the Shia militancy movement and other separatist groups, such as the Baluchistan Liberation Army, to lash out against the state. With increasing numbers of Pakistani Shiites being recruited and trained by Tehran to serve as proxies in Iraq and Syria – a process mastered by the likes of the late Qassem Soleimani – a growing sectarian rift is a real possibility.

Another possible implication of the coronavirus outbreak is the weakening of the country’s institutions. Colonial-era modalities are becoming visibly outdated and a lack of political will could make the task of carrying out long-awaited institutional reforms far too arduous under the current circumstances. All branches of the government, including the judiciary and the legislature, are fraught by political polarization and a blatant lack of preparedness, adversely affecting service delivery and making it difficult for the state to establish its writ. Considering the inability of civil institutions to deal with this crisis, the country’s armed forces will be expected to fill the vacuum – fueling criticism against the military’s “meddling,” and eroding the functionality of the system of governance.

In the midst of a global pandemic, regional geostrategic policies will likely be placed on hold. Pakistan’s hard-fought international effort on Kashmir and its involvement in the U.S-Taliban peace deal will be pushed out of the limelight. The Indian government can be expected to capitalize on this crisis, as attention will shift away from the lockdown in Jammu and Kashmir, a territory that forms the core of Pakistan’s regional security policy.

India has already taken the opportunity to project itself as a responsible regional player, willing to bring South Asian countries on the same page to tackle this crisis. Unsurprisingly, during the last meeting of the SAARC a week ago, Pakistan’s state health minister told India to lift the imposed curfew in Jammu and Kashmir rather than presenting Pakistan’s plan to deal with the health crisis.

It should not be forgotten that Pakistan is the only nuclear-armed country with a track record of dozens of militant organizations operating in the region. Any prospect of breakdown of law and order will have unforeseeable consequences, particularly since militant groups “seek to capitalize on the nuclear weapons discourse in the country to gain domestic political influence,” as put by Sharad Joshi at the Middlebury Institute of International Studies.

CONCLUSIONS: Pakistan is expected to become an epicenter of Covid-19 infections in the coming weeks. Pakistan is a densely populated country that suffers from a severely underfunded public health infrastructure, poor governance and weak institutions. Moreover, it is in the geographical proximity of Iran, one of the countries hit hardest by the pandemic. Thus, developments in Pakistan should worry the international community. The country’s military is likely to deepen its influence in politics as it prepares to lead the crisis management situation concerning the outbreak. Pakistan’s regional security policy will face a serious challenge, as the Afghan peace process and India’s lockdown of Jammu and Kashmir become side issues for the international community. The outbreak has the potential not only to start another sectarian war in the country, but also to offer militant groups an opportunity to challenge the state’s writ further.

More in this category: « New Hope for a Breakthrough in the Nagorno-Karabakh Deadlock? The Eurasian Union Flunks Its Stress Test »
back to top