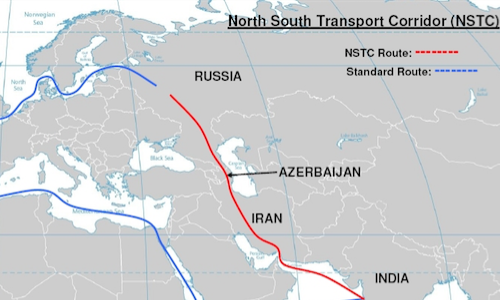 BACKGROUND: On August 8, Azerbaijan’s capital Baku hosted a summit of the Azerbaijani, Russian and Iranian Presidents. It was the first time that these three leaders met in this new trilateral format to discuss regional issues, cooperation and challenges. The meeting took place at the initiative of Azerbaijan’s President Ilham Aliyev. Earlier this year, on February 23, Aliyev travelled to Tehran to meet his Iranian counterpart Hassan Rouhani, after which the organization of the August meeting was agreed via phone calls to Presidents Putin and Rouhani.

The participants of the trilateral summit focused on issues pertaining to regional trade and commerce, the legal status of the Caspian Sea, as well as joint efforts to fight terrorism, extremism and separatism. The three leaders also signed the Baku declaration, asserting that they “will continue the comprehensive development of equal and mutually beneficial cooperation, intensify and expand the political dialogue on various levels and on all issues of mutual interest, develop the trilateral format of cooperation in the spheres of culture, tourism and business.”

While the presidents spent a considerable amount of time on joint meetings as well as bilateral meetings to discuss the regional security agenda, including political instability in the region, the war in Syria, the influx of refugees and other challenges, the main focus of the trilateral meeting was the implementation of effective measures to develop the transportation and communication infrastructure in order to expand the opportunities for passenger and cargo transportation via the North-South corridor. Azerbaijan established Baku International Sea Port in 2015, aiming to turn Azerbaijan’s capital into a transport hub of the region and increasing cargo transit via Azerbaijan.

During Aliyev’s visit to Iran, the issue of connecting the two countries’ railway systems was high on the agenda. Azerbaijan and Iran have commenced the construction of an 83 meter-long bridge over the Astarachay River, which is located on the bilateral border. Each side will pay 50 percent of the cost. At the same time, Azerbaijan has started building 8 kilometers of railway to connect its national railway system to that bridge.

Iran needs to build 164 kilometers of railway to connect the city of Rasht to the bridge. Works are reportedly underway on this project, jointly implemented by Iran and Azerbaijan. Azerbaijan has loaned Iran US$ 500 million to complete this railway, the total cost of which is estimated at US$ 1 billion. “The allocation of a loan by Azerbaijan to this project accelerates the implementation of the North-South transportation corridor,” according to Iran’s Minister of Communications and Information Technology Mahmoud Vaezi.

Once all necessary infrastructure is ready, the North-South transport corridor will be the shortest way to connect Indian ports and markets with Russia and North European markets via Iran and Azerbaijan. The so-called “Mumbai-St. Petersburg” route will be a popular destination for cargo, estimated at 5 million tons in the beginning and 10 million tons at the expanded stage. In Baku, President Rouhani noted that “We must try to reduce trade tariffs between the two countries.” Indeed, the success of North-South corridor will depend not only on construction works, but also on effective synchronization of national legislation as well as tariff issues and transport fees.

IMPLICATIONS: This trilateral summit will have significant implications for regional economics and politics. Above all, Iran and Russia have enjoyed warm relations over the past decade and the advent of a trade and transport corridor will further cement these ties. It should also be possible to attract Turkey into this deal in the future, considering Ankara’s current level of frustration with the EU membership process and the strained relations between Ankara and Washington. If so, the Iran-Russia-Turkey union will be a significant power in the greater Eurasia region. If these three countries can sort out their differences over Syria, they could work well together to promote regional security and mutually beneficial trade. Azerbaijan’s role in this strategic alliance will also be crucial as official Baku already enjoys warm ties with Ankara.

Regarding trade, the North-South transport corridor will imply a major geopolitical change in the region. Traditionally, the Western countries have supported the idea of an “East-West” transport and energy corridor. In the 1990s, the EU initiated the so-called TRACECA project, in line with the strategic goal of reviving the ancient Silk Road and connecting Europe to Asia via Azerbaijan and Central Asia. Major pipelines, roads and railroads were built for this purpose. Azerbaijan is currently constructing the Baku-Tbilisi-Kars railroad, which will be the crucial element of this “East-West” transport corridor.

Iran and Russia have been sidelined from this corridor and most of the projects have bypassed these two powers. With the emergence of “North-South” transport corridor, Iran and Russia will again increase their clout in this region. This project could also pave a way for a possible consensus on the long-standing dispute on the legal status of the Caspian Sea. At the same time, the “North-South” corridor will strengthen energy cooperation between these nations. Iran can sell its oil and gas to European markets via Azerbaijani and Russian pipelines.

For Azerbaijan, as well as for Iran and Russia, the launch of this transport corridor is a way to reduce dependence on oil revenues, boost GDP and develop the non-oil sector. All three nations are in need of joint economic and trade projects. In fact, while in Baku, Rouhani proposed “to create a free trade zone between the two countries.” Aliyev issued a decree earlier this year on the establishment of a free economic zone in the territory of Baku International Sea Port.

Finally, the “North-South” Corridor will also help change the nature of Iran-Azerbaijan and Russia-Azerbaijan relations. Despite tensions in the past, both Iran and Russia now view Azerbaijan mainly as an economic partner. Iran, although having sought in the past to export Islamic revolution and fund Islamic parties in Azerbaijan, has now reversed that course, putting more emphasis on trade and commerce issues. During the trilateral summit, Iranian and Azerbaijani government officials signed agreements on the establishment of a car plant in Azerbaijan as well as cooperation in the banking sphere. These are just the initial steps in bilateral economic cooperation. This pragmatism and focus on economic issues is very much welcomed in Baku, which has long viewed Iran’s political agenda vis-a-vis Azerbaijan with suspicion. The current level of cooperation on the North-South Transport corridor raises hope that the two nations have finally found a formula for successful neighborly relations.

CONCLUSIONS: President Rouhani has proven able to alter Iran’s relations not only with the West but also with its immediate neighbors. Azerbaijan has welcomed this pragmatism, opening its arms to Tehran for economic and transport cooperation projects. The “North-South” corridor will bring Russia, Azerbaijan and Iran even closer and foster peace and security in this region. It will significantly reduce transport fees and passage times for cargo from South Asia to North Europe and back. It will also cement the geopolitical alliance and attract other regional countries. For Azerbaijan, it will be a major step towards becoming a trade hub for the region and increasing non-oil revenues. The “North-South” corridor will complement the “East-West” transport corridor and create a favorable network for Central Asian nations as well.

More in this category: « Unrest in Gilgit-Baltistan and the China-Pakistan economic corridor A new balance of power in the Black Sea? »
back to top