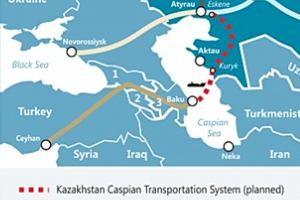 BACKGROUND: The golden years of cooperation between Russia and Turkey ended when the Turkish air force decided to shoot down a Russian jet near the Syrian-Turkish border in November 2015. Russia responded by imposing economic sanctions, adopting restrictions and bans on Turkish imports, and on works and services provided by Turkish companies. The Russian government also suspended the visa-free regime with Turkey, banned charter flights and urged travel agencies to suspend the sale of holiday trips.

While the international community urges both sides to deescalate the tension, Russia retains a firm pressure on Turkey. Russia’s President Vladimir Putin described the incident as “a stab in the back” and expects a high-level apology and compensation. While Turkey insists that the jet was in its national airspace, claiming that Ankara used its right to self-defense, it has made some minor efforts to repair the relations. Putin, however, appears determined to make Turkey pay the price. Russia has now taken further steps at the international level and it is pressuring the Central Asian countries to take sides with Moscow against Ankara.

During the December 2015 Moscow Summit of the Collective Security Treaty Organization (CSTO), calls were made on Turkey to apologize to Russia. Russia also closed the Eurasian Economic Union’s (EEU) door to Turkey. Although Ankara did not make an official proposal, the Turkish side has openly shown interest and Kazakhstan’s President Nazarbayev had supported Turkish membership in the EEU. Yet in late December, during the meeting of the Intergovernmental Council of the Eurasian Economic Union, the Council announced that it will start working on a free-trade area agreement with Iran, and not with Turkey.

IMPLICATIONS: Azerbaijan is the only country in the region taking Turkey’s side. Its official channels and news agencies have remained relatively silent on the jet issue and Azerbaijan was the only participating country that refrained from condemning Turkey during the Commonwealth of Independent States (CIS) Inter-Parliamentary Assembly meeting. However, Azerbaijan’s President, Ilham Aliyev, expressed concerns over the tension and highlighted that, representing a country with historical and cultural ties to both parties, he is ready to do his part to improve the relations.

Azerbaijan has gained two important outcomes from the unexpected deterioration in Russian-Turkish relations. To punish Turkey, Russia closed transit across its territory for Turkish trucks carrying goods to the Central Asian countries, blocking them at the Russian-Georgian border. Given that the Armenian-Turkish border is closed, the only viable alternative transportation route for Turkish goods is through Georgia to Azerbaijan, and then via ferry from Baku to Aktau (Kazakhstan) or Turkmenbashi (Turkmenistan), and then on to final destinations across Central Asia. The Azerbaijan-Caspian Sea-Turkmenistan route is actually shorter than the one crossing Russia, but was previously discarded due to higher transportation costs.

Aliyev ordered the Azerbaijani route open for Turkish truck traffic and to facilitate the use of it, Azerbaijan reduced the transit costs (the Caspian Shipping Company reduced tariffs by nearly 40 percent for cargo transportation going to Aktau and Turkmenbashi); extended multiple visas for drivers of buses and large capacity vehicles for a year; and signed a protocol with Turkey on international road transportation, where they discussed the prospects for developing road transportation. By these measures, Azerbaijan aims to shift its “alternative” transportation route into a permanent one. The Azerbaijani route should be evaluated in its broader context: it would strengthen the development of the Trans-Caspian corridor, as a southern transportation and trade route between Europe and Asia.

A second outcome beneficial to Azerbaijan relates to its energy exports. In 2011, Turkey and Azerbaijan announced their will to construct the Trans-Anatolian Pipeline (TANAP) in order to become Europe’s fourth natural gas corridor. In March 2015, construction began on the Turkish section and the pipeline is expected to become operational in 2018. The deterioration of Russia-Turkey relations, which negatively affects Turkey’s energy security, once again revealed the importance of Azerbaijani-Turkish cooperation in the energy sector. In fact, in the days following the jet incident, Aliyev and Turkish Prime Minister Ahmet Davutoglu jointly announced their decision to speed up TANAP project. Both consider it vitally important to bring Azerbaijani gas to European markets; Azerbaijan will profit from its gas revenues and Turkey, as a transit country, will secure future non-Russian gas flows.

Kazakhstan, which has strong economic and cultural ties with Russia and Turkey, seeks to remain neutral while balancing both parties and avoids making strong statements that could hurt its relations with Moscow or Ankara. In an official announcement about the incident, Kazakhstan’s Ministry of Foreign Affairs defined the downing of the jet as a “tragic incident” that was “regrettable.” The statement continued by calling on Russia and Turkey to deescalate tensions and focus their attention on fighting international terrorism.

On a personal level, Kazakhstan’s President Nazarbayev has on several occasions urged Moscow and Ankara to “find common ground and not ruin the relations that have been built over many years.” Conscious of the possible negative repercussions for the entire region, Nazarbayev recommended both sides to stay calm and proposed the establishment of a joint commission to investigate the incident. So far, Kazakhstan has been the only country seeking to assume a mediator role between Russia and Turkey but neither Erdoğan, nor Putin have accepted the proposal. However, according to Kazakh news agencies, the Turkish President phoned his Kazakh counterpart and expressed his will to meet President Putin to discuss the event. Furthermore, as in the case of Azerbaijan, Kazakhstan stands to gain from the development of the Caspian trade route.

Turkmenistan also seeks to keep its distance from the issue. Until now, it has maintained a neutral position. This is in line with the country’s foreign policy, based on the principle of neutrality. While Uzbekistan and Tajikistan seem indifferent, Kyrgyzstan is the only country siding explicitly with Russia. After Putin’s call at the CIS meeting, President Atambayev criticized Turkey for shooting down the Russian jet and urged Ankara to apologize. This was unfortunate for Turkey, given that Atambayev and Erdoğan have a very close and friendly relationship, and that Kyrgyzstan is one of the main Turkish aid recipients in Central Asia.

CONCLUSIONS: Kazakhstan and Azerbaijan seem to be the countries most affected by the current Russian-Turkish situation. From a political perspective, neither Kazakhstan, nor Azerbaijan are willing to take sides but in practice, especially for economic reasons, a certain alignment is taking place. While Russia seeks to damage Turkey’s economy by imposing sanctions, Azerbaijan’s decision to reduce costs and facilitate visas for Turkish truck traffic has helped Turkey maintain its trade with the region. Furthermore, Turkey depends heavily on Russian natural gas. Finishing TANAP as soon as possible will, to a degree, decrease Turkish dependency on Russian gas. Regarding Kazakhstan, Turkey could use Nazarbayev’s mediator position to gain political support from the other countries in the region. Most importantly, Turkey could take advantage of the unfortunate event to strengthen its trade and economic ties with the Central Asian countries. Now that Turkey faces economic sanctions from Russia, Ankara is searching for alternative markets to recover its loss. According to Haber 7 News, Turkey’s Ministry of Economy has already expressed that it will prioritize Central Asian and Caucasian countries, especially the Azerbaijani and Kazakh markets. By combining access to the Azerbaijani trade route with an active trade policy, Turkey could finally build solid ties with the Turkic countries. However, how Russia would respond to this remains an open question.

AUTHOR’S BIO: Ipek Velioglu is an intern with the ISDP’s Silk Road Studies Program. She holds an MA in International Relations and European Studies from the University of Florence and has previously held internships at the Mediterranean and Middle East Program, Istituto Affari Internazionali in Rome and at the European University Institute in Florence. Her research interests include Turkey’s domestic and foreign policy, and oil and gas politics in the Eurasian region.

More in this category: « TAPI and India's energy diplomacy The Russian-Turkish Confrontation as Leverage in Putin’s Hands vis-a-vis NATO »
back to top