Kazakhstan’s Minister of Education recently hinted that the country’s ambitious program for internationalizing its higher education system may stand to be revised in light of the slowdown in Kazakhstan’s economy. The experts are divided: some suggest that Kazakhstan’s government is abandoning its internationalization program and probably will cut spending on education. Others suggest that the Ministry of Education (MoE) is facing temporary difficulties due to the decline in energy exports revenue and will attempt to keep most of the existing internationalization programs and projects intact. 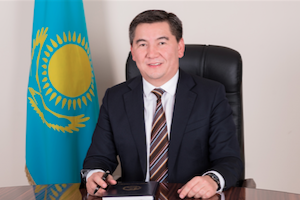 BACKGROUND: At the annual Bolashak Alumni Reunion Conference and Education Fair (BARCEF) in October 2015, Minister of Education Arslan Sarinzhipov reasserted to the local and international audience and recent graduates that the country’s government is committed to continue supporting the internationalization of education and funding major education initiatives despite the challenges presented by a steep economic slowdown. Yet, he suggested that there would be changes in priorities and the revision of some existing programs, including international programs. The BARCEF has become one of the country’s largest education conferences, organized jointly by the Ministry of Education and the Bolashak (“Future”) government scheme to fund the national study-abroad program opened in 1993. At the 2015 event, numerous local and international experts discussed lessons learned, identifying future opportunities and trends in internationalizing the country’s education system.

Indeed, during the last decade Kazakhstan has been among the most enthusiastic supporters of the Bologna Process (it signed the Bologna Charter in 2010), focusing on the internationalization of its institutions of higher learning and developing Research and Development (R&D) links with major global centers of excellence. As early as the 1990s, the government embarked on an ambitious program to reform the entire Kazakh education system, setting up a number of specific targets and collaborating with international organizations and foreign universities, especially within the Bologna process. Several strategic programs were established including the State Program on Development of Education until 2010 (SPDE-2010), which was followed by SPDE-2020 with the specific goal of “increasing competitiveness of education.”

IMPLICATIONS: One of the steps taken by the MoE was to develop its comprehensive internationalization program.  A major component of the program was the Bolashak initiative, which was exclusively funded from the state budget to the tune of about US$ 100 million a year and which sent more than 11,000 students to 220 foreign universities in 2015, including almost 3,000 students to universities in the U.S. The government also established an international academic exchange program for short-term academic exchanges, providing up to 300,000 Kazakh tenge (about US$ 1,000) to send up to 1,000 graduate degree students per year to visit foreign universities and participate in summer or winter schools or international conferences. In addition, faculty members from the largest universities in the country could receive funding for international collaboration and R&D on a competitive basis by applying for research grants directly from the MoE. This research grant program was run annually, establishing a western-style competitive grant scheme providing up to 10 million tenge on average to conduct innovative research in the social and technical fields and to develop collaboration by sending Kazakhstan’s scholars to foreign partner institutions, inviting leading foreign scholars to visit Kazakhstan, or both.

The efforts to globalize and internationalize higher education in Kazakhstan have led to significant changes both in the institutional setting of education management and in curricular development practices across the country. This was in response to rapid changes in the economy and the emergence of new challenges due to growing competition in the regional and global markets as the country joined the Eurasian Customs Union (2010) and the World Trade Organization (WTO) in 2015, and then a steep economic slowdown in 2014 and 2015 due to a decline in revenue from energy exports.

As in many countries in Eastern and Central Europe, the output of Kazakhstan’s education system has been linked to the needs of labor market, and the internationalization of higher education has had visible implications across the nation. First, the introduction of the Bologna process and the increased autonomy of universities (although very limited) have helped introducing a certain flexibility in organizing, developing and managing education programs, such as the introduction of new specialties and courses which were not previously available in the country.

Second, the government defined national priorities within the National Strategy of Development Kazakhstan-2050, including a program called “100 Concrete Steps, a Modern State for All.” Between 2008 and 2014 the country increased budget spending by almost 50 percent on the education system in general and on the ten flagship national universities designated as research universities.

Third, the Bolashak program provided high quality education to an entire cohort of students who filled many managerial positions in the government and provincial administrations, though only about two percent of them joined the higher education institutions in the country. Fourth, the MoE has partially succeeded in reversing the decline in the quality of education, achieving 70th position in the UNDP Human Development Index (2013), way ahead of Azerbaijan, Georgia and Ukraine. This reversal was also reflected by the QS International Ranking Agency, which ranked Al Farabi Kazakh National University on 275th place in its QS World University Rankings in 2015, up from 305th place in 2014.

CONCLUSIONS: International experience, particularly in the countries of Central and Eastern Europe, suggests that the higher education system should be linked to the needs of local labor markets and to the Foreign Direct Investment (FDI) patterns by incorporating international standards and qualities. In this context, Kazakhstan’s education system still needs significant strengthening and improved flexibility in order to meet the challenges of globalization. In addition, there is a need for supporting and developing research universities, which could serve as flagship education and R&D magnets for attracting local and international talents and to develop or adapt innovative technologies.

Therefore, the government of Kazakhstan would be well advised to adapt to the new economic and social realities of the national and regional economic slowdown, and focus on best practices within the country by providing tailored support and funding to its best programs, but it should not abandon reforms. It should also re-open its decade-long international exchange program, which was almost halted in 2015 due to the budget cuts. And finally it should tap into the existing potentials of the Bolashak program by mobilizing more Bolashak graduates for teaching and managing positions at universities across the country to bring best international practices and fresh blood into the higher education institutions.

AUTHOR’S BIO: Rafis Abazov, PhD, is a visiting professor at Al Farabi Kazakh National University and a director of MDP/Global Classroom Program. He also teaches at SIPA, Columbia University, NY. He is the author of “The Formation of Post-Soviet International Politics in Kazakhstan, Kyrgyzstan and Uzbekistan” (1999), “The Culture and Customs of the Central Asian Republics” (2007) and “The Role of Think Tanks in the Policy-Making Process in Kazakhstan” (2011), and a contributor to the UNECE Innovation Performance Review of Kazakhstan (2012). He is also editor of the book series “Literary heritage on the Great Silk Road” (2012-2015).

More in this category: « A breakthrough in Iran-Azerbaijan relations? Armenia's economic woes »
back to top