Contents
Analytical Articles
IRAN, A NUCLEAR TREATY, AND ITS NEIGHBORS, by Stephen Blank
THE PROSPECTS OF IS IN AFGHANISTAN, by Sudha Ramachandran
AZERBAIJAN AND KAZAKHSTAN FACE TOUGH ECONOMIC DECISIONS AMID DECREASING OIL PRICE, by Nurzhan Zhambekov
CONFLICT-RELATED VIOLENCE DECREASES IN THE NORTH CAUCASUS AS FIGHTERS GO TO SYRIA, by Huseyn Aliyev 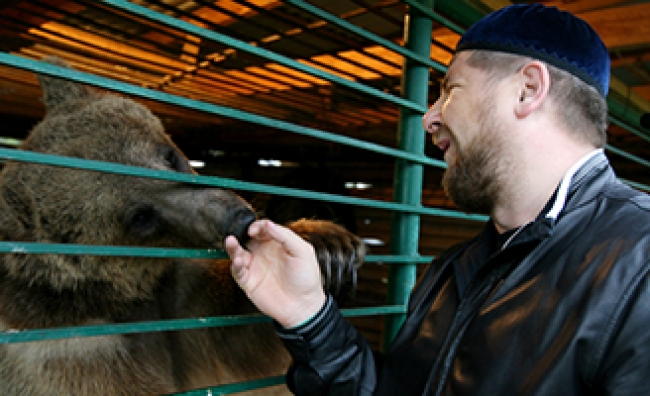 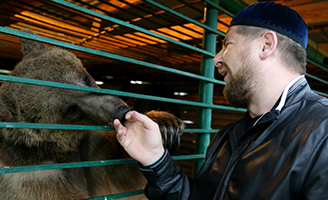 Ingushetia's Leader Claims the End of Insurgency in His Republic

On May 17, the head of the republic of Ingushetia, Yunus-bek Yevkurov, announced in an interview to the Russian News Service radio station that there are only 14 insurgents left in the republic. Yevkurov insisted that his security services have detailed profiles on these members of the insurgency, who have long been included in federal search lists. Despite detailed information about the identities of these militants, their whereabouts remain unknown to the authorities because, as stated by Yevkurov, “these people are spread all across the republic: some of them are hiding in forests, others in urban areas.” Realizing that his quantitative assessment of the insurgency’s strength is rather hard to believe, Yevkurov added that “of course, these bandits have assistants and kin members who can easily join their ranks, when needed.” The latter statement suggests that the authorities are well aware that the actual number of members of the Islamist underground in the republic is above the figure claimed by Yevkurov.

In Yevkurov’s words, the main reason why the republic’s security services, several thousand-strong, have so far failed to locate and neutralize a dozen insurgents, is due to the militants’ “exceptional” sophistication. As stated by Yevkurov, “these bandits have extremely good counterintelligence, they know how to conceal their radio and phone communication. To a certain extent they are one step ahead of modern technology.” Hence, the head of Ingushetia tacitly admitted that the militants are not only better equipped than his counterterrorism units but also have better access to modern technology. Yevkurov narrowed down the explanation for this “superior professionalism” of Ingushetia’s militants to their training by “foreign secret services.” He emphasized that “here in Ingushetia, hiding in mountains, it is impossible to learn all these things.” The latter statement falls in line with the common rhetoric of blaming the effectiveness of Islamist insurgents in the region on their alleged links with foreign (presumably Western) intelligence services, which was previously reiterated by Chechnya’s leader Ramzan Kadyrov.

Nonetheless, Yevkurov announced that “terrorism has been defeated” in his republic and that over the past four years, 80 members of the Islamist underground have voluntarily surrendered. All 80 of them were later amnestied and only one has since re-joined the militants.

However, Yevkurov’s bold announcement about the demise of the insurgency comes amid a relative decrease in militant activity across the North Caucasus. In fact, only one insurgency-related incident in the republic has occurred since the start of the year, in which one member of the security forces was killed in a confrontation with militants, while one insurgent was injured.

While some analysts suggested that the decrease in militant activity is due to last year’s killing of the head of Ingushetia’s insurgency, Arthur Gatagazhev, the decline of the Ingush wing of the Caucasus Emirate (CE) is more likely a part of the overall decomposition of Islamist insurgency in the North Caucasus. Quantitatively, Ingushetia’s branch of the CE started phasing out its activities after the capture of its founder, amir Magas (Ali Taziyev) in 2010, which weakened its position within the CE. For example, as estimated by the Caucasus Knot, only 37 people became casualties of the armed conflict in Ingushetia in 2014, in comparison to 94 victims in 2013. In 2011, following the capture of amir Magas, the number of insurgency-related casualties decreased to 108 from 326 in 2010. Yet, Ingush militants have managed to increase the rates of violence in the following year, causing 167 casualties. Nevertheless, the overall decline of the CE has delivered a heavy blow to the Ingush insurgency, leaving it in steady recession. This decline became even more obvious after the death of the CE’s longtime leader Doku Umarov in late 2013 and the failure of his successor, Dagestani cleric Aliaskhab Kebekov, to prevent the CE’s decomposition.

Given that the current head of Ingushetia’s militants recently announced his decision to pledge loyalty to the Islamic State (IS), the withdrawal of significant numbers of Ingushetia’s militants from the CE becomes imminent. Given the traditionally close linkages between Ingush and Chechen Islamists, the above move can be expected to create cleavages within Ingushetia’s insurgency similar to the situation in neighboring Dagestan. In this light, the current lull in insurgency-related activities in the republic is likely a consequence of internal strife within the CE rather than the ability of Ingushetia’s security forces to put an end to the insurgency.