Armenia’s incumbent Prime Minister Nikol Pashinyan and his Civil Contract party won by an overwhelming margin in snap elections on June 20. Pashinyan confirmed his strong mandate despite his government’s responsibility for the defeat in the 2020 war with Azerbaijan over Nagorno-Karabakh, and its limited success in handling pressing issues such as the return of Armenian prisoners of war and the border conflict with Azerbaijan. Post-war Armenia faces a large number of serious challenges and to tackle them Pashinyan and his team will have to downplay its populist rhetoric in favor of improved governance. 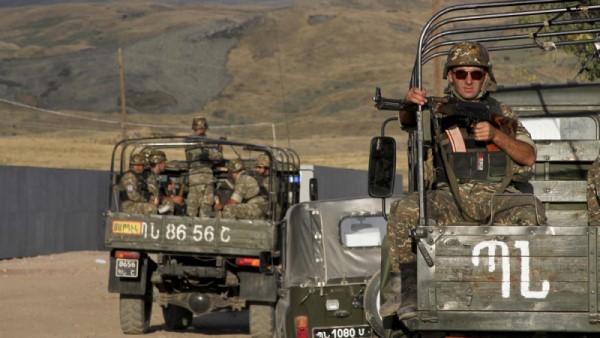 BACKGROUND: The decision to hold snap parliamentary elections came in March 2021, resulting from a tactical agreement between Pashinyan and the then leader of the largest oppositional group in parliament – Gagik Tsarukyan of the Prosperous Armenia Party.

Pashinyan hoped that early elections would put an end to the serious political crisis in Armenia since its defeat in the Second Karabakh War. As a result, Armenia lost control over large parts of Nagorno-Karabakh, including the important city Shusha (Shushi in Armenian). The war also resulted in a serious humanitarian catastrophe with thousands killed, wounded and displaced. Moreover, the military conflict with Azerbaijan coincided with a serious economic and health crisis caused by the coronavirus pandemic and a lockdown. It also reinforced disappointment with Russia, which did not take Armenia’s side in the conflict despite its obligations as an ally. In light of the profound political crisis shaking the country, widespread calls for the government to step down and even attempts to topple it, Pashinyan withheld the decision to hold snap elections until several months after the disastrous defeat.

The tripartite ceasefire agreement of November 9, 2020, ending the Second Karabakh War, was widely seen in Armenia as a crushing capitulation. It triggered widespread protests and mobilized the opposition, which by various different means sought to force the government to resign. Three former political leaders – Levon Ter-Petrosyan, Robert Kocharyan and Serzh Sargsyan, called on the Prime Minister and his cabinet to step down. Religious leaders such as Catholicos Karekin II joined the appeal and urged the parliament to form a government of national unity in a bid to end the political crisis in the country. The protests were organized by the Homeland Salvation Movement, bringing together 16 opposition parties including the former ruling Republican Party and Prosperous Armenia. The coalition nominated Vazgen Manukyan, a former Prime and Defence Minister of Armenia and a leading proponent of Armenia’s independence and Karabakh’s unification with Armenia in the late 1980s, as Prime Minister and he went as far as calling for an uprising to topple the government.

The most serious effort in this regard came in February this year and provided new impetus to the opposition protests which were slowly abating. On February 25, dozens of senior Armenian officers issued a statement urging the prime minister and his cabinet to step down, asserting that his poor leadership brought the country to disaster and was unable to solve the profound crisis that followed. The appeal also criticized Pashinyan for dismissing Lieutenant General Tiran Khachatrian, the first deputy chief of staff of Armenia’s army, allegedly because the general denounced Pashinyan in an interview to the media. Pashinyan responded by calling the appeal a coup d'etat and promptly dismissed General Onik Gasparian, Chief of the General Staff of the Armed Forces. The dismissal triggered a legal back-and-forth between the prime minister’s office and President Armen Sarkissian who refused to relieve Gasparian from his duties. Pashinyan also mobilized his supporters and during a rally in Yerevan issued thinly-veiled warnings that the army must be held accountable for its own shortcomings.

IMPLICATIONS: 22 parties and four alliances took part in the parliamentary elections but only three contenders were able to clear the electoral threshold. The incumbent prime minister’s Civil Contract party received a surprisingly high percentage of the votes – 53.91 percent and won 71 out of 107 seats in the legislature. Civil Contract will thus retain a two-third majority in the next convocation of the parliament. The Armenia Alliance, an opposition bloc led by former President Robert Kocharyan came in as distant second with 21.11 percent, which will give them 29 seats in the legislature. The last faction to win seats in the parliament (5.22 percent, 7 seats) was the opposition coalition I Have Honor Alliance, led by Arthur Vanetsyan. In 2018-19, Vanetsyan served as director of Armenia’s National Security Service appointed by Pashinyan, but turned to oppose the government after his dismissal from the post. Vanetsyan’s bloc gathered some notable politicians from the old regime including former president Serzh Sargsyan.

Even though the popularity of Pashinyan and his cabinet fell sharply after Armenia’s defeat in the Second Nagorno-Karabakh war he was still able to win decisively in the snap elections. Even the security issues relating to the recent border conflict with Azerbaijan, culminating just before the elections, did not significantly alter the outcome. In these circumstances, Pashinyan’s landslide victory came as a surprise to many observers. All the more so since pre-election polls predicted that Armenia Alliance would go head-to-head with the ruling party or would win the election. Analysts assert that Pashinyan’s strong mandate has less to do with approval of the current prime minister than with the fear among voters that political figures from the old regime associated with corruption and human rights infringements would again come to power.

Although Armenia is grappling with a severe post-war crisis, the pre-election campaign that officially started on June 7 focused little on concrete governance issues but was dominated by harsh rhetoric and personal insults. Political opponents called Pashinyan a “traitor,” accusing him of alcoholism and mental illness. The opposition from the start blamed Armenia’s defeat on Pashinyan and his cabinet and accused the prime minister of worsening ties with Russia. The main opposition forces Armenia Alliance and I Have Honor both advocated stronger integration with Russia, assured voters that they would broker a more beneficial settlement of the Karabakh conflict and put forward plans to remove Western-funded NGOs from Armenia.

In turn, Pashinyan reminded of the corruption and embezzlement of funds especially in the army under the former regime. The incumbent prime minister promised a “political vendetta” on those who forced their employees to vote in a certain way or take part in political rallies, and a post-election purge in the state apparatus to get rid of “Trojan horses.” In the most bizarre moment of the campaign, Pashinyan announced that he is ready to send his son as a detainee to Azerbaijan in exchange for all Armenian prisoners of war who are held by Baku. Aside from the turbulent pre-election campaign, the overall vote received positive reviews from Armenia’s international partners and election watchdogs and was evaluated as “competitive and well-managed.”

CONCLUSIONS: Armenia’s embattled prime minister fared far better in early elections than many analysts predicted. However, Pashinyan’s electoral base has shrunk in comparison to the 2018 Velvet Revolution and subsequent parliamentary elections. This is a result of the government’s chaotic and ineffective management of state affairs, which contributed to Armenia’s defeat in the Second Nagorno-Karabakh war as well as the subsequent post-war chaos. The renewed mandate for Pashinyan and his party resulted from the fact that many voters saw no viable political alternatives and feared that political figures associated with the previous regime might return to power.

Although Armenia now has a stable parliamentary majority that renewed its political mandate in the recent elections, the political crisis that has shaken the country has continued. The Armenia alliance has challenged the elections results, claiming widespread fraud, while relations between the parliamentary majority and government and the opposition have been defined by constant confrontation. Meanwhile, the country faces several critical political and security problems. The most pressing is the ongoing border conflict with Azerbaijan in southern Armenia, which escalated even further in August as Azerbaijani soldiers blocked Armenia’s main north-south highway.

Natalia Konarzewska ( This email address is being protected from spambots. You need JavaScript enabled to view it. ) is a graduate of the University of Warsaw and a freelance expert and analyst with a focus on political and economic developments in the post-Soviet space.