The U.S. ambassador to Kyrgyzstan has expressed her concern over the country’s ability to maintain and follow the democratic trajectory in light of increasing ties with the Kremlin.

“Kyrgyzstan’s growing cooperation with Russia is a challenge to our efforts to support Kyrgyzstan’s democracy,” Ambassador Pamela Spratlen wrote in an article published on the website of the Council of American Ambassadors earlier this week. “Kyrgyzstan’s new leadership would welcome a partnership with the United States, but places a priority on its relationship with Russia, which often comes at our expense. It remains an unanswered question how Kyrgyzstan can maintain its democratic trajectory while pursuing this partnership,” Spratlen wrote. The Ambassador did not elaborate on how exactly Kyrgyzstan’s democracy was under threat, but she did note that, as a result of pressure from the Kremlin, Bishkek was forced to evict the U.S. Military airbase at Manas, is set to join the Russia-led Customs Union and has largely accepted the Russian narrative of what is happening in Ukraine due to the massive presence of Russian media sources in the country.

The statement of Washington’s envoy drew heated discussions in the local political and expert circles. According to Kyrgyzstan’s former General Prosecutor Kubatbek Baibolov, the Ambassador’s concerns are not groundless. “It is not a secret that over the course of only one year, Kyrgyzstan has taken a big step back in its democratic development and reforms. Look at how law enforcement bodies are now treating peaceful protesters and civil society groups protesting the decision of the authorities to enter the Russia-led Customs Union,” noted Baibolov.

Indeed, signs abound that Central Asia’s only democracy is increasingly unable or unwilling to maintain its democratic trajectory. The country has recently adopted initiatives that speak against the fundamental principles of democracy. Last month, Kyrgyzstan’s parliament outlawed the promotion of positive attitudes towards non-traditional sexual relations. Many observers detect the hand of the Kremlin, which passed a similar law banning “gay propaganda” last year. The U.S. Embassy in Bishkek issued a statement condemning the legislation, saying that it violates fundamental human rights principles, Kyrgyzstan’s democratic gains and constitutional guarantees. The parliament’s press office shot back, stating that the U.S. was interfering in Kyrgyzstan’s internal affairs.

In addition to this law, discussions are ongoing regarding the adoption of a law similar to that in Russia, requiring foreign-funded NGOs to register as “foreign agents.” The law presents a real threat to Kyrgyzstan’s relatively vibrant civil society and aims to limit their activities. These initiatives are not coincidental and indicate Moscow’s efforts to impose undemocratic views on its allies. As New York Times columnist Masha Gessen put it, “the promotion of Russian style legislation and ideology is a stealthy expansionist project.”

As ambassador Spratlen also noted, all these worrying developments seem to demonstrate that Kyrgyzstan’s increasing cooperation with Moscow might be coming at the expense of the country’s democratic achievements. A common view among local political analysts is that due to the country’s heavy economic dependency on Moscow, Bishkek has no other option but to join the Kremlin’s integration projects. According to the ex-speaker of the Kyrgyz Parliament Zainidin Kurmanov, from the economic standpoint, neither the European Union, nor the U.S. have much to offer Central Asia’s only democracy, facing serious socio-economic challenges and risks. In his words, “further cooperation with the EU and the U.S. can take place in the framework of the democratic governance agenda.”

During her recent visit to Bishkek, Deputy Assistant Secretary of State for South and Central Asia Fatema Sumar reiterated Washington’s readiness to further support democracy in Kyrgyzstan and called on the country to stay open and strengthen its relatively active civil society. Commenting on ambassador Spratlen’s article, Sumar replied that it contained nothing that the State Department hadn’t stated before.

In the meantime, the Senate Foreign Relations Committee has approved Spratlen’s nomination as U.S. Ambassador to neighboring Uzbekistan. If confirmed for the post by the full Senate, it will be Spratlen’s second ambassadorial post, in a country that is far less democratic and is considered by many to be reemerging as Washington’s main regional partner.

Armenia Becomes a Member of the Eurasian Economic Union

On October 9-10, Armenia’s President Serzh Sargsyan paid a working visit to Minsk to take part in a session of the Council of Heads of the member states of the Commonwealth of Independent States (CIS). After the CIS summit, Sargsyan participated in a session of the Supreme Eurasian Economic Council, during which he signed the agreement on Armenia’s accession to the Treaty on the Eurasian Economic Union (EEU). Thanking the heads of states for their political support in this process, the Armenian president assured that Armenia “will show a high sense of responsibility towards its membership in the Eurasian Economic Union” and expressed the hope that the heads of the EEU member countries will facilitate the ratification of the agreement in their national parliaments till the end of this year. Russia’s President Vladimir Putin expressed his deep conviction that “Armenia is ready to work equally with Russia, Kazakhstan and Belarus in the framework of the EEU.”

The process of Armenia’s accession to the EEU started more than a year ago, after it was declared as a foreign policy objective in Sargsyan’s statement on “Armenia’s desire to get accessed to the Customs Union,” made on September 3, 2013. Considering that the statement was made on the threshold of the Eastern Partnership Summit in Vilnius, where Armenia was expected to initial an Association Agreement with the EU, it represented a turning point of Armenian foreign policy.

The post-soviet direction of Armenian foreign policy and especially Armenian-Russian relations is one of the most debated topics in Armenian politics and Armenia’s accession to the EEU was given highly diverse verdicts from different observers. According to Aram Safarian, president of the NGO Integration and Development, Armenia’s “accession to the EEU will reinforce the security of Armenia and will present Armenia’s stance in the region in a more favorable way.” The same view was shared by economist Ashot Tavadian, a member of the Scientific Council of the Eurasian Bank. In an interview to Armenian daily Hayots Ashkharh, Tavadian said that if it would have remained outside the EEU, Armenia would have faced serious challenges in the spheres of energy, direct investments and export.

The agreement, signed on October 10, was closely scrutinized by Armenia’s political parties. According to the deputy of the Prosperous Armenia (PA) party’s faction of the National Assembly, Stepan Margaryan, PA favors any integration process that Armenia can join. In an interview to Zhoghovurd daily, Shirak Torosyan, a member of the National Assembly’s Standing Committee on Foreign Relations, emphasized that there are currently no beneficial alternatives to the Eurasian market, and believed that especially the customs regulations that will be introduced in the EEU members will be economically beneficial for Armenia.

In contrast, the Heritage party is the only political party that strongly disapproves of the Eurasian vector in Armenia’s foreign policy. Expressing their viewpoint to Tert.am, members of the Heritage Faction in the National Assembly, Tevan Poghosyan and Alexander Arzoumanian said their faction is against Armenia’s participation in Eurasian integration processes and will vote against the ratification of the agreement.

The former head of the Armenia’s National Security Service Davit Shahnazaryan stated in an interview to Aravot that since Armenia has little economic cooperation and actually shares no common borders with the other members of the EEU, Armenia will face economic challenges that could lead to a significant economic decline and a deterioration in living conditions. Moreover, some experts insist that the October 10 agreement was unconstitutional. Artak Zeynalyan and Daniel Ioannisyan, respectively representing the NGOs Rule of Right and Union of Informed Citizens, claim that certain clauses of Armenia’s Constitution do not allow the partial delegation of state sovereignty to other institutions.

Commenting on the possible effects of Armenia’s EEU membership on regional geopolitics, the founding director of the Regional Studies Center (RSC), Richard Giragosian, said that Armenia’s accession to the EEU may have a negative impact on Armenian-Georgian relations, as well as on the prospect for opening the border between Turkey and Armenia. According to political scientist Levon Shirinyan, Armenia should take advantage of its EEU membership and avoid the challenges. The expert believes that “Armenia can become a scientific-industrial unit which will serve the economic, scientific and technical market of the Eurasian Union.” 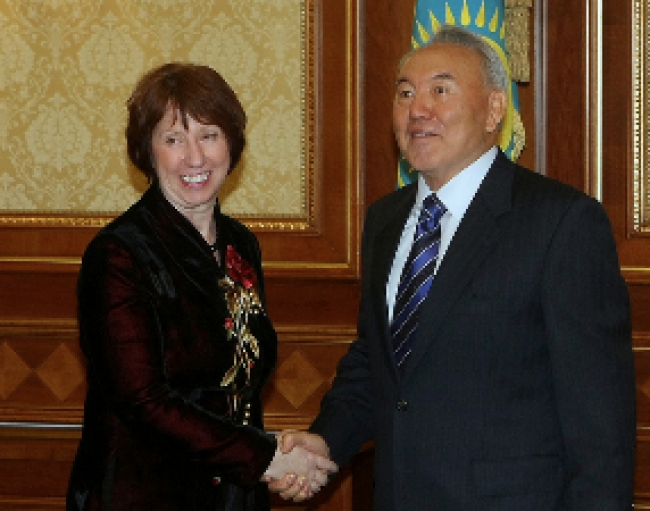 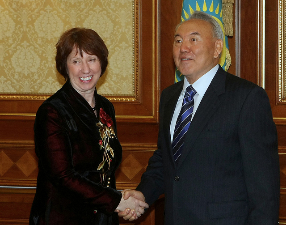 Russian-Proposed Treaty with Abkhazia Unravels Hopes for Rapprochment with Georgia 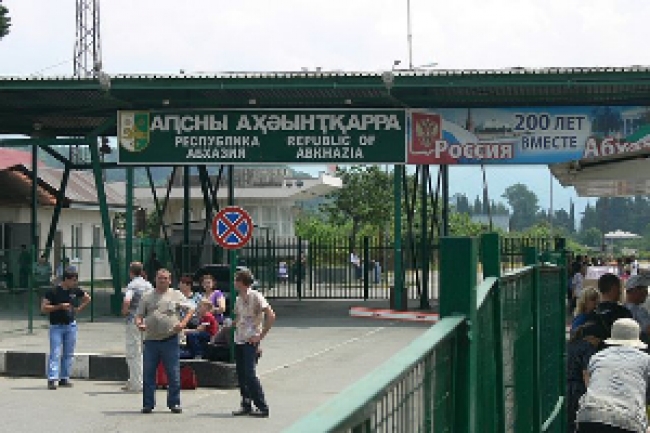 Georgia’s relations with Russia and its breakaway region of Abkhazia have deteriorated in recent months. Moscow-loyal Raul Khajimba’s ascent to power after the August presidential election in Abkhazia, followed by Russia’s proposed treaty on “alliance and integration” with Abkhazia, have given rise to concerns of a Russian annexation of the region and put both Georgia’s reconciliation process with Abkhazia and its attempts to normalize relations with Moscow at stake. In order to avoid a Ukraine-like scenario, Georgia’s Western allies must respond adequately to current developments. The Georgian government and opposition must also overcome their differences and adopt a united front regarding the common goal of restoring Georgia’s territorial integrity. 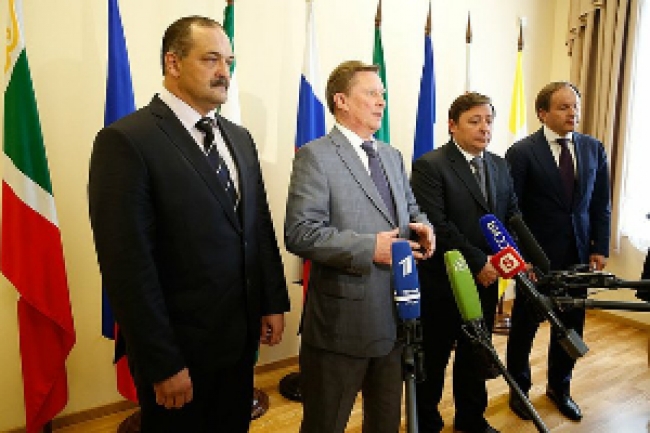 Moscow’s new envoy to the North Caucasus, Sergei Melikov, is flexing his administrative muscles and challenging Dagestan’s Head, Ramazan Abdulatipov. Abdulatipov’s opponents at the republican level also seem determined to seek the resignation of the republican governor. The counterterrorist operation regime has become endemic in some areas of Dagestan and the government’s promises to crack down on the hotbeds of insurgency have produced few results. The sense of a systemic crisis of governance is increasing in the republic as the current governor is running out of time to implement long-promised reforms. 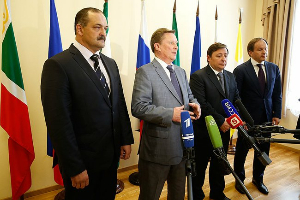